Deal activity in Asia rose 20% between the first and second quarter of the year, compared to a 9% gain in Europe and 3% in North America. There are 66 venture capital-backed unicorns in fintech worth US$248bil in total, while health care has 46 worth a total of US$116.8bil. — SCMP

China is home to three of the world’s 10 largest unicorns by valuation, including the top two, according to a new report that comes amid growing tensions between Beijing and Washington.

TikTok owner ByteDance leads with a valuation of US$140bil (RM585.06bil) while ride-hailing giant Didi Chuxing is in second place at US$56bil (RM233.96bil), among 488 global private companies valued at more than US$1bil (RM4.18bil), according to a report by research firm CB Insights. Tencent-backed startup Kuaishou, a rival to ByteDance, ranks seventh globally with a valuation at US$18bil (RM75.20bil).

Deal activity in Asia rose 20% between the first and second quarter of the year, compared to a 9% quarter-on-quarter gain in Europe and 3% in North America, according to a separate report from CB Insights.

China is ramping up efforts to expand its indigenous technology industry but some of its leading companies are coming under US restrictions amid escalating geopolitical and trade tensions between the world's two biggest economies.

Beijing-based Bytedance, one of the first big Chinese tech firms to achieve global success, is facing uncertainty after being ordered by the Trump Administration to divest its US operations, and may even have to withdraw from the market altogether. The company announced it would proceed with a legal challenge against the Trump administration on Monday US time.

Other Chinese unicorns, such as Shenzhen-based drone maker DJI Innovations and cryptocurrency giant Bitmain Technology, also made the list of the world’s most valuable unicorns. Six of the 10 largest unicorns are from the US, including Elon Musk's SpaceX and short-term home rental company Airbnb.

The health care and fintech industries each have numerous unicorns, the report said. There are 66 venture capital-backed unicorns in fintech worth US$248bil (RM1.03 trillion) in total, while health care has 46 worth a total of US$116.8bil (RM487.99bil), CB Insights said.

In a separate unicorn ranking earlier this month, the Hurun Report ranked Alipay operator Ant Group, the digital financial services arm of Alibaba Group, as the top-ranked unicorn with a valuation of US$150bil (RM626.70bil) on the back of its planned initial public offering in Shanghai and Hong Kong. Alibaba is the parent company of the South China Morning Post. – South China Morning Post 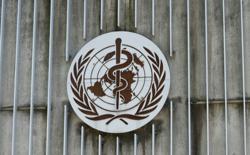 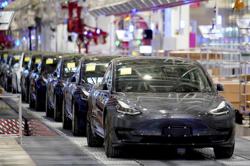