Children and teenagers in Germany spent 75% more time playing digital games during the coronavirus crisis than usual, a joint study by a German health insurance company and researchers from the University Medical Centre Hamburg-Eppendorf (UKE) has shown.

According to the results, the time spent by children and teenagers between ages 10 and 17 who play digital games on tablets, game consoles, smartphones or PCs at least once a week grew significantly.

While the average playing time on weekdays was 79 minutes in September 2019, it climbed to 139 minutes in April this year – some four weeks after schools were closed and lockdown measures implemented in Germany.

It should no longer be left up to chance that those affected are identified and offered help, he adds.

Besides children, the representative study also questioned parents in about 1,200 families.

The federal commissioner for drugs, Daniela Ludwig, called the figures a "sharp increase" that should not be allowed to continue.

"What we need is better media competence, especially among children and young adults throughout Germany. They need to know how much is still 'OK' and when it's 'too much'" she told the Funke media group. – dpa 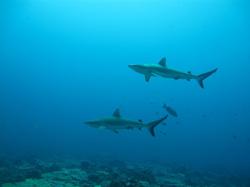