Ubisoft said that a confidential third-party ‘listening and alert’ platform has been put in place for employees to anonymously report inappropriate behaviour. — AFP

Ubisoft Entertainment SA, the French video-gamemaker, laid out several steps it’s taking to address a sexual-harassment controversy at the company.

Since late June, Ubisoft has faced dozens of accusations of sexual misconduct and abuse. Over the past few weeks, the company has promised to take action and several top executives have resigned. Bloomberg Businessweek reported that Ubisoft’s management and personnel departments had been aware of these allegations for years, according to interviews with more than three dozen current and former employees. On a call to discuss earnings on July 22, an analyst asked how much Chief Executive Officer Yves Guillemot had known about the incidents before they were reported.

"Each time we have been made aware of misconduct, we made tough decisions and made sure that those decisions had clear and positive impact,” Guillemot said. "It has now become clear that certain individuals betrayed the trust I placed in them and didn’t live up to Ubisoft’s shared values. I have never compromised on my core values and ethics and never will. I will continue to run and transform Ubisoft to face today’s and tomorrow’s challenges.”

The company also reported a jump in quarterly sales.

The company said that a confidential third-party "listening and alert” platform has been put in place for employees to anonymously report inappropriate behaviour and that some of team leaders’ bonuses will be linked to "their ability to create a positive and inclusive workplace environment.”

Ubisoft will appoint a head of workplace culture and head of diversity and inclusion who will report to the CEO and the company will start a harassment awareness campaign.

Guillemot said he plans to "personally oversee a complete overhaul” of Ubisoft’s creative editorial team, in an internal message to employees that was reviewed by Bloomberg News.

Dozens of current and former Ubisoft employees said in interviews with Bloomberg that claims of sexual harassment and abuse had been ignored or mishandled for years.The company faces "a very serious challenge,” Guillemot said. "I am determined to make profound changes in order to improve and strengthen our corporate culture.”

Net bookings for the second quarter are expected to be about €290mil (RM1.23bil), about 16% lower than a year earlier, which got a boost from a game release.

Ubisoft confirmed its earlier guidance for the fiscal year. The company had previously said net bookings, a crucial gauge of sales, could range from €2.35bil (RM9.99bil) to €2.65bil (RM11.27bil) for the full year.

Updates to popular franchises including Assassin’s Creed Valhalla and Watch Dogs Legion are expected to drive growth after their release later this year.

Ubisoft shares are up 14% this year, trailing a 21% gain in the Bloomberg World Technology Index. The company’s stock has dropped 12% since July 8, the high for the year, amid reports about the misconduct accusations and executive departures. 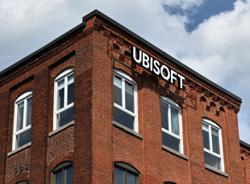