College graduates who majored in tech-related disciplines and those with livestream-suited skills became the most in-demand recruits during China’s coronavirus-influenced spring hiring season, even though many of them have reservations about working in the hot area of streaming.

Computer engineering and science majors made up 20 of the 30 most-wanted majors for domestic employment this year, according to a report released on Wednesday by Chinese recruiting app operator Boss Zhipin. It also found college graduates who majored in film production, journalism and broadcast communications had become in high demand, driven by China’s live-streaming boom.

The report said new opportunities are emerging in “the medical and health care, internet technology, online education, short video and live-streaming industries”. That is in stark contrast to the “grim situation” for job applicants in traditional fields including tourism, offline education and finance.

This trend in China’s highly competitive job market shows how the hiring of technology and innovation talent has become more prized, as businesses adapt to the uncertain economic environment and coronavirus-related disruptions. 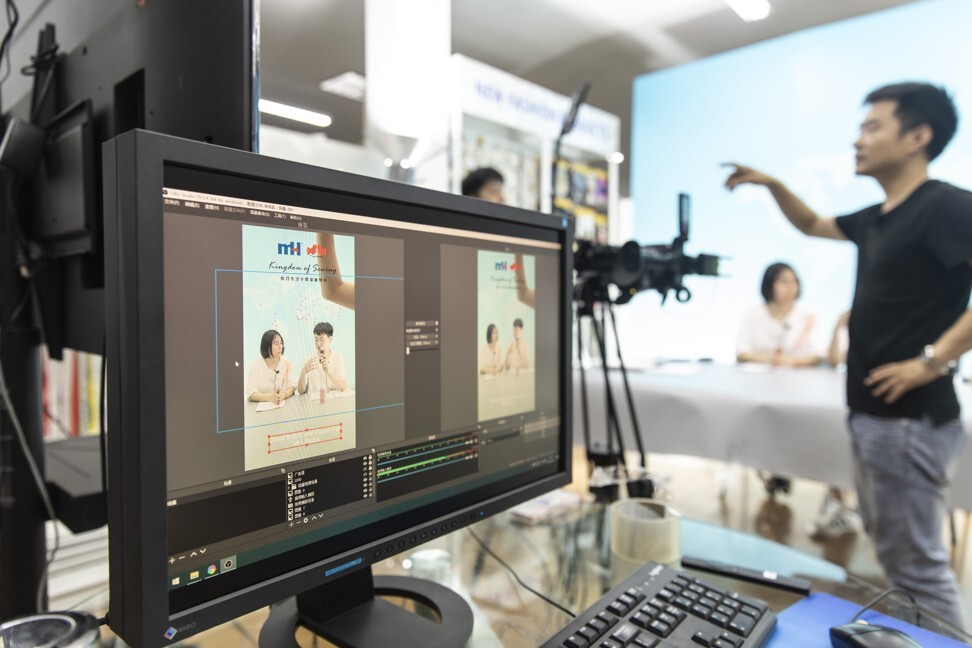 It also reflects how enterprises are responding to Beijing’s recent efforts to accelerate the country’s digital “new infrastructure” initiative, as tensions with Washington and New Delhi increase.

During the recruitment season this spring, open positions for fresh graduates who specialise in 5G, artificial intelligence, Internet of Things, cloud computing, integrated circuits and big data increased by 1% to 5%, according to data from Boss Zhipin, which has its head office in Beijing. It said graduates in the fields of data science and robotics have also become among the most in-demand for the first time.

Boss Zhipin surveyed 3.4 million college students graduating this year – either with an associate’s, bachelor’s, or master’s degree – across 924 different majors. It evaluated the competitiveness of these majors based on the domestic job market’s requirements and the graduates’ job search directions.

China’s recent coronavirus-driven lockdowns helped propel the wider use of live-streaming and short video apps for entertainment, e-commerce and even tourism-related ventures across the country.

While that has driven up demand for graduates in fields such as film production, journalism and broadcast communications, only about 0.9% of 2020’s college graduates have chosen to pursue a career in vlogging, e-sports and live-streaming e-commerce, according to Boss Zhipin’s findings.

“It’s easy to understand why graduates hold a cautious attitude towards job prospects in the livestreaming industry,” said Cui Libiao, an analyst at Hangzhou-based research firm China E-commerce Research Centre. “No one can be sure about the sustainability of this business and when the boom finally goes bust.”

The number of online video users in China reached 850 million in March, accounting for 94.1% of the country’s total 904 million Internet users, according to a report published in April by the state-owned China Internet Network Information Centre.

The rapid user growth of live-streaming and short video services in the first quarter prompted China’s Ministry of Human Resources and Social Security in May to recognise livestreaming sellers as an official profession, part of a group called “Internet marketing specialists”.

A record-high 8.74 million young people are set to graduate from colleges and universities over this summer and enter China’s job market, according to data from the Ministry of Education. This comes as the unemployment rate among people aged between 20 to 24 years old rose 3.3% in April from a year ago, data from the National Bureau of Statistics showed.

To help boost the country’s employment numbers, the Ministry of Education has expanded the definition of “employed” at the end of June to include eSports streamers and vloggers.

Efforts to expand tech-related jobs have also intensified amid China’s push to become more self-sufficient in light of the protracted tech and trade war with the US.

The government plans to invest about 10tril yuan (RM6.09tril) over six years to build up the country’s digital infrastructure, a development announced during the annual Two Sessions meetings in May.