The UN says humanity recorded the highest amount of e-waste in 2019. Here’s how you can discard unwanted electronics responsibly 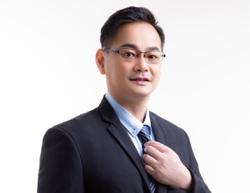 On the Global E-waste website, it estimated that Malaysians generated 364 kiloton of e-waste in 2019 or an average of 11.1kg per capita. — ONG SOON HIN/The Star

The Global E-waste Monitor 2020 report stated that in 2019, the world generated 53.6 million metric tons (Mt) of waste – an average of 7.3kg per capita – and only 17.4% was officially documented as properly collected and recycled.

It also estimated that the amount of e-waste generated will reach 74.7Mt by 2030, adding that the global amount of e-waste is increasing at almost 2MT per year, making efforts to recycle unwanted electronics more important than ever.

On the Global E-waste website, it estimated that Malaysians generated 364 kiloton (kt) of e-waste in 2019 or an average of 11.1kg per capita. Data for e-waste collection rate is marked as "not-available".

The Department of Enviroment (DOE) has a website dedicated to raising awareness on e-waste, including information on the definition of e-waste, statistics, and how to properly dispose of household e-waste in Malaysia.

The site also has a listing by state for e-waste collection points in Malaysia. Some places accept e-waste such as washing machine, air conditioner, mobile phones and even DVD players.

According to one of the outlets included in the listing, KL-based Tan Boon Ming Sdn Bhd, spokesperson Yew Kent said they are open for e-waste collection and a small fee may apply to process larger items, while a representative at ICT Komtar in Penang said they accept items such as cables and computer mice to process for e-waste.

The Malaysian Communications and Multimedia Commission (MCMC) also has a listing for mobile e-waste collection boxes throughout the country where users can discard items such as unused mobile devices, AA batteries and accessories like chargers.

It also reminded users to take measures such as terminating their mobile service and deleting all remaining data from devices before leaving it in the collection box.

Meanwhile, Mohamed Tarek El-Fatatry, the founder of Cyberjaya-based ERTH: E-Waste Recycling service, believes that Malaysians discard up to RM3bil of precious metals in landfills every year.

He hopes that more Malaysians would consider recycling their old electronics responsibly through ERTH, a website where they can arrange free pick up services for items such as laptops, flat screen TVs and vacuum cleaners, and be rewarded with cash or e-wallet money for their unwanted items.

Currently, the service is available for users based in the Klang Valley. Mohamed Tarek shared that an app for the service is under development and expected to be released in August.

In 2019, the DOE told The Star that it is proposing regulation to make it mandatory for consumers in Malaysia to send certain unwanted electrical items such as televisions, air conditioners and mobile phones to places that have been licensed to handle e-waste.

DOE on its website stated that Environmental Quality (Household Scheduled Waste) Regulation is currently being reviewed by Attorney General’s Chambers of Malaysia.