The ideal location of a data centre is within 80 km of its core users, experts say. Pic for illustration only. — Elias Sch./Pixabay

Beijing is set to spend more than US$400bil (RM1.71tril) this year on high-tech infrastructure, including data centres, as part of efforts to revive an economy hobbled by the coronavirus pandemic.

But companies typically want to store and process data nearby – overwhelmingly in China's developed east – to ensure the near-instantaneous retrieval vital to stock market transactions, online gaming and video streaming.

Although delays in the data, called latency, are only a fraction of a second, they add up if a process demands multiple rounds of data retrievals and computing. The ideal location of a data centre is within 80 km of its core users, experts say.

In middle of the vast Gobi Desert, the government of Jinchang in northwestern Gansu province is installing thousands of servers.

With its mining resources exhausted, the former nickel capital of China is searching for cleaner industries to drive its economy.

Jinchang is planning up to 2 billion yuan (RM1.21bil) of data centre investment this year after an initial outlay of 1 billion yuan (RM605.5mil) in 2017, Vice Mayor Gou Jun said.

But it has rented out just one-third of its 2,500 server racks in the first phase of the project, which started operating early this year, Gou said in a recent interview.

Only half of the computing and storage capacity of China's 74,000 data centres is utilised, analysts say.

But by region, data centres in bigger coastal cities are massively oversubscribed, according to a report by Guizhou-based Hua Chuang Securities.

Eastern data centres struggle to expand because of limits imposed by local governments leery of spikes in electricity consumption by energy-hungry computer servers.

By contrast, many provinces in underdeveloped areas, which account for 32% of China's server racks, are running at 26% of capacity while enjoying abundant solar and wind power resources.

Yet western provinces like Qinghai and Yunnan plan to invest tens of billions more yuan in data centres in the next few years.

Tibet is planning a 11.8 billion yuan (RM7.14bil) data centre. Xinjiang is eyeing mega data centre clusters with a total of 200,000 server racks by the end of this year.

"There are many non-performing projects in lower-tier cities built on fake market demand in the last investment spree, and some local governments just use them as a way to access central government funding," said Qu Haifeng of the China Data Centre Committee, an industry association.

The governments of Qinghai, Yunnan, Tibet and Xinjiang did not respond to requests for comment.

Information technology infrastructure investment by data centre operators may reach 416.7 billion yuan (RM252.31bil) this year, according to an estimate from CCID Consulting, a state-backed IT consultancy.

But analysts say local governments need to consider how they can make money on their data centres and not add more unused capacity.

"It's not a smart investment for some localities," said Yang Zhiyong, an analyst at CCID Consulting. "Idled facilities mean little rental income for the government, amid high operational and maintenance costs."

China's industry ministry and the state economic planning agency did not respond to requests for comment.

"People don't want to come to our place due to unfavourable weather and inconvenient transportation," Jinchang's vice mayor said. "The lack of professionals is a big issue we face."

"If some local authorities invest on impulse without thinking carefully of how to make a profit, (the project) could be a snare," Yang said. – Reuters 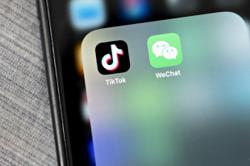