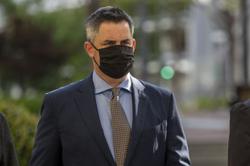 Netflix customers in Europe and the UK say the streamer is still delivering throttled HD and Ultra HD video, in some cases with bit rates at less than 50% usual. — Bloomberg

LOS ANGELES: Almost two months ago, Netflix said it would reduce video bit rates for 30 days in Europe, aiming to reduce bandwidth consumed by customers by 25% during the Covid-19 crisis.

It has now been 55 days since that announcement – and Netflix customers in Europe and the UK say the streamer is still delivering throttled HD and Ultra HD video, in some cases with bit rates at less than 50% usual. They say that has caused noticeable degradation of image quality, including blurring and pixelation, especially on bigger TV screen sizes.

The reason some Netflix members are irritated about the situation is that – in addition to only being able to access sub-optimal video quality – the company charges different rates depending on video quality. The entry-level Basic plan offers SD-only streaming; the two-stream Standard tier provides HD quality; and the four-stream Premium plan offers up to Ultra HD for select content.

Netflix’s bit-rate throttling is “quite obvious just by watching on my 65-inch OLED”, Anders Nygren, a Netflix customer in Sweden, told Variety. “Some titles are horrible... Meanwhile they keep charging normal rates.”

In a post Monday on Reddit, a Netflix user in the Netherlands claimed they were seeing bit rates for 1080p HD movies range from 0.8megabits per second to 1.5Mbps, while Ultra HD 4K movies were at 7.5Mbps. For context, Netflix’s recommended bandwidth minimums are 5Mbps for HD video and 25Mbps for Ultra HD quality. They added, “I’m paying for a 4K subscription and get far from my money worth... As of today, most European countries eased their quarantines, so maybe it’s time to not stiff customers anymore?”

For now, Netflix does not have a specific timeline for when bit rates in Europe will be returned to the highest-quality levels.

“As network conditions improve we will begin lifting the bit-rate caps we introduced in March on a country-by-country basis,” a company rep said in a statement to Variety. “In the last two months we've added more than four times the normal capacity to deal with the increased demand and help maintain the quality of our service for members.”

In a March 21 blog post, Ken Florance, Netflix’s vice-president of content delivery, assured customers that they will still “get the video quality you paid for”. According to the executive, that’s because it is continuing to deliver the specified video resolutions for HD (1920 x 1080) and Ultra HD (3840 x 2160) while it has “removed the highest-bandwidth streams”. Florance did acknowledge, however, “If you are particularly tuned into video quality you may notice a very slight decrease in quality within each resolution.”

Netflix’s throttling of bit rates came at the urging of European Union Commissioner for Internal Market Thierry Breton, who worried that ISPs in the EU would suffer overwhelming strain with millions quarantined at home. Other video players followed suit in targeting bandwidth reductions, including YouTube, Disney+ and Amazon Prime Video.

Despite fears of a coronavirus-fueled crush, European Internet networks have handled the increase in traffic without major congestion with only some “local and temporary” issues, according to BEREC, the EU’s telecom regulator. On May 8, the agency said the latest BEREC summary report on the status on Internet capacity “shows that traffic remains mostly stable across the EU”.

One customer in the UK last week tweeted that an episode of Disenchanted was streaming in HD at just 0.47 Mbps. “Beware of the lousy service offered during Covid-19,” the disgruntled Netflix customer wrote.

Juan Jesus, a Netflix customer in Spain, tweeted at Netflix’s customer support account earlier this week, posting an image showing a bit rate of 0.51 Mbps on an HD stream. “What’s the point of having 1080p resolution with this ridiculous bitrate? The quality is really bad,” Jesus wrote. Netflix pointed him to an article on troubleshooting video-quality problems – without mentioning that the company’s bandwidth-throttling policies are still in place. – Variety/Reuters

Netflix to reduce video quality in Malaysia from March 31