Covid-19: More than a game, Minecraft music festival is a blockbuster

Taking inspiration from the artwork for 100 Gecs' upcoming remix album 'Tree Of Life', the Square Garden Minecraft world was a trippy fantasy land filled with mushrooms and lit by a giant, grinning crescent moon. The stage itself was inside of a massive tree, presumably the 'tree of life' itself, which bore witness to eclectic DJ sets and a mouth-watering preview of the remix album. — Warner Music Group

LOS ANGELES: It's a Spring Saturday and somewhere deep in Philadelphia, five twentysomethings are huddled in a small apartment, each hunched over a computer. The click-clack of their keyboards is the only sound heard in the room, but via their devices, they're running one of the largest music festivals in the world.

April 25's Block by Blockwest, a cheeky twist on the annual South By Southwest confab which was called off this year due to the Covid-19 pandemic, took place on Minecraft, the beloved online game in which block-shaped players can build the virtual worlds of their wildest dreams.

The team behind this particular world is Courier Club, an up-and-coming indie rock band consisting of singer and guitarist Timothy Waldron, lead guitarist Ryan Conway, bassist Michael Silverglade and drummer Jack Kessler. Along with Silverglade's brother and self-taught Minecraft expert, Steven, they saw all of coronavirus' music-related cancellations as an opportunity to take live music online. But, that dream quickly turned into a nightmare.

On April 25, 30,000 festival attendees were waiting to join the server before the event began – a number that grew to 100,000 by the end of the first hour. The server they built could only hold a few thousand players at a time.

Why the hype? Courier Club and their manager, D.J. Sutera, had managed to book an impressively wide array of bands such as Nothing, Nowhere, Fever 333, Against the Current, Cherry Glazerr, Health, Sir Sly, Idles, Hunny and more, all for the benefit of the Coronavirus Emergency Response Fund. The day before the fest, they announced British trip-hop legends Massive Attack would be joining as a special guest.

Steven helped them to build the Minecraft server, which required a US$400 (RM1,736) machine to run, as well as the virtual world, which boasted three stages. Artistes had submitted pre-recorded sets to be streamed live through the festival's website, giving attendees concert-comparable sound. What had started as an out-of-the-box idea had turned into much more. And that brought with it certain expectations of quality.

In the wake of the coronavirus pandemic, the music industry as the world knows it has changed forever. With social distancing guidelines canceling all live music events and possibly preventing them until fall 2021, touring can no longer be an artiste's main source of revenue or exposure for the foreseeable future. Therefore, musicians have turned to other outlets to keep their fans engaged, most notably livestream concerts on social media platforms like Instagram.

The entertainment value lacking in most at-home performances, however, opens the door to a music festival set within a game. In February 2019, Marshmello broke the mold with the first ever Fortnite concert which drew some 10 million viewers and inspired the likes of Dillon Francis, Steve Aoki and deadmau5 and, most recently, Travis Scott to elevate the concept and monetise it. In the case of Scott, his April 23 appearance on Fortnite reached 12.3 million people and launched a new song straight to the top of the charts, in addition to moving merch specially created for the Epic Games collaboration.

Open Pit, a virtual event production company, has been throwing Minecraft festivals for two years. According to development lead Eden Segal-Grossman, Open Pit simply began as a way for a group of Minecraft-loving and music-minded friends from around the world to hang out. But soon, that initial group grew by the thousands.

"All of us in this friend group kind of grew up with Minecraft being a big part of our lives," Segal-Grossman tells Variety. "A lot of us are producers and DJs, so we just kind of shoved those two things together and it worked really well."

Open Pit put on its first official festival, Coalchella, in September 2018. Fire Fest and Mine Gala followed in 2019, and Open Pit presented the first Minecraft event of the coronavirus pandemic with American Football's Nether Meant festival on April 11. On April 24, Open Pit partnered with their longtime friends and current critic favourites 100 Gecs – the glitchy, genre-bending duo consisting of Dylan Brady and Laura Les – to throw yet another festival.

"Festivals are so whatever," Les says. "There's such a high entry fee most of the time and it's hot and sweaty, but it's about getting people together – so the fact that it was free and super accessible was just a great vibe."

Square Garden, benefitting Feeding America, had 100 Gecs headlining along with Charli XCX, Kero Kero Bonito, Cashmere Cat, Benny Blanco and Dorian Electra, among others. Taking inspiration from the artwork for 100 Gecs' upcoming remix album Tree Of Life, the Square Garden Minecraft world was a trippy fantasy land filled with mushrooms and lit by a giant, grinning crescent moon. The stage itself was inside of a massive tree, presumably the "tree of life" itself, which bore witness to eclectic DJ sets and a mouth-watering preview of the remix album. Though the event did not go off without a hitch – there were a few server crashes – it was successful in its mission, drawing 178,000 total viewers between Minecraft, Twitch and YouTube and 18,000 unique Minecraft players. Most importantly, Square Garden raised over US$50,000 (RM216,995) for Feeding America.

Open Pit continued this momentum with another Minecraft festival, AETH3R, on May 8. A collaboration with beloved Brooklyn venue Elsewhere, AETH3R benefitted Groundswell Fund in their Covid-19 Rapid Response Fund, which provides grants to grassroots organisations led by women of colour, transgender people of colour, low-income women and low-income transgender people.

Although raising money for coronavirus relief has been the most tangible outcome of these Minecraft festivals, artistes and music lovers alike are looking to them as a blueprint for live music in a post-pandemic world, as well as a catalyst for much-needed change in the music industry.

Joe Talbot, frontman of British punk band Idles, hopes that events like this will spark a greater respect for the arts across society.

"Music and the arts are one of the most important and intrinsically human ways of keeping us all connected beyond our differences. People are really relying on the arts to get through this," Talbot says. "It's interesting because [musicians] are seeking to help our fans and keep up a relationship, but we're the ones losing out on all the money."

Courier Club's Conway pointed out the expensive barrier to entry that most live music events pose, especially festivals. Minecraft festivals are free for those who have already downloaded the game, and only US$26.95 (RM117) for new players – that's about the price of a standard club show ticket.

"[Minecraft] makes the whole concept of community around music and art more accessible, and wipes away the hierarchical nature of the standard festival," Conway says.

Another luxury of virtual events is the ability to cancel or postpone them without having the complications of refunds for the customer or travel and production expenses for the acts. For this reason, Courier Club decided to postpone Block By Blockwest to May 16 following the server crash.

Though they received some backlash for the decision, Courier Club's public failure made it possible to recruit an international team of developers to help them run the backend of the festival. This effort will be much needed, as they are now building the server 97 times its original capacity.

Waldron hopes that despite the hiccup, Block by Blockwest – and all Minecraft festivals – will be taken seriously and seen for the insane accomplishments that they are.

"There's such value here that has nothing to do with the pandemic. It's the perfect time for people to finally look at these events as a proper form of entertainment," Waldron says. "Hopefully, a lot of the gatekeeping and infrastructure that was set up before this can just burn. We can just burn it all and make some cooler s-t happen." – Variety/Reuters

Covid-19: In pandemic times, all the gaming world’s a (concert) stage 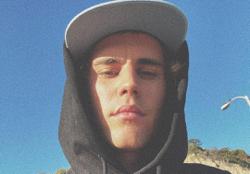