Previous kick-off events have attracted hordes of superfans to Apple stores across the city. But with social distancing and economic troubles, sentiment is dampened. — SCMP

The new iPhone model had its Hong Kong launch without the usual queues and fanfare on April 24, with just two dozen customers making their way to Apple’s Causeway Bay store before it opened amid the coronavirus pandemic.

At about 10am, staff at the tech giant’s store opened the doors, clapping and cheering to welcome customers interested in getting the new iPhone SE 2020 – a smaller, mid-market model intended to address complaints about the company’s pricier devices.

The dampened sentiment – amid a bleak citywide retail outlook caused by the health crisis – was in stark contrast with previous Apple kick-off sales, such as last year’s launch of the iPhone 11, when superfans queued overnight to get their hands on the new model.

Most buyers the Post spoke to on Friday morning – who all donned surgical masks – said they wanted the new device simply because their current phones were ageing and losing functionality. 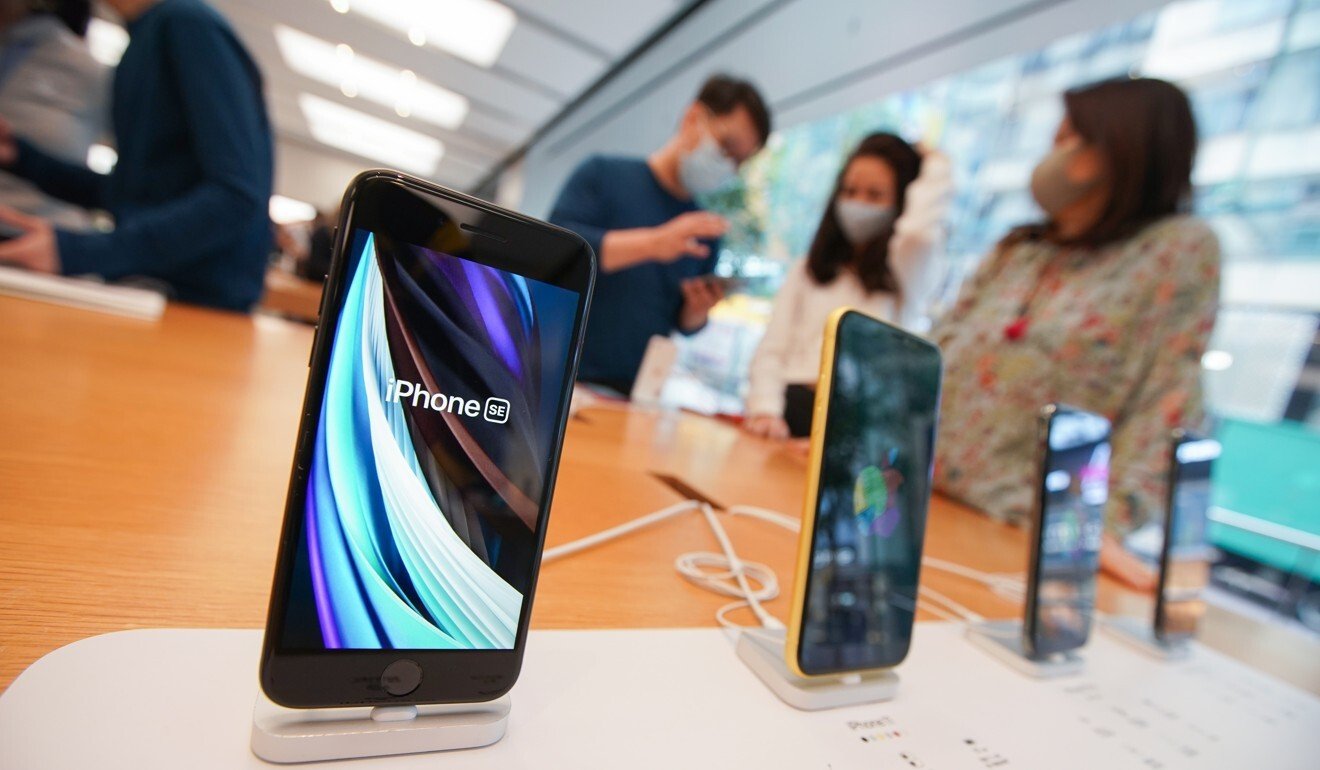 The first outside the shop, who only gave his surname, Wong, arrived about 20 minutes before opening time.

The 47-year-old, who works in IT, said he pre-ordered the phone last Friday because he needed a new model.

Despite the economic downturn, he said: “When I need a phone, I still have to buy it.”

Minutes later, a businessman surnamed Chan, in his 50s, arrived with his 14-year-old son, Bethe Chan.

“His old phone was broken,” he said. “The price is still acceptable.”

About 20 minutes after it opened, only a few dozen shoppers milled around the Causeway Bay store.

Teacher Paul Stanley, 36, had not pre-ordered, but decided to try his luck picking up a new SE 2020.

“My phone is dying. This is the one I want because I don’t need the fancy bits,” he said, adding that the price was affordable.

A manager at the Citylink Electronics branch in Mong Kok, surnamed Lee, said on Friday afternoon that no customers had traded their old phones for the new iPhone. He said the screen on the new model was too small, compared to Apple’s flagship phones and rival Android devices.