From right: Rey and Pablo appearing in court on March 5. — Instagram/bangbenua

Indonesian YouTubers Pablo Benua and Rey Utami have been sentenced to jail for posting a video interview with a celebrity guest who made insulting claims about his former wife, according to a report by CNN Indonesia.

South Jakarta district court chief justice Agus Widodo said it has been legally and convincingly proven that the trio had committed criminal defamation through the YouTube video that was originally uploaded in July 2019.

In the video, Galih opened up about his personal life when interviewed by Rey. He claimed that his former wife, actress Fairuz A. Rafiq faced odour issues related to her personal body part.

Galih also provided lengthy details such as what happened during a medical check-up while Rey reacted by expressing disgust.

Fairuz, who was married to Galih from 2011 to 2014, then filed legal action against Galih, Rey and Pablo for tarnishing her reputation through the video. In Indonesia, local media dubbed the issue as "kasus ikan asin" (salted fish case) in reference to a remark Galih made in the video.

As the video had gone viral on social media, Fairuz revealed during court proceedings that it has made her feel ashamed to interact with people. In a recent Instagram post, Fairuz expressed her gratitude after the trio was found guilty.

Pablo and Rey have taken down the video, and have over 300,000 subscribers on their channel Rey Utami & Benua. 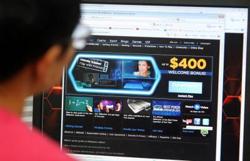 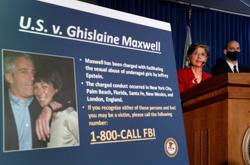 Maxwell denied bail on charges of luring girls for Epstein; accusers denounce her