A court room in Germany, March 18. The court systems in the 16 German states don’t even all use the same technology. — Reuters

In late March, a Berlin judge told the people in his packed courtroom that it could take just 15 minutes for a single person with the coronavirus to infect them all.

For a group of lawyers and legal-technology firms in Germany it was a compelling moment: They wrote to state and federal justice ministers demanding an end to years of foot-dragging toward the roll out of digital justice.

As Covid-19 closed in on Europe’s biggest economy, they told the politicians that "to avoid a justice gridlock” it’s "imperative to initiate the necessary steps”. Investing in technology and short-term use of Internet-based video conferencing instead of regular hearings was the only pragmatic solution, they said.

The warning to embrace digitalisation comes as scores of hearings are being postponed amid efforts to contain the pandemic. The growing sense of urgency may finally transform a system that in large parts still relies on paper files and proceedings that look much like a century ago.

The sight of a cameras recording judges and screens showing lawyers attending from afar is rare in German courtrooms, even though rules have allowed video hearings since 2013. The obstacles are not only technical, said Frank Richter, vice president of the Frankfurt Local Court. Attorneys and judges are generally rather conservative, often unready to change settled practices, he said.

Richter is one of four judges pioneering the digital evolution at his tribunal. They’re the first to regularly hold video hearings.

"The crisis will accelerates the digitalisation of the justice system,” Richter said "I only hope that once all the aid packages for the economy have been paid out, there’ll still be some money left to equip courts with the necessary technology.”

One problem is that the court systems in the 16 German states don’t even all use the same technology. Another barrier is that attorneys can’t be forced to agree to video hearings. Some dodge them because of the equipment costs or for tactical reasons if it’s in their clients’ interest to delay suits.

That’s why a group of German top labour court justices took a more radical approach: They urged the government to push for emergency legislation allowing them to hear wrongful-dismissal suits from home via platforms such as Microsoft Corp’s Skype or Zoom without having to ask the parties to agree. These exceptions, which would curb the fundamental right to a public hearing, should be limited for the time required to combat the virus, they say.

Germany’s Labor Ministry, which is responsible for the labour court system, declined to comment on that proposal.

Germany is not alone in grappling with digitalisation. The virus also prompts other jurisdictions to turn to web-based solutions.

The website Remote Courts Worldwide is listing efforts around the globe. These include a Kenyan appeals court judge turning to Zoom, Brazilian tribunals working with Cisco Systems Inc on a video platform and the Italian Appeals Court deciding via video links. The website also cites a Dutch tribunal using Skype and the Dubai Civil and Commercial Court moving to video-conferencing.

But going digital has proved troublesome for the Germany legal community all along.

The nation’s bar association had to repeatedly postpone the rollout of an electronic letter box for lawyers because of glitches. Berlin’s top tribunal last year had to pull the plug on its computer system after a cyberattack, halting operations for weeks.

While German courts have had to accept electronic filings since 2018, many lawyers still file on paper and some clerks still have to run dockets the traditional way. They print out everything they receive electronically to manage cases.

"The crisis highlights the gaps in IT-equipment of courts, the lack of network capacity and problems of electronic legal communication,” he said. "In the short term, we won’t be able to solve the issue by moving hearings online.” – Bloomberg 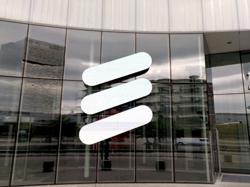