NYU Langone Health employees received a notice Friday saying that anyone who talked to the media without authorisation would be 'subject to disciplinary action, including termination'. A spokesman said the policy was to protect patient and staff confidentiality. — Reuters

US hospitals are threatening to fire health-care workers who publicise their working conditions during the coronavirus pandemic – and have in some cases followed through.

Ming Lin, an emergency room physician in Washington state, said he was told Friday he was out of a job because he’d given an interview to a newspaper about a Facebook post detailing what he believed to be inadequate protective equipment and testing. In Chicago, a nurse was fired after emailing colleagues that she wanted to wear a more protective mask while on duty. In New York, the NYU Langone Health system has warned employees they could be terminated if they talk to the media without authorisation.

"Hospitals are muzzling nurses and other health-care workers in an attempt to preserve their image,” said Ruth Schubert, a spokeswoman for the Washington State Nurses Association. "It is outrageous.”

Hospitals have traditionally had strict media guidelines to protect patient privacy, urging staff to talk with journalists only through official public relations offices. But the pandemic has ushered in a new era, Schubert said.

Health-care workers "must have the ability to tell the public what is really going on inside the facilities where they are caring for Covid-19 patients”, she said.

One reason is to prepare other nurses and doctors for the looming onslaught of cases and encourage donations of much-needed equipment, particularly the personal protective equipment or PPE that protects them from being infected and in turn infecting other patients as well as their families when they go home.

In China, one of the earliest alarms about the mysterious new illness was raised by a doctor in an online chatroom in late December. He was reprimanded and forced to sign a police statement that the post was illegal. He later contracted the disease from a patient and died.

"It is good and appropriate for health-care workers to be able to express their own fears and concerns, especially when expressing that might get them better protection,” said Glenn Cohen, faculty director of Harvard Law School’s bioethics center. It’s likely hospitals are trying to limit reputational damage because "when health-care workers say they are not being protected, the public gets very upset at the hospital system.”

Doctors are a famously independent profession, where individual medical judgment on what’s best for the patient is prized over administrative dictates. That’s reared its head during the Covid-19 outbreak, with many physicians, nurses and other health-care workers taking to social media to express deep concerns about the lack of protective gear or much-needed patient-care equipment like respirators. Some posts have gone viral and are being shared hundreds of thousands of times, often tagged with #GetMePPE. Privacy laws prohibit disclosing specific patient information, but they don’t bar discussing general working conditions.

NYU Langone Health employees received a notice Friday from Kathy Lewis, executive vice president of communications, saying that anyone who talked to the media without authorisation would be "subject to disciplinary action, including termination”.

Jim Mandler, a spokesman for NYU Langone Health, said the policy was to protect patient and staff confidentiality. "Because information is constantly evolving, it is in the best interest of our staff and the institution that only those with the most updated information are permitted to address these issues with the media.”

New York’s Montefiore Health System requires staff get permission before speaking publicly, and sent a reminder in a March 17 newsletter that all media requests "must be shared and vetted” by the public relations department.

"Associates are not authorised to interact with reporters or speak on behalf of the institution in any capacity, without pre-approval,” according to the policy, which was seen by Bloomberg News.

Lauri Mazurkiewicz, the Chicago nurse who was fired by Northwestern Memorial Hospital after urging colleagues to wear more protective equipment, has filed a wrongful termination lawsuit.

"A lot of hospitals are lying to their workers and saying that simple masks are sufficient and nurses are getting sick and they are dying,” she said.

Mazurkiewicz, 46, has asthma and cares for her father, who suffers from a respiratory disease. At 75, he’s in one of the most at-risk groups of dying from the virus. "I didn’t want to get infected because I’m not wearing the proper mask and then spread it to my patients and my family,” she said.

A Northwestern Memorial Hospital spokesperson declined to comment, citing the lawsuit. The hospital said in an emailed statement that it "is committed to the safety of our employees”.

Charles Prosper, chief executive of PeaceHealth St. Joseph Medical Center’s Northwest network where Lin worked in Bellingham, said in an email that Lin was "publicly critical” of the hospital’s readiness to deal with patients. Lin’s contract is through TeamHealth, which said it’s seeking to find him new work.

"Our oath is to do no harm,” Lin said. "I spoke out for patient safety and as a result I got terminated.”

Not all hospitals are blocking staff from talking to the press. New York’s Mount Sinai has been scheduling media interviews for nurses, physicians and trainees to help the public understand the severity of the crisis, a spokesperson said in an emailed statement. The University of California San Francisco Medical Center has gotten hundreds of such calls and encouraged workers to talk to reporters.

Nisha Mehta is a 38-year radiologist from Charlotte, North Carolina, who runs two Facebook groups for physicians with around 70,000 members. She’s fielded numerous requests from health-care workers hoping to get their stories into the public arena.

"I’m hearing widespread stories from physicians across the country and they are all saying: ‘We have these stories that we think are important to get out, but we are being told by our hospital systems that we are not allowed to speak to the press, and if we do so there will be extreme consequences,” she said.

Many say they get daily emails urging them not to talk to the media under any circumstances. "The public needs to hear these stories and other physicians need to hear them to be warned against what’s coming,” Mehta said. "It’s so important that everyone understands how bad this is going to get.” – Bloomberg 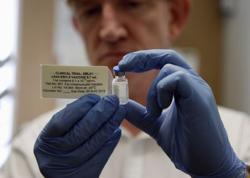 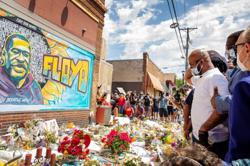 'We will keep fighting for you:' Site of deadly incident becomes massive memorial to George Floyd