A woman looking at her phone whilst standing on a balcony as the spread of coronavirus disease (Covid-19) continues. During MCO, Malaysians are urged to practice social distancing and stay home. — Reuters

Digi has announced that its initiatives to help users cope while staying home during the movement control period (MCO) have been extended until April 14.

A post on its MyDigi community page stated that all MCO initiatives, such as free additional 1GB Internet data daily for postpaid and postpaid broadband users, would be included in that extension.

Celcom is also extending its offerings until April 14 – including free unlimited access to WhatsApp (chat, voice and video call), as well as Microsoft 365 applications – for all postpaid and Xpax prepaid customers from 8am to 6pm daily. The company made the announcement on its Facebook page.

Prepaid users can also get six hours of unlimited Internet access instead of three hours (8am to 6pm, daily) when they purchase a Celcom Xpax Ultra Hour pass for RM2.

Prepaid users will also get 10% cashback when they purchase Xpax Reload RM10 and above through the Celcom Life app while Celcom Mega postpaid users can trade in their unused Internet quota for Boost e-wallet cashback. These offers are valid until June 30.

Maxis has also announced that its initiatives to help users cope while staying home during the movement control period (MCO) has been extended to April 14.

This includes the free additional 3GB mobile Internet pass for all Maxis and Hotlink postpaid users, which can only be redeemed once and is valid for 30 days. Users can also get free data usage for video chat apps like Skype, Zoom and Microsoft Teams. These offers will be available for redemption from tomorrow (March 27) until April 26, according to the telco.

Maxis customers can also access selected websites such as those run by The Star, the Crisis Preparedness and Response Centre (CPRC), all state health departments in Malaysia, the Prime Minister's Office, the Ministry of Health, and the World Health Organisation without incurring any data charges. A full list of other websites users can surf without any data charges is available here.

Meanwhile, Telekom Malaysia (TM) has also announced via Twitter that Unifi Mobile users can enjoy their MCO offerings until April 14.

"We are extending our complimentary all channels access (for unifi TV), 999GB (LTE) hotspot for Unifi Mobile Postpaid and free 7-day pass for #BEBAS," according to Unifi on Twitter.

In a press statement, TM chief commercial officer Anand Vijayan said the company is here for Malaysia during MCO.

"Hence, we are extending all the support measures announced previously till April 14 following the extension of Movement Control Order," he said.

During MCO, Malaysians are urged to practice social distancing and stay home to help curb the spread of Covid-19. On March 25, Prime Minister Tan Sri Muhyiddin Yassin announced that MCO which was set from March 18 to March 31, has been extended to April 14. 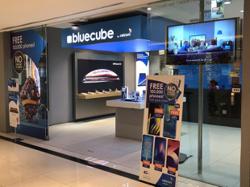 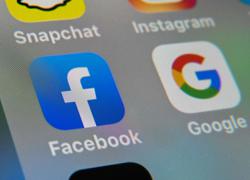 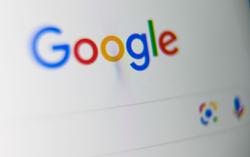