Malaysians working from home can enjoy such freebies as double hotspot data and increased Internet data from local telcos that are being offered during MCO. — Bernama

Celcom is offering free unlimited access to WhatsApp (chat, voice and video call), as well as Microsoft 365 applications, to all postpaid and Xpax prepaid customers from 8am to 6pm daily. It added that it will consider giving users access to more productivity applications.

Prepaid users can also get six hours of unlimited Internet access instead of three hours (8am to 6pm, daily) when they purchase a Celcom Xpax Ultra Hour pass for RM2.

Prepaid users will also get 10% cashback when they purchase Xpax Reload RM10 and above through the Celcom Life App while Celcom Mega postpaid users can trade in their unused Internet quota for Boost e-wallet cashback. Both offers are valid until June 30.

The company also shared that all postpaid bill payments will receive an extension from their current due date.

According to a press statement, Celcom said the company understands the need for its customers to stay connected during MCO.

"As our customers are working from home or are limiting their movement by staying in their homes, we have made the necessary arrangements for our network to meet the increased demand and change of usage behaviour," said Idham Nawawi, the chief executive officer of Celcom Axiata.

Yoodo, which is powered by Celcom, announced that it will give active users free 1GB data on Mondays, from March 23 until April 27. The data will be credited into users' accounts and will expire upon the user’s next plan renewal.

Unlimited Hero P139 and P99 customers can also choose to add on a S20 data-only share line for just RM20 per month. They also get to share the double hotspot quota with other users who are not in the same home with them.

Prepaid customers just need to renew or activate the GX38 plan (existing 3GB hotspot data to 6GB) during the MCO period to enjoy the double hotspot data for 30 days.

Postpaid users will get 999GB of LTE hotspot (an increase from their existing 10GB LTE hotspot pass) for free as well. For users who have yet to receive the offer, a customer service representative on Twitter said the offer is being rolled out in stages.

Users can check Service Details on the myunifi app for updates on the offer which is valid from now until April 1.

Meanwhile, Digi announced that its postpaid and postpaid broadband customers can redeem an additional 1GB Internet data daily, to be used between 8am to 6pm, through the MyDigi app. The free Internet quota will be utilised first before the base quota.

This offer is not valid for Postpaid Infinite users as they are already on an unlimited Internet plan.

The telco said it is also giving free 24/7 or unlimited data access for school children to access national curriculum resources on jomstudi.my, starting next week. Currently the free data access is available from 2pm to 8pm. Users can also subscribe to one-month access for UPSR and SPM curriculum on Classruum for only RM1 through the MyDigi app.

During the MCO period from now till March 31, Malaysians are urged to stay home as part of a nationwide social distancing measure to curb the spread of Covid-19. 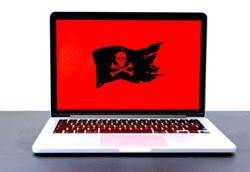