MCMC hopes to award 5G spectrum to a single consortium, announcement to be made in Q3 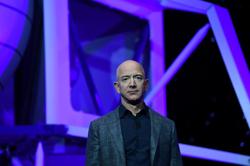 Al-Ishsal Ishak said the criteria for the corporate structure of 5G consortiums will be revealed in March or April. — MOHD SAHAR MISNI/The Star

The Malaysian Communications and Multimedia Commission said it's ideal to award the spectrum for 5G to a single consortium.

Its chairman Al-Ishsal Ishak said this would make the 5G rollout more cost and resource effective.

It would not only reduce redundancies but also translate to more affordable 5G for consumers, he added.

Al-Ishsal said MCMC will still keep an eye on the cost, including monitoring what’s transferred to the consumer.

He revealed that the industry estimates the capital expenditure for 5G rollout, even at the lowest, to be at RM7bil to RM8bil a year.

When asked during a media briefing if the consortiums would have a “leader”, he said MCMC prefered no one entity to take that role.

However, he added, that this is still being discussed as the conditions of the tender have not been finalised.

Also, the criteria for the corporate structure of 5G consortiums will only be revealed in March or April.

In an earlier report, MCMC stated a portion of the 700MHz and 3.5GHz bands will be assigned in one package through a tender process, which will start in Q1.

Al-Ishsal said the tender for the 5G bands will be awarded by the third quarter of this year, which would coincide with its commercialisation.

Speaking on the progress of the 5G demonstrations in Langkawi, he said that the island would host the 5G Malaysia International Conference on Jan 20.