China’s bricks-and-mortar stores stress the shopping experience, rev up with technology to survive the onslaught of online shopping

For 90 minutes on a Sunday evening, Tracy Ma and her two girl friends experimented with a combination of lipsticks, eyeshadows, eyeliners and blushes in a MAC Cosmetics store along Shanghai’s prime shopping belt.

The two-storey outlet is fitted with an augmented reality counter, allowing walk-in customers like the 20-year old office clerk to simulate and display her looks on a large screen, using different shades of make-ups. A deep purple lipstick made her look like a vampire, she said to screams, laughter and wefies, before trying out the coral hue and ochre shades.

Without any prior intention of adding to their collection, the trio left the store on the bustling Huaihai Road with about 1,200 yuan (RM710) worth of purchases from Estee Lauder’s cosmetics chain.

“It is like a cosmetics theme park, full of colourful and innovative toys,” Ma said in an interview after the purchase. “We particularly came just to explore the store with no plan to buy anything. It was more like a weekend tour for us.”

Ma’s in-store interactive experience is a refreshing twist to China’s shopping scene at a time when many have sounded the death knell for bricks-and-mortar retail stores, which illustrates how retailers are reinventing themselves to turn foot traffic into online clicks to staunch the exodus of customers to Taobao, Tmall.com and other online platforms.

During this week’s annual Singles’ Day online shopping festival on Nov 11, Alibaba Group Holding hauled in a record 268.6bil yuan (RM159.09bil) of transactions in just 24 hours, making the owner of South China Morning Post the largest e-commerce platform in the world. AIA, the insurer with the heaviest weighting on the Hang Seng Index, took the whole of 2017 to generate the same amount in sales.

“Chinese shoppers have made a noticeable shift back to physical stores,” said Kevin Wang, senior partner at McKinsey, who is based in Hong Kong. “Physical stores will play a larger role, but not in way they used to be. They need to change.”

Innovative twists to the shopping experience and artistry, augmented by cutting-edge technology such as virtual reality, augmented reality, facial recognition and big data analysis are coming together in a potent mix that is transforming the traditional retail space into what some consultants call “experiential” – a hybrid of experience and experiment – shopping. 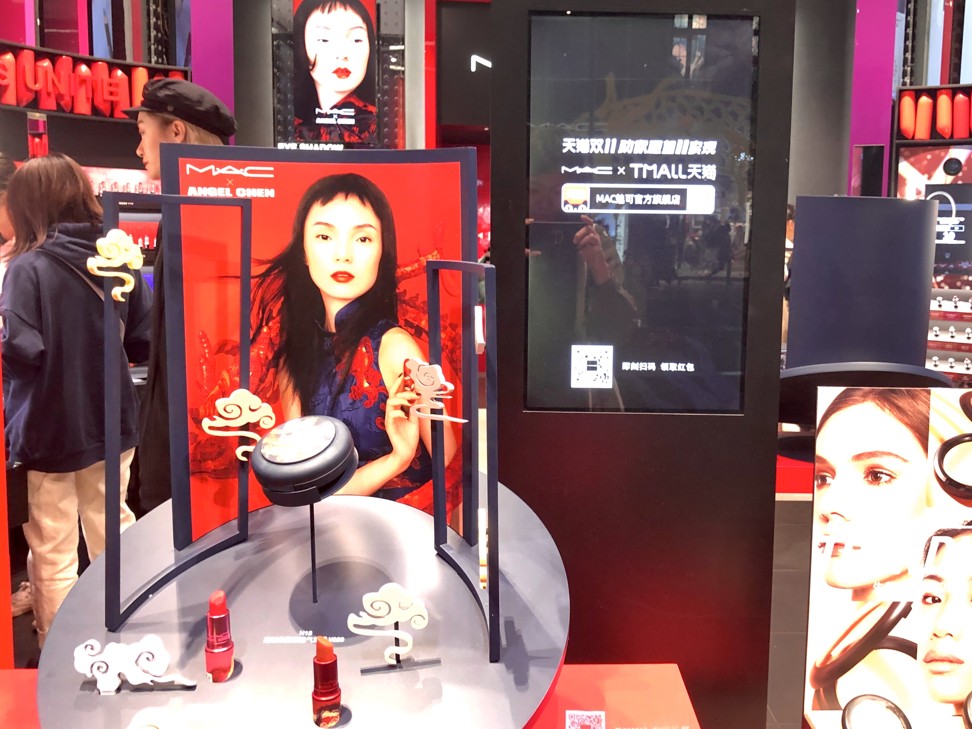 In some cases, it’s bringing back old customers. About 88% of people who bought apparels online have also shopped in physical stores in the past three months this year, Wang said, citing a recent McKinsey study. That is an increase from 83% in 2017.

Erno Laszlo, whose luxury skincare have been promoted by Hollywood legends such as Audrey Hepburn and Marilyn Monroe, opened its first China store in Shenzhen last June. Some 30 more stores are being planned in the world’s most populous country and the motivation is not the consumer dollars, chairman and chief executive Charles Denton said.

“What we are building are not stores. They are interactive spaces where people can experience the brands,” Denton said in an interview with the Post during the Shenzhen store launch. “We do not care how many products our team members sell in the store. We called them BFs, as in Best Friends. We want people to come to our stores, and become a friend of our brand.”

The company’s pink-toned retail space has a cosmetics lab where its Best Friends, or skincare experts, offer one-to-one consultations, striking up conversation to create bonding with customers. Old-school performance indicators such as sales volume and customer acquisition are no longer the primary yardstick, he added. 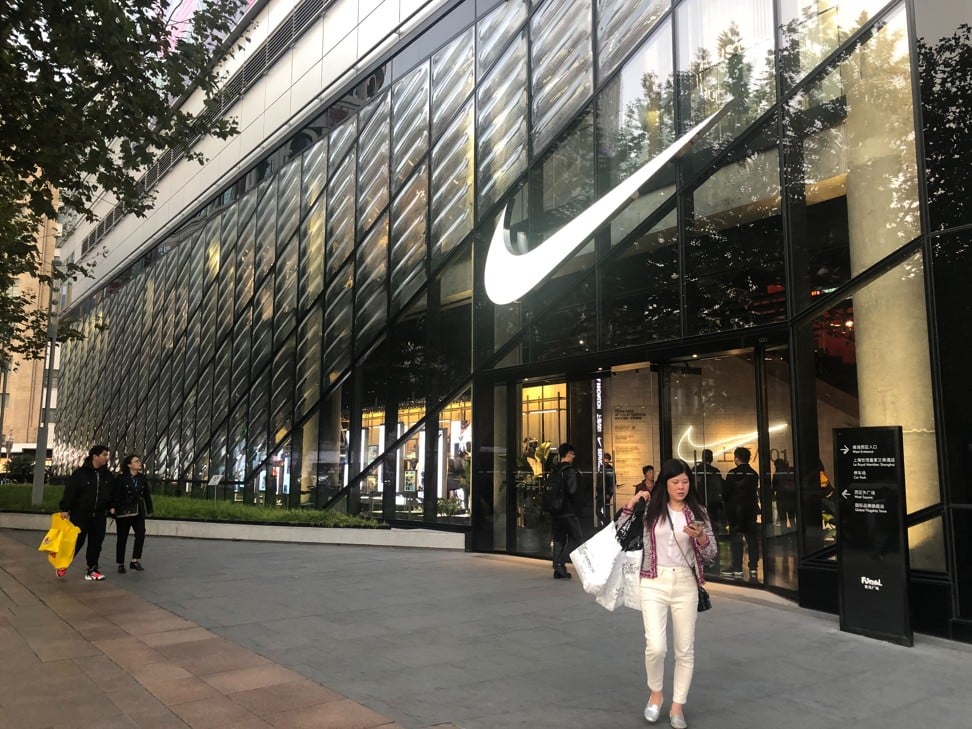 The explosive growth of smartphone-enabled online shopping in China over the past decade has upended the retail industry and reconfigured consumption patterns. As much as 23% of China’s US$5.61tril (RM23.30tril) of retails sales last year took place online, a sixfold jump from 4% less than a decade earlier in 2011, according to data from Oliver Wyman.

Leading the growth had been Alibaba’s online shopping platforms like Taobao, which allow consumers to buy from individual sellers, and Tmall.com, a platform for brand names such as Burberry to operate their own online stores to sell to Chinese consumers. Other online retailers include JD.com, and Pinduoduo.com, which has combined online shopping with group discounts.

One retailer who is riding high on China’s online shopping boom is He Hai, the owner of an online jewellery store on Taobao, who said he opens more than 1,000 clams on camera everyday to showcase fresh pearls through live streaming video for customers. 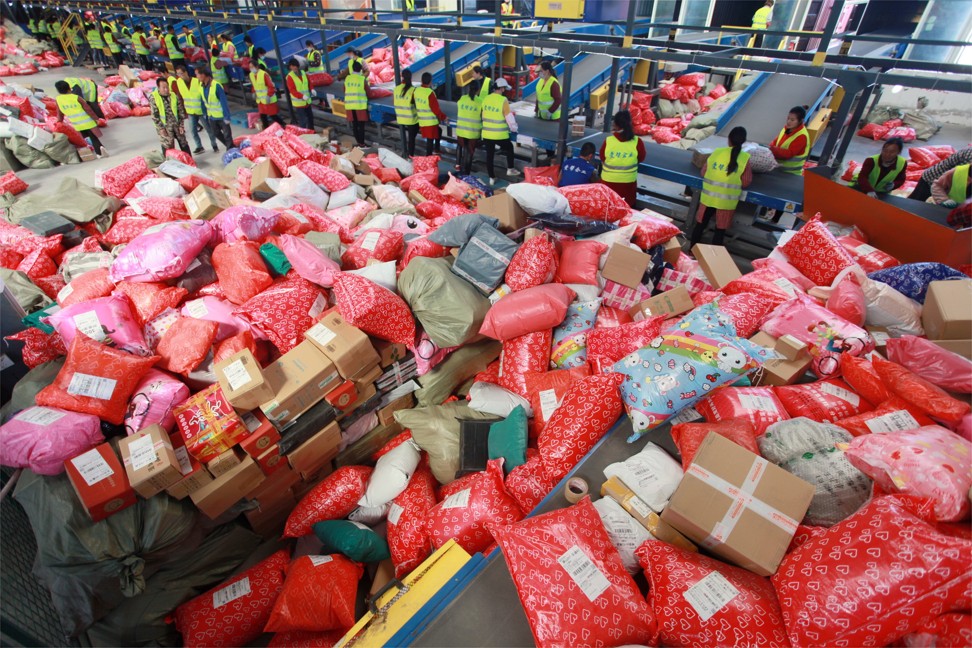 Having dived into the new form of e-commerce two years ago, He said it enabled merchants to introduce products in a more accurate, detailed and interactive way. His store has three people take turns to live broadcast for 16 hours a day, the maximum stipulated by Taobao. “If not for the rules, we would definitely do it 24/7,” said He, who is 23.

Amid the e-commerce boom, bricks-and-mortar stores that stood still without an online strategy have fallen by the wayside.

The return to physical stores, however, is also regaining favour because the success of online platforms have also driven up the cost of advertising for retailers to maintain or gain new customers.

The cost per thousand user views (CPM), also known as cost per mile in industry parlance, for online advertisement in 2017 was 320 times more expensive than in 2006, according to a Sinolink Securities research. A separate analysis by McKinsey shows CPM on Tmall.com’s baby channel has surged by 60 per cent since 2017.

“It is no longer a cheap way to get traffic on online platforms due to an increasingly crowded marketplace,” said Wang Chih-yuan, category director of retail research in China at UK consulting firm Mintel. “More retailers are turning to cheaper offline spaces” where they can interact with buyers, Wang added. On the corner of Nanjing East Road, another stretch in Shanghai’s shopping haven, a long queue was building up at Nike’s flagship store. Located at the basement of the four-storey emporium called The Centre Court, the sports outlet features an array of touch-screen fun activities.

Shoppers can participate in various training sessions, including touch and jump, side steps and shuttle runs, all with the aid of motion-detention technology and to the accompaniment of Nike’s shoes, apparels and gear. As participants leap, run or lunge, their names light up a giant floor-to-ceiling LCD screen with their scores in real time.

“In the past, retailers expanded through small, regular physical stores,” said Zino Helmlinger, head of retail for Eastern China in Shanghai at CBRE, an international property consultancy. “They opened just for [the sake of] having more stores. Now, more retailers are focusing on opening flagship stores with bigger space which can perform different functions and attract foot traffic.” 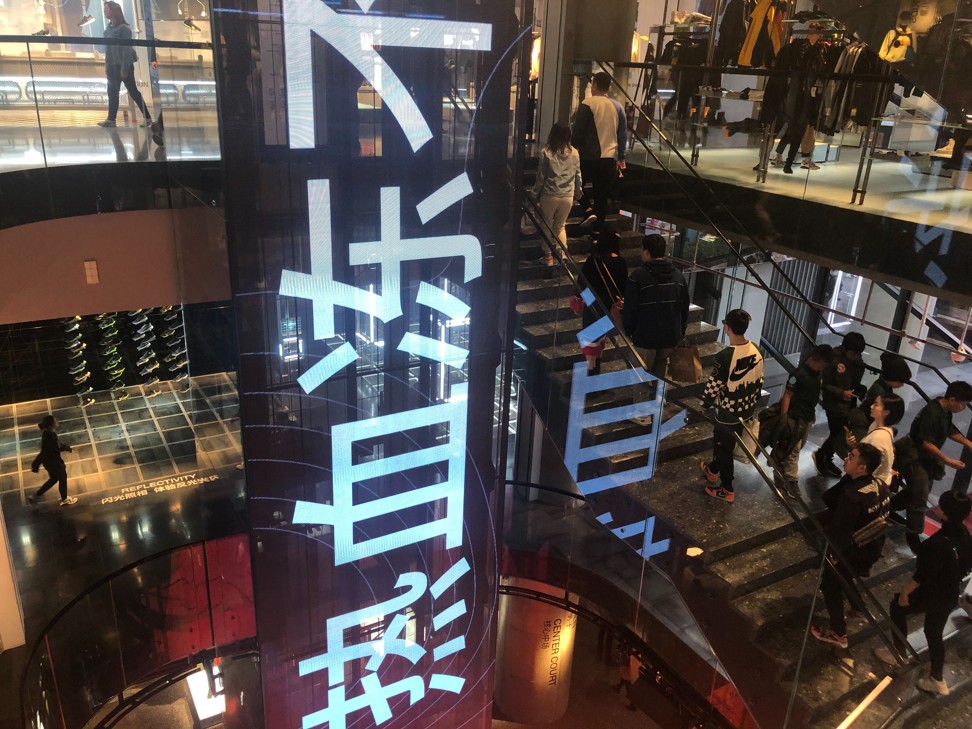 In addition, retail owners are adapting their business models to coexist with their e-commerce rivals to mitigate the impact of a slowing consumption and economic growth. One such example is Chinese grocery chain Bubugao Group, or the Better Life Group, which joined Alibaba’s Singles’s Day event last year.

It advertised 20-yuan coupons for sale at a token 1 yuan each during the 24-hour event, which buyers can use to pay for hairy crabs, a Shanghai delicacy, in its network of 300 chain stores and supermarkets across the country. Each hairy crab was priced at 9.9 yuan (RM5.86) as an incentive, a steal compared with the normal retail price of between 50 yuan (RM29.62) and 80 yuan (RM47.39) at supermarkets, or up to 400 yuan (RM237) each in the more upmarket restaurants.

“At first, we stayed away as far as possible from the Singles’ Day concept, then we kept an eye on it, later we took part in the carnival,” said William Wang Tian, chairman and founder of Bubugao. The wholesale chain saw its sales jumping 25% during the sales gala in 2018, while foot traffic at its retail stores increased to a historical high when it first launched, he added.

Building a multichannel trading platform is probably the best way for all retailers to survive the increasing competition for customers, Wang said.

Growth in online sales, for an ever bigger base, is also tapering amid the economic slowdown. The world’s second largest economy grew by 6% last quarter, the slowest since records began in March 1992. Retail sales of consumer goods in the first three quarters grew by 8.2%, according to official data. Growth was in double-digit areas through 2017.

“It is more difficult than ever to reach the pocket of Chinese consumers, and they need each other to grow as a whole,” said Pedro Yip, partner in Oliver Wyman's retail and consumer goods practice. “The pie will only get bigger with the online-offline integration.” – South China Morning Post