A live-streaming anchor (2nd from right) and her assistant promoting a facial mask through a livestreaming session before the 11.11 Singles' Day shopping festival, at her studio in Hangzhou, Zhejiang province, China. — Wang Xiao/Chengdu Economic Daily/Reuters

He Hai opens more than a thousand clams in front of the camera every day. As the owner of an online jewellery shop on Taobao, he showcases fresh pearls for his customers who watch the live streaming and place orders right away.

Growth in live-streaming shopping now contributes 80% of revenue at his UU Pearl store. On the day of the Double 11 shopping festival, the store generated 100,000 yuan (RM59,186) in sales, mostly from live streaming, three times the normal daily volume.

Having dived into the new form of e-commerce two years ago, He said it enabled merchants to introduce products in a more accurate, detailed and interactive way. His store has three people take turns to live broadcast for 16 hours a day, the maximum stipulated by Taobao. “If not for the rules, we would definitely do it 24/7,” said He, who is 23.

UU Pearl’s success on Singles’ Day points to the rising importance of live streaming as a channel for sales. Of Alibaba's 268.4bil yuan (RM158.85bil) single-day transactions on Monday, nearly 20bil yuan (RM11.83bil), or 7.5% of total sales, came from livestreaming.

“Livestreaming is popular as it plays on the long-popular theme of TV shopping, but in a much more interactive and entertaining way,” said Mark Tanner, founder and managing director of Shanghai-based consultancy China Skinny.

She watched Taobao live streaming at least once a week since the middle of 2018.

“It’s cheaper than if you had directly bought from the Tmall store. Influencers have corporations with brands so they will offer a cheaper price or give more free gifts if you buy through livestreaming,” Zhang said. “It also helps you to figure out how to calculate the discount. Taobao is too big now and some of the discount rules are very complex.”

But she admitted that livestreaming also has a bad side, such as encouraging impulse buying.

“When I’m watching livestreaming, it makes me feel excited and I purchase a lot. The next day I open my purchase history and realise there are some items I do not actually need, so I return the items. It happens often,” Zhang said. 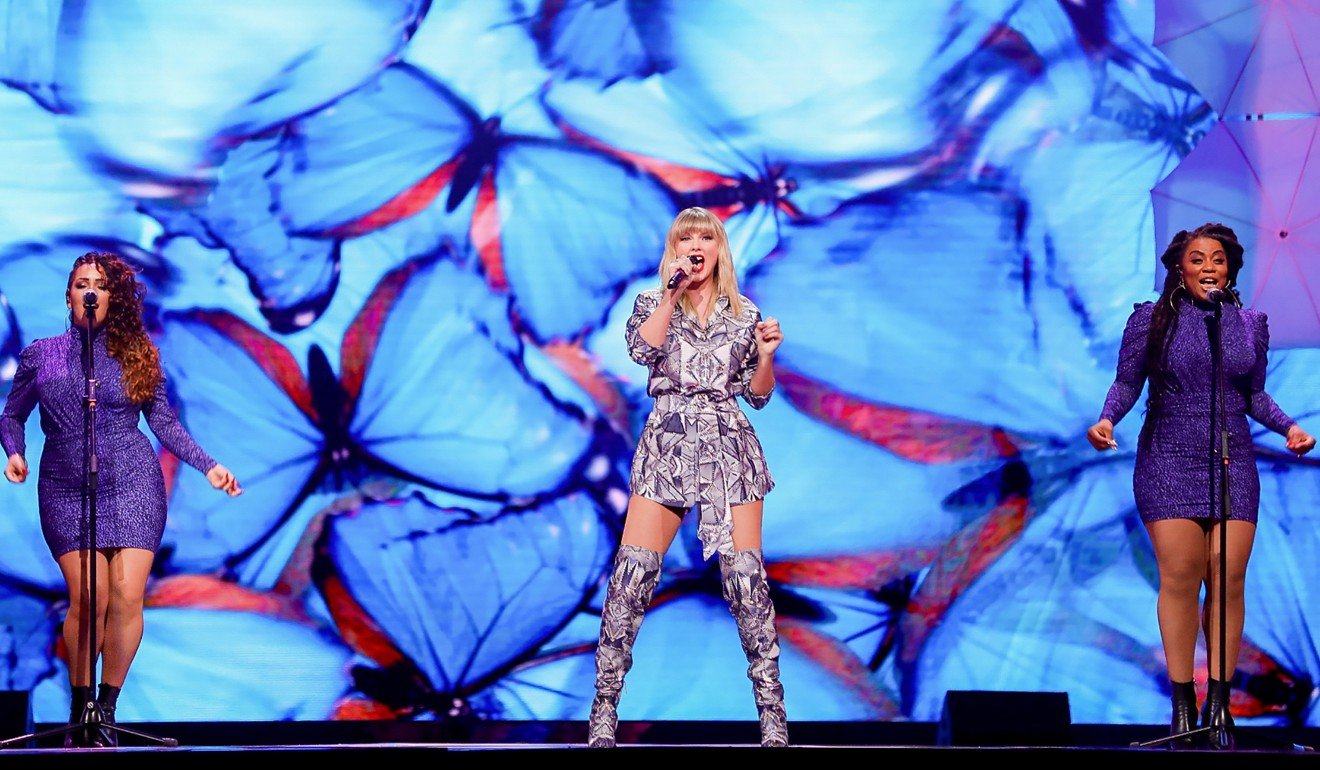 More than half of the merchants taking part in the shopping festival have gained growth from live streaming and more than 10 live broadcasts led to transactions of over 100mil yuan (RM59.17mil) on Monday. For furniture and decoration as well as the consumer electronics industry, live streaming transactions increased by more than 400%, according to a statement from Alibaba.

To sellers and livestreamers, the festival is more of a marathon, and for some of them, not even a voluntary one.

Fister Sun, an online retailer of sportswear on WeChat, said he had to “play along” under the “pervasive” festive atmosphere.

“Not only Taobao and JD, my peers on WeChat also had campaigns for Singles’ Day, so I did the same,” said Sun, who has a full-time office job in Beijing but took on the side job two months ago. “The margin is already very thin, so my offer is a full-house reduction of 50 yuan (RM30) per every 500 yuan (RM295) of purchases.”

Given that the e-commerce boom has pressured offline stores, he has also been able to pick up some stock from failing outlets although the environment remains very competitive.

The livestreaming phenomenon in China has popped out of the broader “shoppertainment” trend in China's e-commerce sector, which is starting to influence Western platforms as a way for them to capitalise on popular influencers at sales events. Amazon, for instance, launched Amazon Live earlier this year after an earlier failed attempt.

China, with its Internet population of 1 billion, is increasingly becoming a source of new innovation in the Internet and e-commerce sectors – which does not always involve reinventing the wheel and can mean putting new twists on popular formats. Livestreaming in one way can be seen as a modern version of cable TV shopping platforms popularised by the likes of QVC in the 1980s.

And Instagram, for example, has expanded its shopping features by allowing merchants to add shopping tags to their social media posts as the US photo and video-sharing giant takes a leaf out of the book of Chinese social commerce networks, such as Xiaohongshu.

“There is no doubt that people will be looking at the explosion [of livesteaming] at 11.11, particularly around inspiring influencers to do it,” said China Skinny’s Tanner.

Initially seen as a type of anti-Valentine’s Day, Singles’ Day has now evolved into the world’s largest shopping spree. The annual event featured discounts that were not only driven by big e-commerce platforms but also retailers around the country.

Shoppers scooped up everything from consumer electronics to luxury items and even cars. This year, consumers from China’s smaller cities became a strong contributor to the growth in Singles’ Day transactions.

“This year, there was a bigger focus on targeting China’s less developed markets, which has seen the biggest growth in new customers as Alibaba has already reached saturation in higher-tier cities,” said Philip Wiggenraad, head of research at Hong Kong-based retail innovation firm Tofugear.

“This move is also in response to the success that online platform Pinduoduo has been having in lower tier cities through its ‘team purchase’ business model, which offers steep discounts to shoppers that join forces to buy in bulk.”

Jiang Fan, president of Taobao and Tmall, said in a statement that compared with last year, over 100 million more users took part in the event. He added that there were 226 million new monthly active users on Taobao in the past two years. Most them are from low-tier cities, who became active buyers in this years’ Singles’ Day shopping festival.

While on JD.com, which posted a transaction volume of over 204.4bil yuan (RM120.96bil) in its shopping festival which ran from Nov 1 to 11, the number of user orders climbed over 60% in low tier cities and 70% of the new users came from low tier cities, according to the company. 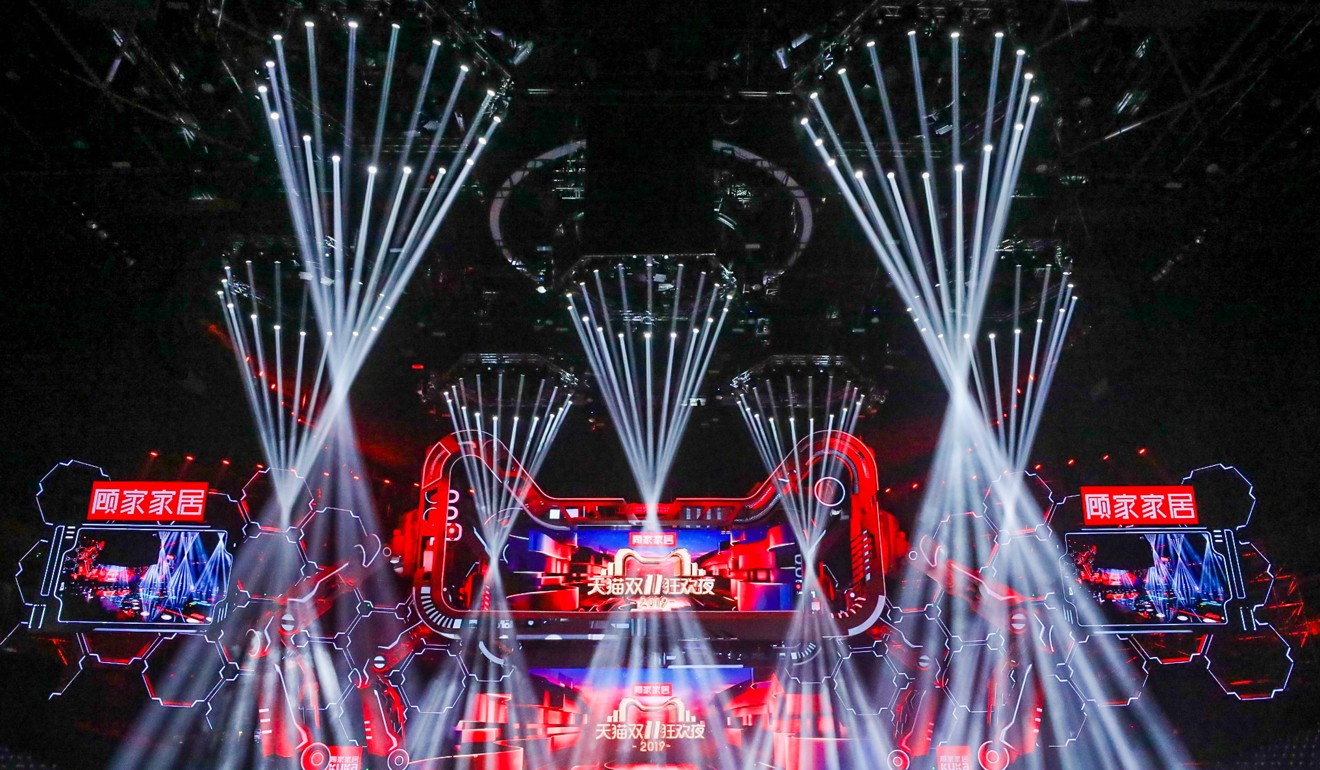 Jiaozuo in Henan province, Baoding in Hebei province, Quanzhou in Fujian province, Xuzhou in Jiangsu province and Jining in Shandong province were the top five cities in terms of the proportion of new customers.

At Pinduoduo, buyers from tier-three or even lower-tier cities bought 1,000 cars within 16 minutes, according to information from the company. Sales of farm goods from poor areas in China surged over 220% and were mainly bought by consumers in first and second-tier cities.

“On this day, we felt the resilience and strong vitality of the Chinese economy,” the company said in a statement. “The rapid growth of mobile internet and new e-commerce companies like Pinduoduo have allowed us to see the infinite power brought about by new ... urban and rural consumption.”

He Fang, a 55-year-old from Longquanyi county in western Sichuan province, took part in Double 11 for the first time this year. Although she did not figure out how to get digital coupons, she felt the charm of online shopping after buying a refrigerator that was 25% cheaper than at bricks-and-mortar stores. It arrived at her home the same day.

“Now I understand why young people are so obsessed with shopping online. Those digital marketplaces are so dazzling and they always recommend the things you need and cannot find offline,” she said, adding she would definitely join next year's festival.

But livestreaming and lower-tier city users are just two of several consumption trends apparent in this year’s Singles’ Day.

Surprisingly, those born between 1990 and 2000 were the driving force behind wig demand this year, accounting for 42% of the total, according to statistics from Alibaba platforms, although the company did not reveal an overall sales number.

The same age group also dominated sales of pet food. As of 8pm on Monday, Tmall retailers sold over 14,000 tons of cat food and 18,000 tons of dog food.

And Singles’ Day is not only an online-only affair now.

At Wangfujing street in Beijing, the gala also attracted restaurants such as Malubianbian, a branch of the Sichuan style hotpot restaurant chain, which gave out coupons worth about a third of an average meal bill to use within a month.

Neither is Singles’ Day just about Chinese consumers now.

In Berlin, which has just celebrated the 30th anniversary of the fall of the Berlin Wall, one department store was spotted advertising a 20% discount for purchases as part of its own Nov 11 promotion. – South China Morning Post