By Celia Chen and Zen Soo

Local governments in cities like Wuhan and Chengdu have been eager to boost innovation and cultivate the next big technology unicorns. — SCMP

Two years ago, 33-year old Liu Lei gave up a comfortable career managing investments in a clean energy company in Shanghai to move back to her hometown of Chengdu, the capital city of China’s southwestern Sichuan province.

Unlike Shanghai, a global financial centre and home to China’s biggest stock market, Chengdu was not a bustling finance hub, but Liu did not mind. She had moved back to Chengdu to start her own company Luccroi, a platform providing artificial intelligence, big data and blockchain solutions for the financial industry.

“The quality of life in Chengdu is much better, and living expenses are cheaper,” said Liu, whose career previously had allowed her to live and work in countries like the US and Germany. “Furthermore, the government has very good policies to support young entrepreneurs and startups.”

Luccroi’s office is based in Chengdu’s Pidu district, about an hour’s drive from the city centre. The office space was provided free of charge by the Chengdu government, Liu said, as part of an initiative to encourage entrepreneurs to start companies in the city.

Liu is among a growing number of entrepreneurs who have taken advantage of local government policies aimed at boosting the technology industry in cities across China.

Local governments in cities like Wuhan, the capital of central Hubei province, and Chengdu are eager to boost innovation and cultivate the next big technology unicorns. As such, they have pledged millions to build high-technology parks and offered preferential policies and tax exemptions to big companies who are willing to open up offices and bring talent to the cities.

Cities across China have been investing heavily in technology, innovation and start-ups amid a broader push by the central government to strengthen the tech sector and build an innovation-driven economy. As of 2016, China’s over 7,500 incubators and makerspaces had fostered over 223,000 businesses, according to the Torch High Technology Industry Development Center led by China’s Ministry of Science and Technology.

Chengdu, for example, is well-known for its Tianfu Software Park – Asia’s largest business IT park that also houses an incubator that provides startups with funding, office space and connections to investors.

Both cities are also home to over 200 Fortune 500 companies. Firms like IBM, Intel and Dell have set up bases in Chengdu, while Wuhan is home to smartphone maker Xiaomi and livestreaming game platform Douyu. Popular Shanghai-based social commerce app Xiaohongshu last year also opened up a second headquarters in Wuhan. 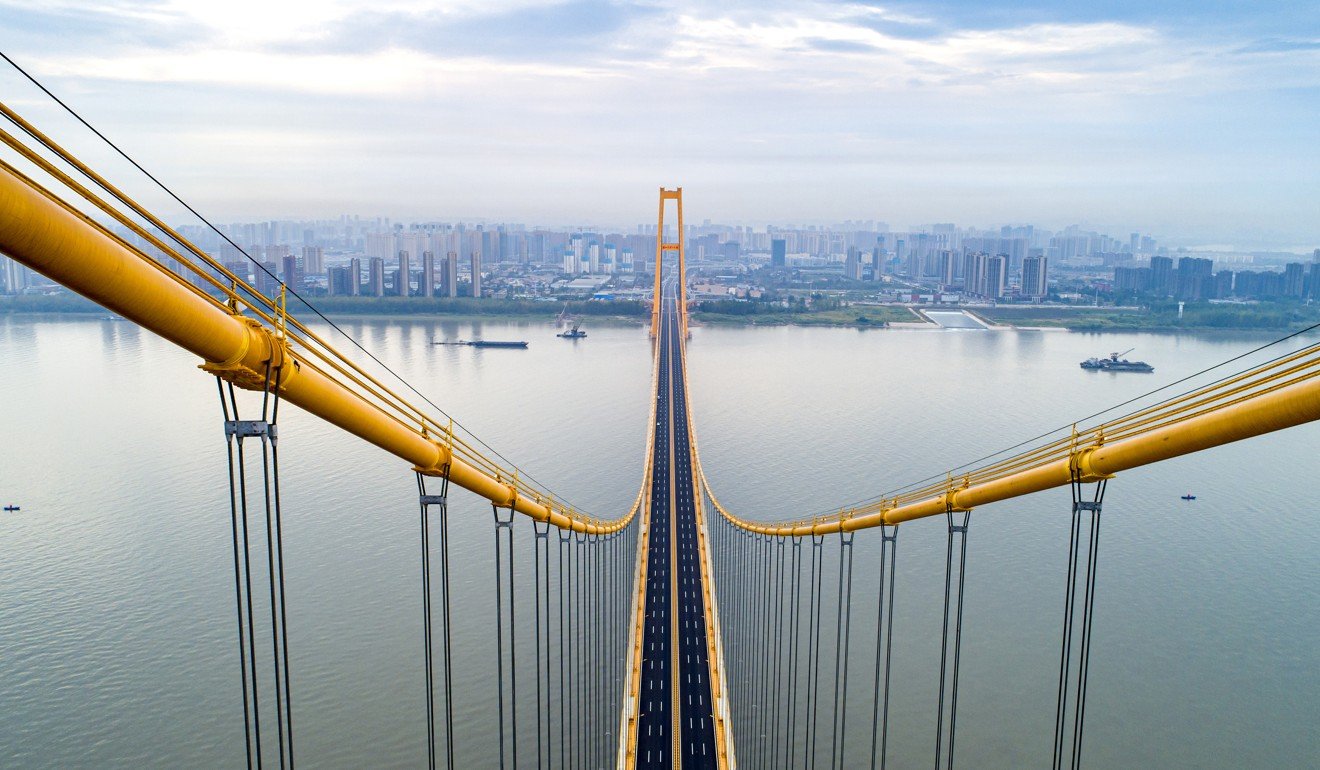 Many big tech firms are still based in traditional tech hubs though – with ByteDance, Didi, Meituan, Baidu and JD.com all based in Beijing while Huawei Technologies, Tencent Holdings and drone maker DJI are headquartered in Shenzhen. Hangzhou is home to Alibaba Group Holding while Shanghai has Ctrip and Pinduoduo.

Miranda Qu, Xiaohongshu’s co-founder who was born in Wuhan, said the headquarters in her hometown would house 5,000 employees by 2020. Xiaomi’s new headquarters in Wuhan, which doubles as a research and development centre for artificial intelligence, cloud computing, and big data, will hire up to 10,000 people, according to the company. Yuan Gang, the vice president of newly US-listed Douyu, said he hoped his company would help bring greater prosperity to Wuhan's startup culture.

While ample resources and government support have played an important role in attracting start-ups and foreign firms to set up shop in cities like Chengdu and Wuhan, lower labour costs as well as an abundance of technology talent in the area have also been essential in making these cities a fertile ground for startups.

“Wuhan’s local universities provide a wellspring of talent,” said Guo Zhijun, founder of Junheng Education Technology Co Ltd, which provides online education services to students and schools. “I do not have any difficulties in hiring people here.”

Chengdu placed 10th biggest with 56 universities, according to China's Ministry of Education. Moreover, because many of the universities in Chengdu and Wuhan are largely focused on disciplines like engineering and sciences, many of the thousands of graduates each year go on to work in technology-related fields, such as programming.

The abundance of talent, coupled with a lower cost of living, means that companies can afford to pay programmers an average salary at 7,500 yuan (RM4,421) a month for fresh graduates – 40% less than what they would have to pay the same worker in larger cities such as Beijing and Shanghai, according to Jobui.com, a platform that provides an online directory of available jobs.

Luccroi’s Liu, whose startup employs five to six employees in Chengdu, said that the city is especially attractive to smaller companies who require basic tech talent to help get their projects off the ground.

“Many startup projects don’t require very advanced tech talent [which can be expensive],” said Liu, who pointed out that hiring developers in Chengdu is only a third of the cost in Hong Kong.

She believes that even higher calibre tech developers can be found in Chengdu and Wuhan, with the abilities to work at Fortune 500 companies or a well-established Chinese technology firm.

“If you had asked me 10 years ago I would have said maybe we’re not qualified enough to have talent for big companies,” said Liu. “But right now I cannot imagine that any company would have difficulties running a business in Chengdu. Today, you can get any resource you need – it’s just a matter of price.”

In recent years, there has been a trend for some tech employees who previously worked in larger tech hubs like Beijing and Shanghai to move to cities like Chengdu, attracted by the slower pace of life and the lower costs of living in the city, Liu said.

Cheng Yuzhou, a 29-year old programmer who previously worked in Shenzhen, returned to his hometown Wuhan after he had a child.

“I want to live in a bigger space when I have a kid, but I cannot afford an 80-square metre apartment in Shenzhen so I chose to go back home to Wuhan,” said Cheng. “Housing is much cheaper here, and although the salary of my new job is 15% lower than my previous one in Shenzhen, at least I can rent a bigger apartment and consider buying a 100-square house in Wuhan.”

In Chengdu, the situation is similar. For example, renting a 100-square metre apartment in Chengdu’s city centre costs between 3,600 yuan (RM2,122) to 3,900 yuan (RM2,299) a month – whereas the same amount can only obtain a single room in cities like Beijing and Shanghai. Beijing in particular is ranked the least affordable city for rental housing in China, with costs more than 1.2 times the average wage.

As of 2018, Wuhan had a population of around 11 million compared with 16 million in Chengdu. That compares with a population size of 730,000 in the US west coast city of Seattle, home to Microsoft and Amazon. Shanghai meanwhile has a population of 24 million.

Large tech hubs like Beijing and Shenzhen are also known for their notorious 996 work culture – where employees work from 9am to 9pm, six days a week – Chengdu is best known for its laid-back atmosphere, where it is common practice for employees to take a midafternoon nap or an extended tea break.

“It will still take some time for Chengdu [to catch up with work culture in bigger cities], and companies also do not pay as much as in the bigger cities,” said Jeff Wu, China partner of Pegasus Tech Ventures, a Silicon Valley-based venture capital firm. Pegasus Tech Ventures opened a Chengdu office in January as its Chinese headquarters, hoping to get an early head-start on the boom in the city’s tech landscape.

“But Chengdu is known as China’s happiest city, the food is great, the culture is good and the people are nice ... that is why we see talent coming back to Chengdu after studying overseas or [after they tire of] working in places like Beijing or Shanghai.” 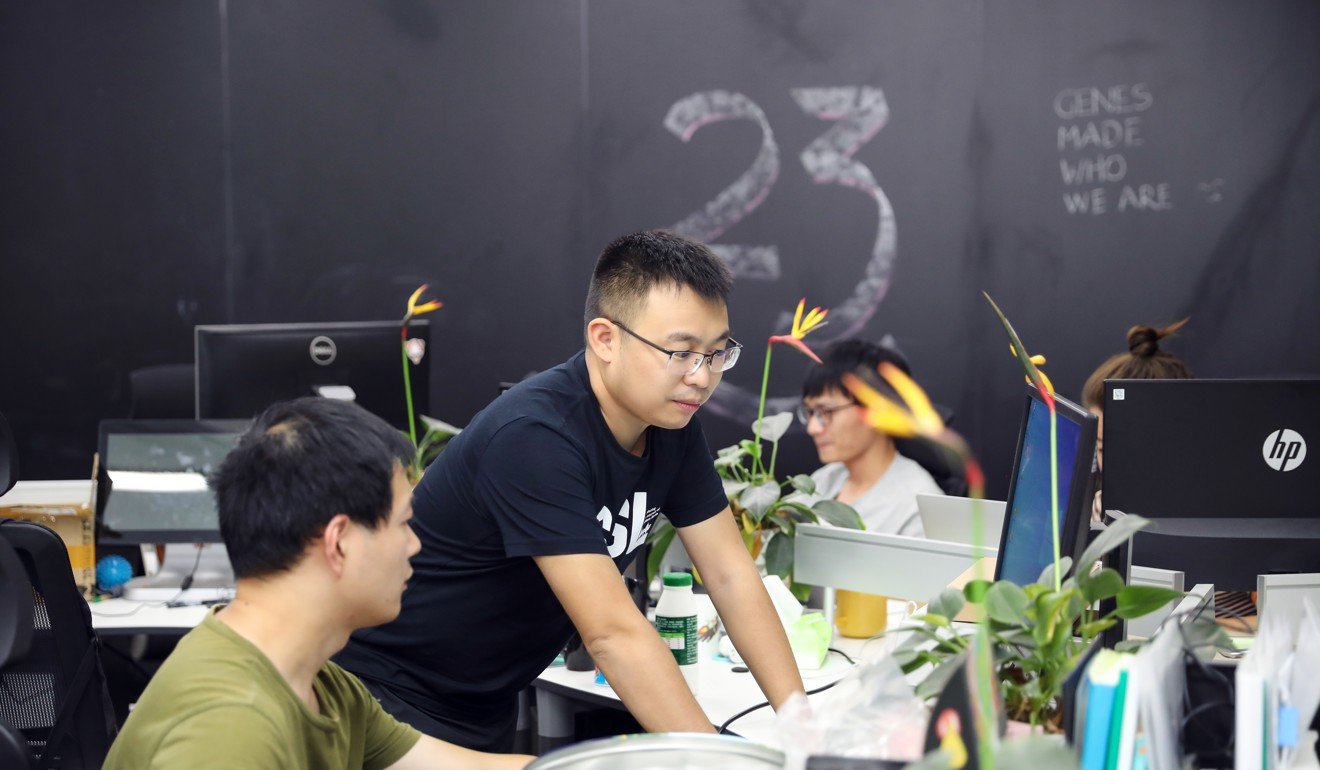 Wu, who decided to open up an office in Chengdu to tap opportunities in the emerging tech hubs in western China, believes that the city could be a beneficiary of emerging opportunities in technologies such as quantum computing or blockchain – producing the next big Chinese tech company.

But ultimately, while cities like Wuhan and Chengdu may offer advantages in quality and costs of living, as well as attractive policies for companies to set up shop, not all top-tier technology talent from cities like Beijing and Shanghai will want to move.

There are still large swathes of people who may still prefer working for well-established technology companies with global businesses like Alibaba and Tencent and living in more international, metropolitan cities.

“As an inland city in central China, it is more difficult for Wuhan companies to globalise their businesses. Some of the companies lack a global vision,” added Guo.

For startups like 23Mofang, a genetic testing company based in Chengdu that is still investing heavily in the research and development stage, Chengdu suffices as a base for now but eventually the company may look into opening R&D centres in cities like Beijing, according to the company’s chief executive and co-founder Zhou Kun.

“It’s likely that eventually companies will reach a certain point in their R&D where just hiring talent here is not enough anymore,” he said. “Eventually to make more progress you’d have to start researching in Beijing and Shanghai, where the talent is. Some of them have already settled down in Beijing or Shanghai or Shenzhen, and are not willing to leave [even if Chengdu has a better quality of life].”

“For things like raising capital, it doesn’t matter whether you’re based in Beijing or Shanghai because capital knows no borders,” said Zhou. “But when it comes to setting up research bases, you have to go to where the talent is.” – South China Morning Post