Nanorobots on track to revolutionise disease treatment, making 1960s sci-fi movie a reality within a decade

The tiny robots are able to move within a patient’s body to treat tumours. A major challenge is how to make the tiny machines move against the blood flow. — SCMP

In the 1966 sci-fi movie Fantastic Voyage, a submarine and its crew are shrunk to the size of a microbe so they can be injected into the bloodstream of an injured scientist to repair a deadly blood clot in his brain.

For decades, real-life scientists have been fascinated by the technology depicted in the film. “Fantastic Voyage describes the future of nanorobots,” said Gao Wei, 34, a California Institute of Technology professor who co-developed a microrobotic system that can be guided towards specific parts of the digestive tract to treat tumours.

In the future, a tiny machine will be able to travel inside a human body to precisely deliver drugs, perform surgery or stimulate neurons in the brain, he said.

Sun Dong, chair professor of biomedical engineering at Hong Kong City University, believes the scenario will be a reality “in the coming decade” after his team injected drug-carrying nanorobots into mice and successfully inhibited the spread of cancerous tumours.

A nanorobot, just one billionth of a metre wide, is roughly the size of a cell – or even smaller – but its application in health care is helping scientists bring the sci-fi world depicted in Fantastic Voyage closer to reality. 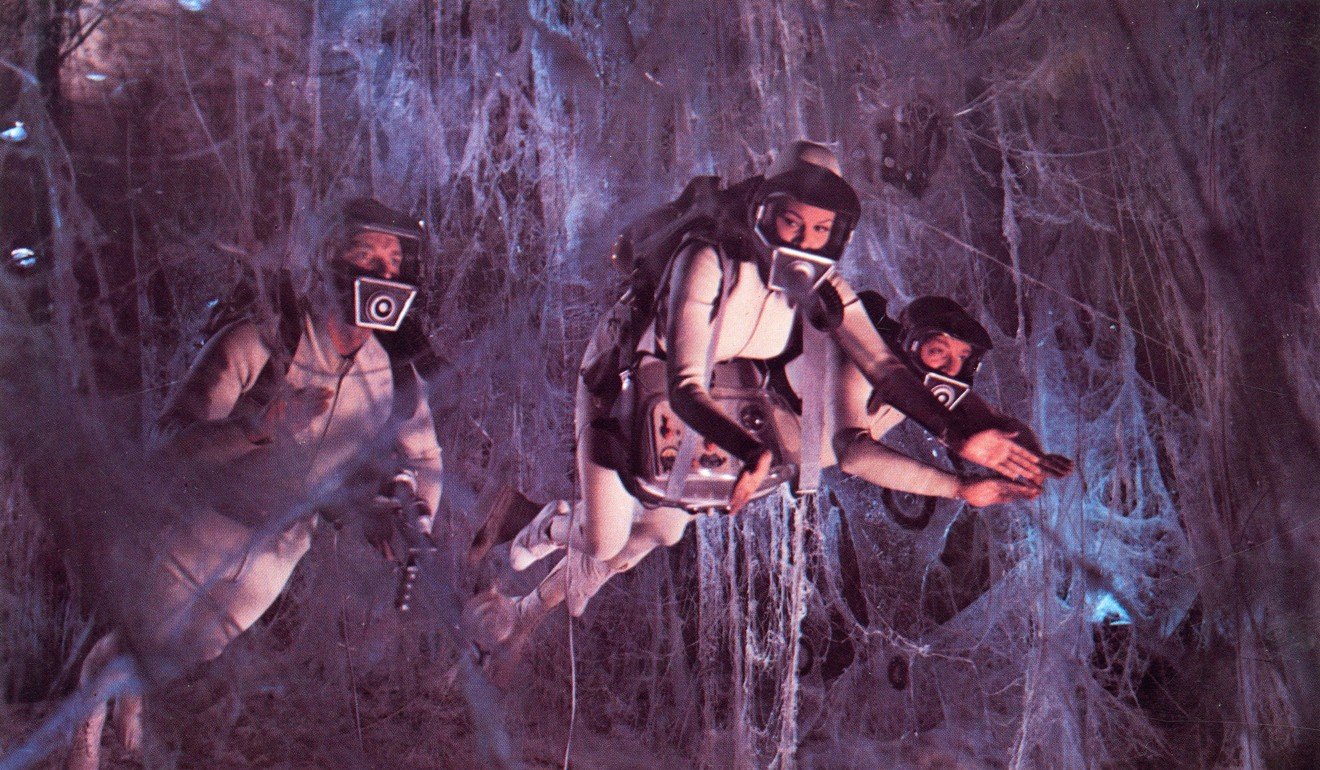 “There are plenty of experiments in vivo now and it is reasonable to expect nanorobots in use for human disease cure within 10 to 15 years,” said Sun, who has conducted research into robotics and cell-based bioengineering since graduating from Beijing’s Tsinghua University more than a decade ago.

Last year his team developed a 3D-printed nanoscale robot that can manoeuvre at a cellular level. They are now working on a trial of nanorobots designed to repair the meniscus, the thin fibrous cartilage between knee joints.

“With traditional medical methods, drugs cannot reach the target site directly, so the meniscus is difficult to repair after injuries. But nanorobots carrying drugs can directly reach the precise location and solve the problem.”

The trial showed that a small dose of drugs carried by precision nanorobots produced much better results for the patient than a bigger dose of medicine swallowed by mouth. “The use of nanorobot for disease treatment will progress from simpler cases [such as meniscus repair] to the more complex [such as cancer],” added Sun.

Nanorobots work better in parts of the human body where the blood flow is slower, such as the meniscus and the capillaries in eyes. However, there are hurdles to overcome during clinical trials.

Firstly, as “intruders” the nanorobots must avoid being expelled by the body’s immune response system.

“The material must be biodegradable but at the same time it has to be solid enough to carry drugs. It is a challenge because that is a contradiction,” said Sun.

An even bigger challenge is how to make the tiny machines move against the blood flow.

A micrometer-sized device, at one millionth of a metre wide, is too small for a battery to power itself. A human hair is around 100 micrometers in diameter.

Scientists around the world are exploring different options, ranging from electromagnetic and chemical methods to ultrasound, bacteria and viruses, but each has limitations.

“How to empower and drive nanorobots is a bigger problem, more difficult to solve than the materials issue,” said Sun.

His group has studied electromagnetic methods for seven years and has developed a third-generation product which works in a way similar to magnetic resonance imaging scanners.

Another popular approach, in which a nanorobot propels itself using power from a chemical reaction, is not easily achieved because blood has a high viscosity and flows quickly in the human body, said Gao, who agrees with Sun that motion is a big challenge for using nanorobots in health care.

What will we learn by sending cancerous tumours into space?

With current approaches, it is difficult for scientists to directly interact with the nanorobots, but some are experimenting with different methods to solve that.

Two years ago Jinxing Li, while studying for a doctorate at University of California at San Diego, developed a drug-delivery system based on micromotors powered by stomach acid. He later conducted experiments that he hoped would help scientists directly control nanorobots using a computer keyboard.

Taking inspiration from self-driving cars, Li, now a post-doctorate at Stanford University, hopes autonomous movement might end up being a solution. “We could set the route to the precise site and the robots arrive there autonomously,” he said.

The overall nanorobotics market – including equipment such as electron microscopes and so-called nanomedicine applications — is expected to grow from US$4.9 billion in 2018 to US$8.3 billion by 2023, representing a compound annual growth rate of 11.1 per cent, according to a recent report by MarketsandMarkets.

“The Americas is expected to be a major consumer for nanorobotics solutions during the forecast period,” the report found. “The growth in this market is mainly driven by the favourable government scenario for nanorobotics research and focus on nanotechnology and regenerative medicine.”

Another factor in giving North America the lead is the region’s highly developed health care system and the presence of a large number of nanorobotics players, according to the report.

In China, the growing middle-class population has put pressure on the government to improve the country's health care system. Beijing has doubled the amount it is pouring into public hospitals in the last five years, to US$38 billion.

For nanorobots to break through and become commercially successful, scientists need to make the technology affordable for most people.

For now, Gao is considering continuing his commercialisation work in the US, where universities have a track record of transferring technologies from the lab to industry. However, in the long term he sees opportunities in China, where the broader field of nanotechnology has been singled out as a key scientific research area worthy of support from the government.

“I am confident in China's development ... Chinese companies and wealthy people are very interested in this,” said Gao. “Many talented Chinese scientists have joined the field despite China having started later than the US and Europe.”

Hong Kong City University professor Sun is so bullish on China that he is considering moving his advanced research across the border to Shenzhen, known as China’s Silicon Valley.

“I think we can make the area one of the best places for nanorobot industry development,” he said. “There is plenty of money and favourable policies in Shenzhen, and Hong Kong has the advanced medical and robotic technologies.”

While many technical challenges remain, Sun is optimistic about the potential for nanorobotics to cure diseases. “How to power and trace a nanorobot, or even how to achieve autonomous travel, are all very challenging but these technical issues can eventually be resolved,” he said. – South China Morning Post