Microsoft looks to rewrite history on its phone business

The Microsoft Corp Surface Duo smartphone on display during a product event in New York, US. Microsoft unveiled a dual-screen, foldable phone that will run on Google's Android operating system, jumping back into a market it exited years ago. — Photos: Bloomberg

Now that Microsoft has restored some of its former glory, the company is going for an even more unlikely comeback: rewriting the history of its much-maligned phone business.

Three years after retreating from the smartphone business, Microsoft on Oct 2 took the wraps off the Surface Duo, a dual-screened handheld computing device coming in time for Christmas 2020. Yes, it makes phone calls and sends texts, even if Microsoft doesn’t seem to want to call it a phone (or a comeback). Microsoft's Surface Pro 7 tablet computer. The company’s current lineup of Surface laptops and tablets is generally targeted at the high end of the electronics market – corporate users and gadget enthusiasts who value the sharp design or need the ability to blend work and personal functions on one device.

The success of this surprise return to phone hardware could rest on how Microsoft intends to market it. The company’s current lineup of Surface laptops and tablets is generally targeted at the high end of the electronics market – corporate users and gadget enthusiasts who value the sharp design or need the ability to blend work and personal functions on one device. Microsoft’s overall strategy for the broader Surface hardware business has never been to become one of the biggest laptop or tablet sellers, and the company has only a couple of percentage points of the worldwide tablet market, according to IDC.

The question is whether the company will take the same approach with the Duo phone – will it be a hero device aimed at a small percentage of the market, meant to showcase how the company’s cloud-based services work in a mobile world? Or is Microsoft aiming to pose a serious challenge to other smartphone makers? With the device a year away, it’s not clear if Microsoft has worked out its plan yet. Panay displaying the Surface Duo smartphone during a Microsoft product event in New York, US. He even told Wired he doesn’t want people to call it a phone.

At the unveiling in New York, chief product officer Panos Panay took pains to focus on the Duo’s similarities to other Surfaces, even as he noted that the press and analysts in the audience would headline its ability to make calls and send texts. “You’re going to talk about this as a phone,” he said when previewing it at the company’s annual hardware event. “Make no mistake, this product is a Surface.” Panay even told Wired he doesn’t want people to call it a phone.

Chief executive officer Satya Nadella and other executives have frequently responded to questions about whether or when Microsoft would make a phone again by pledging that the company wouldn’t do so unless it had a differentiated product and a significant point of view. In the Duo, the company thinks it has just that. A portable, foldable device with two screens – not a folding screen like Samsung Electronics Co’s Galaxy Fold – that can merge Microsoft’s apps with those made for Google’s Android operating system.

Either way, the move is significant both strategically and in historical context. Phones became the white whale of Nadella’s predecessor, Steve Ballmer, who negotiated the US$9.5bil (RM39.78bil) purchase of Nokia Oyj’s handset business in 2013 in a desperate attempt to get traction in a growing market. Though designing and selling one model of a Surface phone is a smaller investment than that disastrous deal, another failure here would sting. It would also dent Nadella’s reputation as Microsoft’s turnaround king and a shrewd judge of which businesses to home in on and which to jettison. 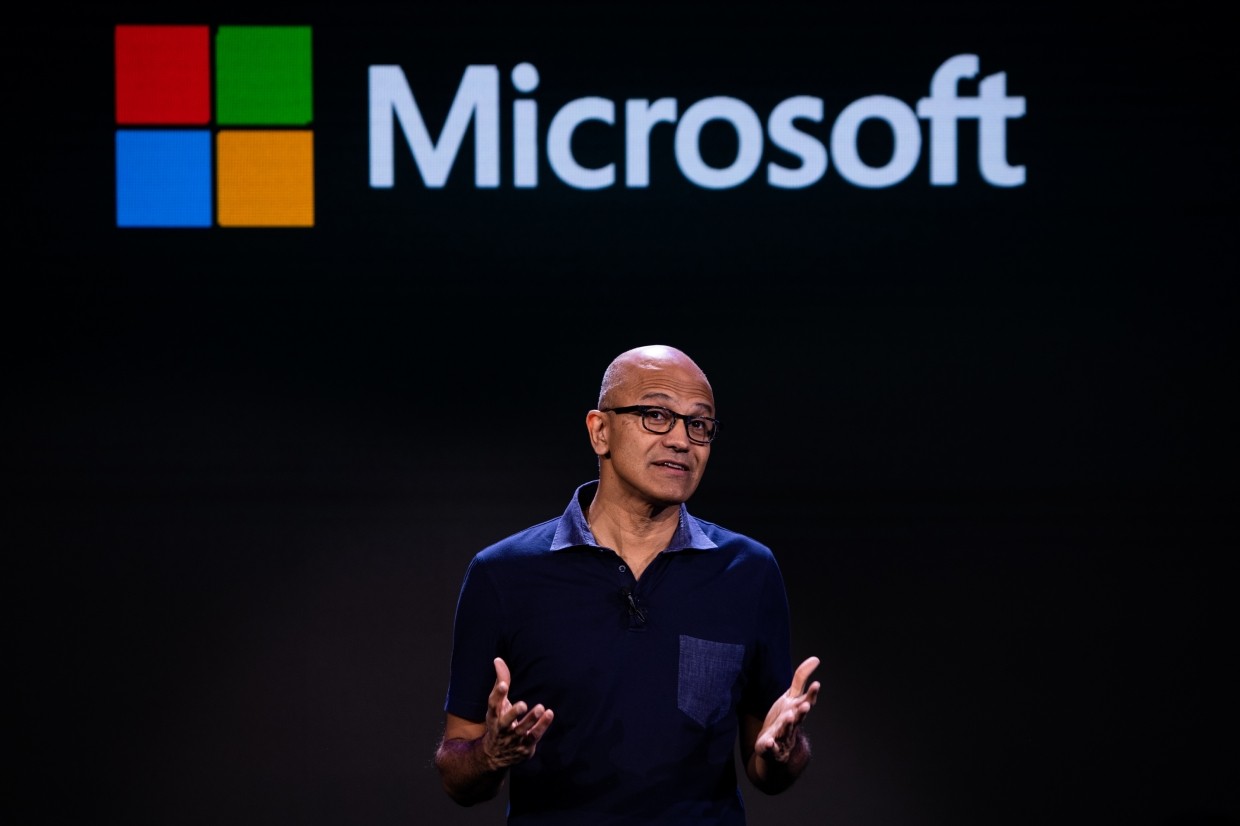 Though designing and selling one model of a Surface phone is a smaller investment than that disastrous deal, another failure here would sting. It would also dent Nadella’s reputation as Microsoft’s turnaround king and a shrewd judge of which businesses to home in on and which to jettison.

Few things represent the impotence of Microsoft’s waning tech leadership in the aughts than its missteps in mobile. Indeed, even in a period when sales and profit rose and Microsoft created massive businesses in Xbox and server software, it was the poor execution and strategy in phones that coloured public perception of the company. Years before Apple Inc and Google pioneered the modern smartphone market, Microsoft began its foray into phone software in the early 2000s – and had fielded handheld-organiser programs even earlier than that. Yet its products never caught on. In 2007, then-CEO Ballmer publicly derided Apple’s first iPhone, and Microsoft mobile executives had the same take on Android, arguing that Windows already offered an operating system for phone makers to load on their handsets.

As Android and Apple's iOS ate away at Windows Phone’s market share, Microsoft increasingly looked to Nokia as a saviour, first striking a partnership to put Windows on Nokia handsets. Ultimately Ballmer fought his board and pushed through a plan to acquire that handset business in the waning days of his tenure as CEO. Nadella, who had initially voted against the purchase when Ballmer polled his top executives, stuck with it. Less than 18 months later, that call came back to bite him as Microsoft had to write down almost the whole value of the deal. Microsoft fired most of Nokia’s workers and exited the phone business. 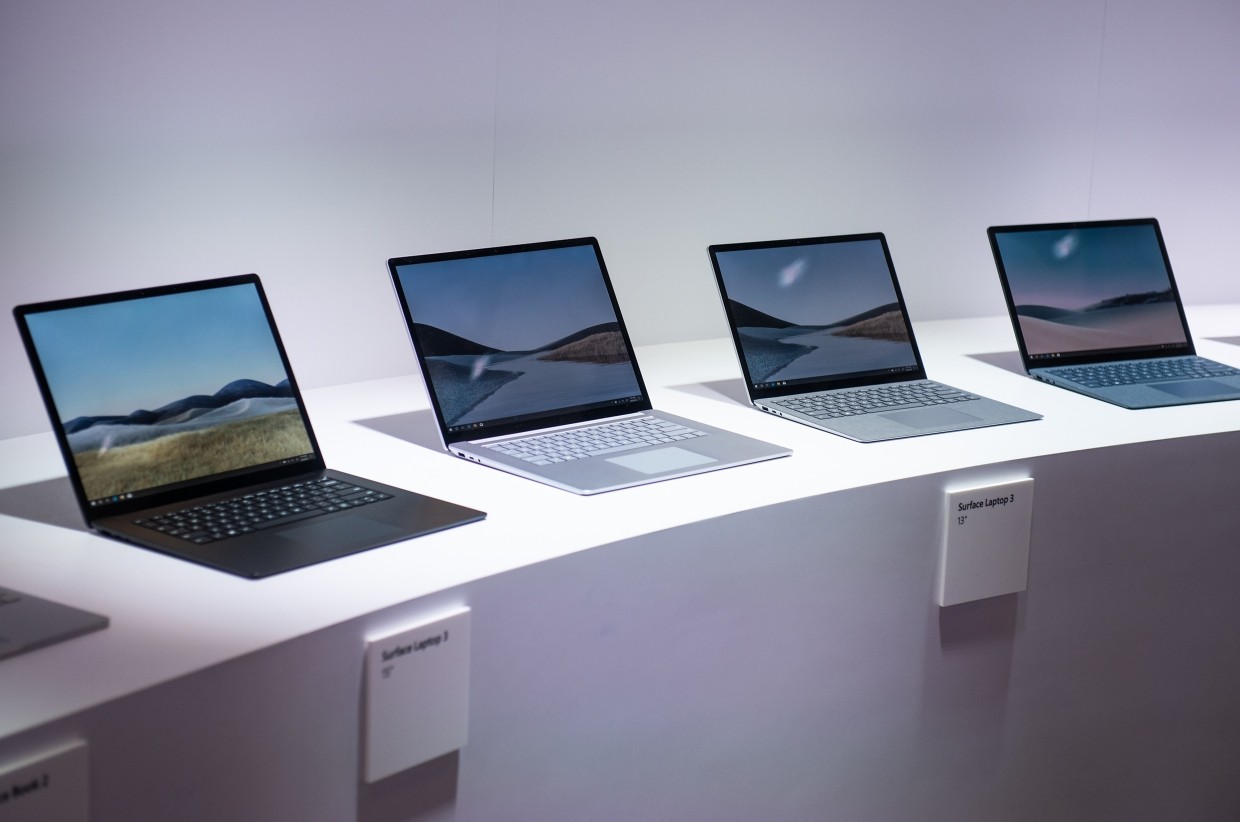 It wasn’t just a major embarrassment – Microsoft’s phone debacle dealt a serious blow to its flagship Windows operating system, confining the software to the declining desktop computer market and leaving the phone and tablet spoils for Apple, Google and Samsung.

Microsoft’s announcement this week is a declaration that it’s back in the game – to what degree isn’t yet clear. One thing, though, is certain: Nadella’s Microsoft has a healthier sense of what the company is good at, and where it should just license technology from others who are further ahead. The Surface Duo will run on Google’s Android, not Windows. – Bloomberg