The move by Jianggan district court in the city of Hangzhou, Zhejiang province, is the latest tactic aimed at 'laolai' – a derogatory term for people who fail to repay debts. — SCMP

A court in eastern China has found a new way to target local debtors: sending advertisements to their friends and family on WeChat, offering them money for telling the court about new debts and for pressuring the person to pay up.

The move by Jianggan district court in the city of Hangzhou, Zhejiang province, is the latest tactic aimed at laolai – a derogatory term for people who fail to repay debts – as China develops its social credit scheme.

The adverts are generated through a WeChat mini-programme – an application smaller than 10MB that can run instantly on the app’s interface – the court said in an article on its website.

It said “custom-making advertisements can expose (debtors) efficiently and spread through social networks, so that the debtor can voluntarily take responsibility, and this can provide a good environment for gaining effective tips about the debts”. 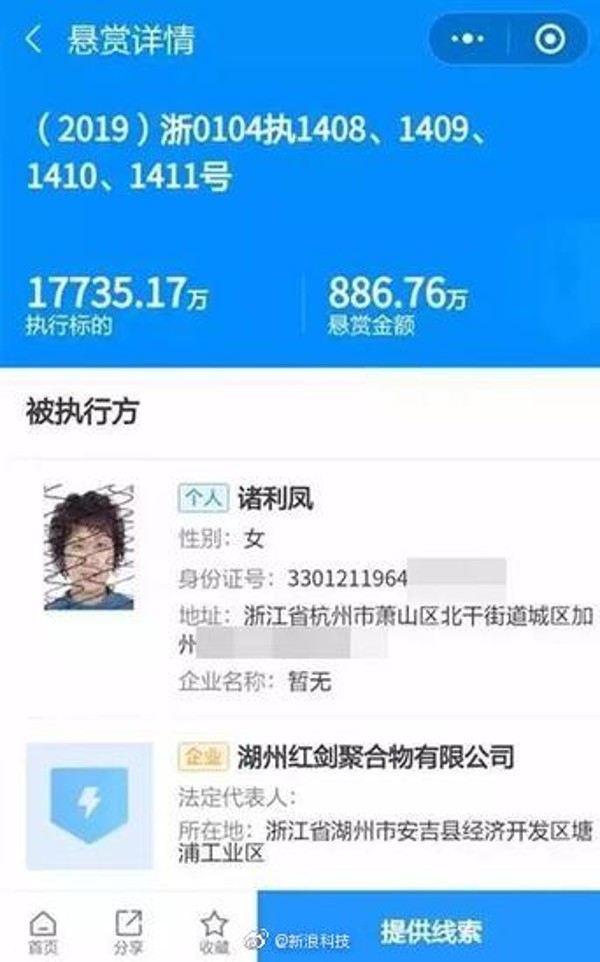 One of the highest rewards in the real adverts – 8.8mil yuan (RM5.1mil) – is offered on a woman named Zhu Lifeng, who is described as owing 177mil yuan (RM103mil), news portal Sina.com reported.

The advert says Zhu and her late husband Zhou Fengjian provided guarantees for companies when they took loans from banks, and when the firms went bankrupt they were responsible for repayment.

The WeChat mini-programme has sparked discussion of privacy invasion online.

“Who has the right to use social networks like this?” one person asked on Weibo.

“It's a little frightening to think about, really – they are sending this advertisement specifically to people familiar to the debtors,” another said.

However, many also hailed the court's decision, saying that if debtors had refused for years to pay back money owed, they did not care about their reputation and should not complain about invasion of privacy.

In 2017, China launched a national name-and-shame system under which the name, photograph, ID number, home address and amount owed of someone accused of being in debt would be displayed in media including newspapers, Internet, radio and television, as well as on screens in buses and public lifts. Those who failed to repay a bank loan were blacklisted.

In January, a WeChat “laolai map” was developed in north China’s Hebei province. With a swipe of their fingers, people can scan a radius of 500m from their location for any laolai, including individuals, company employees and other organisations. Users can share this information as WeChat Moments or directly with friends, and can report debtors themselves.

The Chinese government began developing its social credit system policy in 2011. The system rates citizens, businesses and authorities, and affects anything from loan approvals to permission to board flights. It is intended to be fully in place by 2020, but is already partially in operation. – South China Morning Post