By Christopher Fam and Qishin Tariq 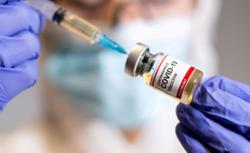 The summary was meant to reflect fresh subjects or names in which interest rocketed this year.

Google is bringing its Google One subscription plan to Malaysia, offering more storage at a lower price, storage sharing and expert support.

If users are already subscribed to Google Drive, the subscription will be automatically upgraded to a Google One subscription.

Users will also be able to to share their Google One storage with others, a feature previously only available for Google Drive Enterprise customers.

Though Enterprise customers were charged US$8 (RM32.66) per user, the feature is complimentary for Google One users, though limited to five additional users.

The plan was introduced in the United States nine months ago, before being rolled out worldwide on a country-to-country basis.

Google One vice-president Pavni Diwanji said the move was to accommodate mobile phones with limited physical storage, large files from formats like 4K video and high-res photography, and people migrating to the cloud. Children in Brazil found working for food delivery apps
'I know your favourite drink': Chinese smart city to put AI in charge
Google’s co-head of ethical AI says she was fired for email
Over seven billion smart home devices worldwide in 2020
Report: Facebook changing ‘race-blind’ hate speech policy
With or without a mask, facial recognition tools know if you are you
Google set to win EU approval for Fitbit takeover next week
Swiss central bank says wholesale digital currency trial a success
Amazon is laying the groundwork for its own quantum computer
More than 400 lawmakers from 34 countries back ‘Make Amazon Pay’ campaign