Selfiecide: These are the world’s capitals for death by selfie

FILED - Two hikers take a selfie while perched precariously on the edge of a cliff in southern Germany. Deaths by selfie have risen sharply in recent years. Photo: Tobias Hase/dpa

A fast-growing number of foreigners are taking selfies while leaning out of moving trains, notes Anura Premaratna, head of security for the Sri Lankan railway.

"They think that they can get the perfect picture by capturing the locomotive, passenger and serene beauty along the track, yet they don't know the danger if they lose their grip and fall. The fall itself can seriously injure them or kill them."

In the past seven years, at least 259 people have met an untimely death while attempting to take a selfie. The trend is especially rife in southern Asia, where tourist attractions often combine stunning views with precarious scenarios.

Last year, a 35-year-old German woman fell to her death while attempting to take a selfie at the Horton Plains National Park in Sri Lanka's central plateau. She had been trying to capture her own picture on a 1,000-metre cliff called World's End.

Travel guide Lonely Planet has declared Sri Lanka as its top destination for 2019, in part because of its dream beaches and wild elephants.

In 2018, Premaratna says, there were 450 deaths on Sri Lanka's rail routes. There are no statistics as to how many were caused by travellers taking selfies. A selfie ban on the rail tracks was passed last year but has yet to be implemented.

Sri Lanka's northern neighbour, India, is by far the country with the most selfie fatalities, according to two studies. Researchers at the Indian teaching hospitals group AIIMS reported a few months ago that between October 2011 and November 2018 there were 259 selfie-related deaths worldwide – with about half of those in India alone.

One reason for the high numbers could be India's large population of 1.3 billion people. But taking selfies is clearly more widespread on the subcontinent than in other corners of the globe.

In Indian cities, it's common to see people everywhere with their arms outstretched and a mobile phone in their hand. Even a ride on an escalator, for some people, is an experience that needs to be documented with a selfie.

After India, but far behind, were selfie deaths in Pakistan, Russia and the United States. Since March 2014, a total of 139 Indians have died taking selfies, with only six of the deaths occurring outside the country, says Ponnurangam Kumaraguru, an author of a similar study from the Institute for Information Technology (IIT) in New Delhi and Carnegie Mellon University in the United States. In addition, five foreigners were killed in India.

According to reports, in the popular tourist destination Fatehpur Sikri last year, a young couple from Switzerland were badly beaten up by a group of Indian youths after they declined a request for a selfie.

Photos – preferably with young white women – are doing the rounds on social media among Indians under the title #selfiewithforeigner.

According to the studies, it is above all young men who take risky selfies – on cliffs, on top of high-rise buildings or at the edge of some water. Drowning, the studies found, is common.

In the Indian entertainment and financial metropolis Mumbai, and in towns in the popular coastal state of Goa, there are bans on taking selfies. On a bridge in Delhi there is to be a corner spot set up for selfie-taking after there were cases of people leaning out of speeding cars or climbing up on the bridge in order to take particularly exciting photos.

But the "No-Selfie Zones" in Mumbai and Goa have had scarcely any effect, Kumaraguru says, above all since there are no signs posted.

The IT professor and expert on social media believes he has a better solution. Along with some colleagues, he has developed an app called Saftie which has a data bank of some 7,000 places around the world where it is dangerous to take selfies. Also, the app alerts the user when they are standing close to a precipice or water. – dpa 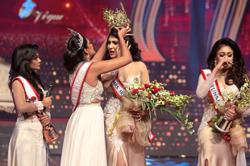