FILE PHOTO: An NUS researcher explains how Aerogel can be enhanced with various chemicals at NUS's Department of Mechanical Engineering in Singapore November 23, 2018. REUTERS/Yiming Woo

SINGAPORE: Researchers in Singapore are seeking a patent for a new sound-proof and heat-resistant material made from recycled plastic bottles they say could help reduce plastic waste dumped in oceans and clogging landfills.

The National University of Singapore team said it had found a way to convert bottles made from polyethylene terephthalate (PET) into aerogels that have many potential uses – from insulation and fire safety to cleaning up oil spills.

"Plastic waste is one of the hardest wastes to recycle," Hai Minh Duong, an associate professor at the university's Department of Mechanical Engineering, told Reuters Television. 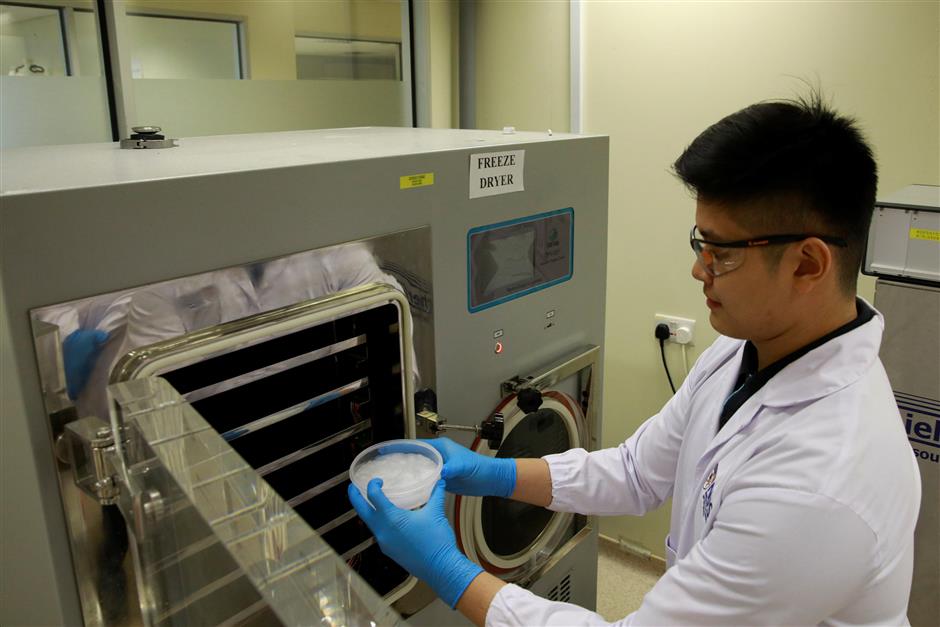 An NUS researcher cures an Aerogel sample at NUS's Department of Mechanical Engineering.

The team had been looking for novel engineering applications to help reduce the global scourge of plastic waste, he said.

Some eight million tonnes of plastic is dumped into oceans every year, killing marine life and entering the human food chain, according to the UN Environment Programme.

Five Asian countries – China, Indonesia, the Philippines, Vietnam and Thailand – accounted for up to 60% of plastic waste leaking into oceans, according to a 2015 study.

The PET aerogels made from plastic bottle waste are soft, flexible, durable, very light and easy to handle, the team said in a statement this month.

One recycled bottle can produce an A4-sized aerogel sheet, the team said, and the material can be customised for various uses by adding surface treatments to enhance its ability to absorb and insulate.

For example, a sheet coated with fire retardant chemicals was able to withstand temperatures of up to 620 degrees Celsius. That is seven times higher than a regular thermal lining in a firefighter's coat, and only 10% of the weight. 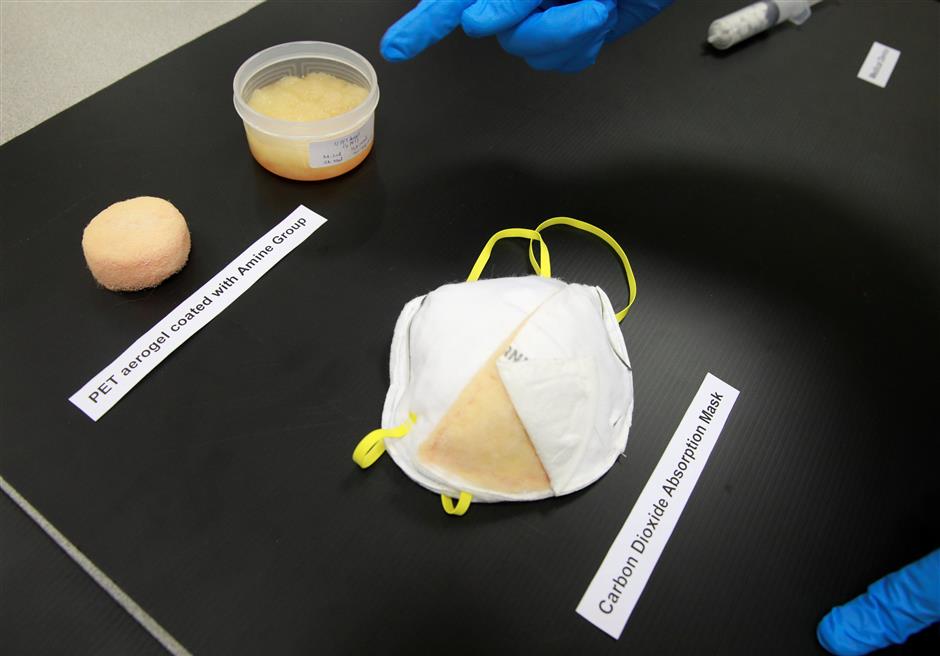 An NUS researcher explains how face masks are enhanced with Aerogel.

Versions of the material can also be used for heat and sound insulation in buildings, cleaning oil spills and in masks to absorb carbon monoxide.

The team published its research in the scientific journal Colloids and Surfaces A in August.

It filed for a patent in March and is looking for partners to mass produce the aerogel. The cost of making a 1m x by 1m by 1cm sheet could be less than S$10 (RM30.48), Duong said.

As countries struggle to cope with growing piles of plastic and other waste, Duong said their invention showed that engineering and technology can offer solutions.

"In the future, my dream is that ... there will be no waste for me to recycle," he said. – Reuters