Taking IoT to the next level

Rather than turning on at a preset time, smart street lights could turn on if it detects the area is dark enough.

Maxis is trialling NB-IoT which will offer new smart digital solutions to businesses and the public sector.

As Internet of Things devices become commonplace, the question of the efficiency of oversharing comes up. Does every device need to share what it’s sensing all the time?

Much like using your phone to constantly update on Facebook, sharing a lot of information requires significant Internet bandwidth and quickly exhausts a device’s battery.

Maxis Enterprise business solutions head Claire Featherstone says the company is exploring an alternative called NarrowBand-Internet of Things (NB-IoT), a type of fit-for-purpose mobile network which can support millions of connected things in a single ­location.

These “things” – embedded computing devices – are integrated into utility meters, smoke detectors and/or parking spaces, and they gather an immense amount of ­information that was previously not tracked.

This is possible due to how the devices send data on an ad hoc basis and, depending on the sensors used, can also send a more specific set of information. 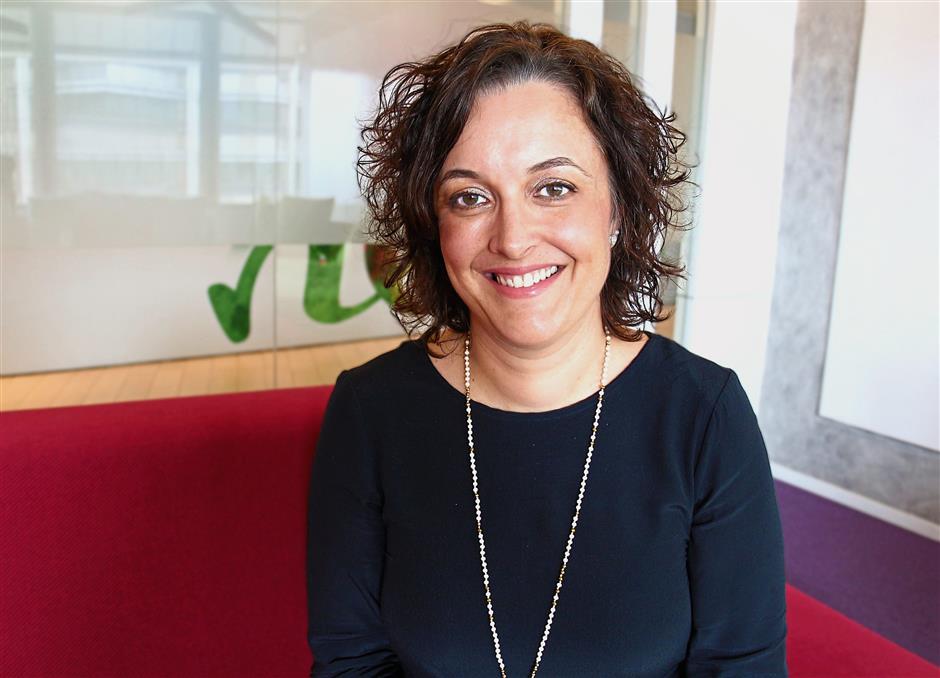 Featherstone says NB-IoT could bring the digital intelligence of the Internet to the public’s everyday lives by improving the quality and accuracy of a Smart City’s static assets like street lights, utility meters, public waste bins, and so on. — Maxis

“The devices could be transmitting ­singular data points like temperature, humidity, send alerts like ‘I’m alive’ or ­‘electricity on’. It all depends on how many sensors these devices have,” she explains.

“NB-IoT leverages Maxis’ 4G LTE footprint and can be rolled out as an upgrade to our current LTE network. As such, we expect the lifespan of this technology to be in tandem with the similarly long lifespan of a 4G LTE network,” she adds.

Featherstone says NB-IoT could bring the digital intelligence of the Internet to the ­public’s everyday lives by improving the quality and accuracy of a Smart City’s ­static assets like street lights, utility meters, public waste bins, and so on.

“For example street lights, depending on the sensor, can see if the bulb is faulty. Or the light sensor can measure the natural light available, so in a storm or if dawn breaks earlier it can switch on or off, and maybe save that 20 minutes of power daily over the years,” she says.

Though this technology might be all around them, it is not necessarily something the general public would buy for themselves. Unlike consumer grade IoT which is meant to allow users to interact with devices around their home, NB-IoT is generally used for industrial scale applications, where ­companies need to keep track of assets over a large area.

Featherstone reveals that Malaysian ­businesses interested in NB-IoT solutions are mainly from the utilities and agriculture ­sectors, for monitoring meters or plantations in remote areas.

“For agriculture, some customers may be worried about flooding and can use ­environmental sensors to detect a flood ­coming and send a red alert. The IoT ­application can identify any anomalies such as more water than usual or drastic changes in temperature,” she says, adding that it is more practical than having a person ­eyeballing for changes.

The main benefits for businesses in ­adopting NB-IoT are the lower hardware costs and low power network design, which is essential for widespread networks or devices based out of remote locations that are dependent on battery power.

Instead of replacing a battery every couple of months, an efficiently managed device’s battery could possibly run for years.

Featherstone says NB-IoT is able to reach both remote locations and those deep indoors, like in warehouses or parking structures, allowing for new use cases for the technology.

However, the drawback of the technology is that it is more suited for static assets ­rather than moving ones that require live tracking – like packages or delivery vehicles – as such cases would require a GPS that is constantly updating its location.