The RFID sticker is expected to eventually replace the current SmartTAG devices.

The system uses a sticker embedded with an RF chip which will be pasted on the vehicle. The sticker, which is unique to each vehicle, will be linked to the Touch ‘n Go eWallet, allowing users to easily monitor their balance and top up credit via online banking and debit/credit cards.

The use of RFID for toll payment is not new, as the system has been rolled out in countries such as the United States, Argentina and Taiwan.

The RFID sticker is expected to eventually replace the current SmartTAG devices. In line with the plans to commercialise RFID, Touch ‘n Go will no longer sell SmartTAG devices at all of its authorised channels effective today .

However, existing SmartTAG devices can still be used at all highways. In addition, highway users can continue to use their Touch ‘n Go cards and MyKad for toll payments as per normal.

Starting September, Touch ‘n Go will be carrying out an extended RFID pilot phase with members of the public who are interested to test the system.

Findings from this pilot phase will help Touch ‘n Go implement any refinements to the RFID system ahead of the full rollout next year.

Those who would like to register their interests as pilot users can submit their contact details to details to touchngo.com.my and upon the pilot kick-off in September, preregistered users will be prompted with an email to register their vehicles’ information and to make appointments for RFID installations through the TNG RFID Portal’s appointment system. TNG RFID Portal will be made available on Sept 3.

List of highways with RFID lane in the Klang Valley: 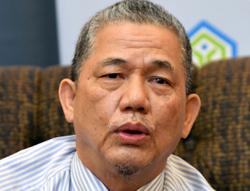 No decision yet on proposed takeover of four highway concessions, says Fadillah