Nokia 7 Plus: Beauty on a budget

For someone who likes minimalist designs, the Nokia 7 Plus is a beauty to behold. The review unit is an all-black stunner with copper trims which gives it an elegant finish. The same copper is present on the back, framing the dual-rear lens as well as the fingerprint scanner.

The Nokia 7 Plus has a 6in full HD+ screen with an 18:9 aspect ratio, as well as a 1,080 x 2,160-pixel resolution. The phone had been a constant companion throughout the World Cup season as I watched some of the matches on the device.

The image is crisp and clear, and the 3.5mm headphone jack ensures that I can plug in earphones so that the commentary doesn’t wake the others. But when I do forgo the earphones, I feel that the single bottom-firing speaker isn’t loud enough.

However, the Nokia 7 Plus supports Nokia Ozo Audio, where its three microphones are designed to capture 360° spatial surround sound when you’re recording sound or videos. It is claimed to capture the depth, direction, and detail of sound to create a sense of space. There is only one speaker on the phone. It is next to the USB Type-C connector and one of the three microphones.

As much as I love watching videos or scrolling through my social media feed on the Nokia 7 Plus in the comfort of my room, the same cannot be said for when I am outdoors.

It’s quite difficult to see the screen in bright surroundings and that’s a real bummer because I’m forced to put down my phone and interact with other humans.

What’s on the inside?

Powered by Qualcomm Snapdragon 660 octa-core processor, it has 4GB RAM, and comes with a 64GB internal memory that is expandable to up to 256GB via a MicroSD card.

I didn’t experience any lags when using the phone, but that’s also probably because I didn’t put it through heavy gaming use, and there is no complaints for how the phone handles the daily use for Instagram, e-mailing, Waze and Spotify needs.

The phone runs on Android One and uses apps like Photos, Messages, and Calendar from Google. Nokia claims that those who use the Nokia 7 Plus will get two years of OS updates, which could mean users will get to experience Google P when it is available.

One of Nokia 7 Plus’ heavily advertised features is its battery life which the company claim would last for two days. Well, the 3,800mAh battery did last me that long, but I didn’t put the phone through heavy usage.

It doesn’t have wireless charging capability, and getting the phone juiced up doesn’t take too long as the battery goes from 0% to 40% in about 30 minutes of charging.

Nokia decided not to harp on the self-coined “Bothie” feature, but worry not, it does exist on the Nokia 7 Plus.

What is a bothie? It is basically a camera function that lets you take photos or videos while simultaneously using the front and rear cameras. You can stream them live to your Facebook or YouTube accounts.

Of course there is also the Bokeh mode that lets you create a nice portrait shot with a blurred background. It’s a good thing that the photo doesn’t end up looking fake as the effect has a more natural finish on the pictures.

However, the Nokia 7 Plus’s rear-cameras don’t excel in bright and low light situations. In super bright conditions, the photos turn out overexposed, and they’re grainy in dark situations. The phone runs on Android One and uses apps like Photos, Messages and Calendar directly from Google.

The Nokia 7 Plus is a smartphone that strives to offer great features with an affordable price tag. The crisp and clear display makes watching videos a pleasure, and the phone performed smoothly without any lags.

It falls short in some areas, like in photo quality in some situations, and the loudness of the speaker (though this shouldn't both most people, as you can always use headphones). But other than that, the phone is decent for the asking price.

Priced at RM1,600, the Nokia 7 Plus comes in Black/Copper and White/Copper.

Get the Nokia 7 Plus right now at Lazada. 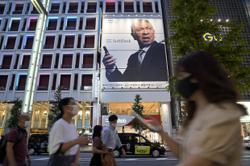