Steam's switch to privacy-by-default is likely in preparation for GDPR, enforceable from May 25. — AFP Relaxnews

As US tech giants come under greater scrutiny regarding respect for user privacy, PC gaming service Steam updates and expands its default user settings, a change that could mean the end for third-party ownership trackers.

Until an April 11 update, user profiles on PC gaming giant Steam were set to public access by default.

Visitors could see a user's game libraries, item inventories, friends lists and more. Those that wanted to keep such information out of the public domain could do so by toggling their profile status to private or friends-only.

All that's changed with an expanded selection of profile privacy settings, which switches the Steam ecosystem's default preference from public to private for all of its 150 million user accounts worldwide.

Users can then select whether to make their entire profile public or friends-only, or toggle equivalent settings for game details – purchases, wishlists, achievements, in-game status – and for total time played.

Screenshots and workshop items are tackled on an item-by-item basis.

In a later update, online status is to be expanded to include not only Online, Away, and Offline options, but also an Invisible mode that presents as Offline while allowing access to friends lists and Steam's messaging service.

"Sometimes you're feeling social, and sometimes you're not; this setting should help Steam users be social on their own terms," explained Steam developer and community admin Al Farnsworth.

While the update prioritises user privacy and choice – and better prepares Steam for the EU's privacy-respecting General Data Protection Regulations (GDPR) due late May – it disrupts third party sites that use Steam to track aggregate sales data, in-game achievements, and user reputation, with Steam Spy perhaps the most prominent example.

In its current form, it allows developers and publishers to compare their projects with existing games' popularity, but depends on ready access to publicly available user profiles.

"Steam Spy relied on this information being visible by default and won't be able to operate anymore," Galyonkin wrote on Twitter.

"I still can estimate sales and stuff by [concurrent users], but it will take a lot more manual work and will be less precise," he wrote. 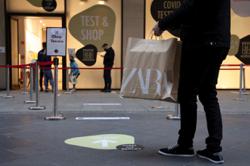 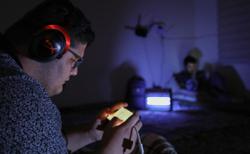