With the original Mega Man franchise set to return later this year after nearly ten years away, developer and publisher Capcom is drawing attention to its offshoot, Mega Man X, as the expansion franchise approaches its own 25th birthday.

Five years after Mega Man made its own debut, Mega Man X wall-jumped onto SNES in December 1993, and its heritage will be remembered through a two-part Mega Man X Legacy Collectionarriving in July on PlayStation 4, Xbox One, Nintendo Switch and Windows PC.

On PlayStation 4 and Xbox One, the collection is available on disc as well as digitally, while the Nintendo Switch retail package contains a cartridge for Collection 1 with the second delivered via download code.

Each collection contains prequel short The Day Of Σ as well as original soundtracks, vintage trailers, and a digital archive of art and merchandise.

A new challenge mode also allows players to pit their skills against not one but two Mega Man X bosses at the same time. 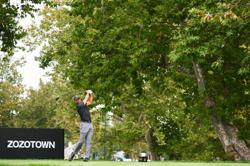