From headsets that help you lose weight without dieting to a smart meat thermometer, here are five eye-catching devices on display at the Mobile World Congress, wireless industry's biggest conference which got underway Monday in Barcelona.

Tired of bending down to lock your bike? A team of South Korean engineers have developed a small circular device that is installed on the hub of the front wheel and is connected to the owner's smartphone via Bluetooth.

When the bike owner stops riding and walks away, the device – dubbed Bisecu – automatically locks itself. When the rider returns, it detects that too and it will unlock.

Any thief who tries to ride off with the bike would find the front wheel frozen in position – and a 100 decibel alarm would also be triggered and the owner notified on their phone that the bike is being tampered with.

British startup Neurovalens presented a headset that generates a low-level electrical pulse which sends a signal to the brain to burn fat and lose weight. 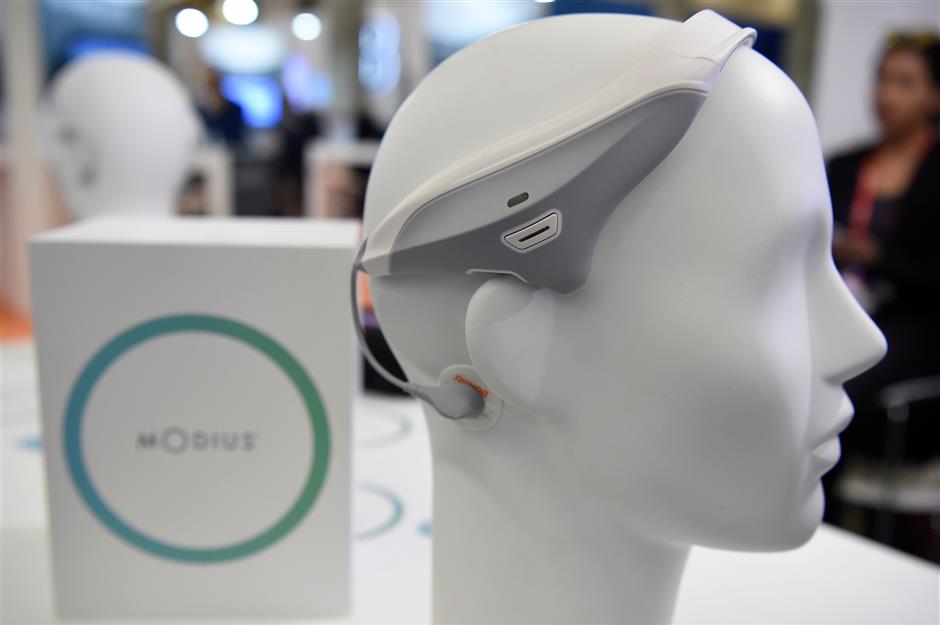 A Modius headset device that stimulates the part of the brain known to control fat storage, metabolism and appetite at the 2018 Mobile World Congress. — AFP

The company's head Jason McKeown said 80% of those who have used the Modius headset have lost weight. It comes with an app that allows you to track your progress.

Knowing how long to cook meat can be tricky, and you often need to check the oven multiple times to make sure you don't overcook it.

The Meater, a wireless meat thermometer about the width of a standard pen, lets you monitor how your meat is doing from an app on your phone.

It works like any other meat thermometer, except it communicates with your phone via Bluetooth or WiFi.

"You chose on the app how you would like the meat cooked, whether it is rare, medium or well done, and the app tracks the temperature. When it nearly gets to that point it beeps on your phone."

Can I really pierce this wall or is there a pipe behind it? Israeli 3D imaging company Vayyar has developed a sensor that uses radio waves to "see" through materials.

Stick the sensor on your mobile and when you place your handset on the wall, what is behind it appears on the screen.

"It is almost like a new kind of camera that opens up capabilities that were not there before," said Vayyar director of marketing Malcolm Berman.

US firm Vuzix presented its latest augmented reality glasses which connect to your smartphone, allowing text messages to appear before your eyes as you walk through the streets. 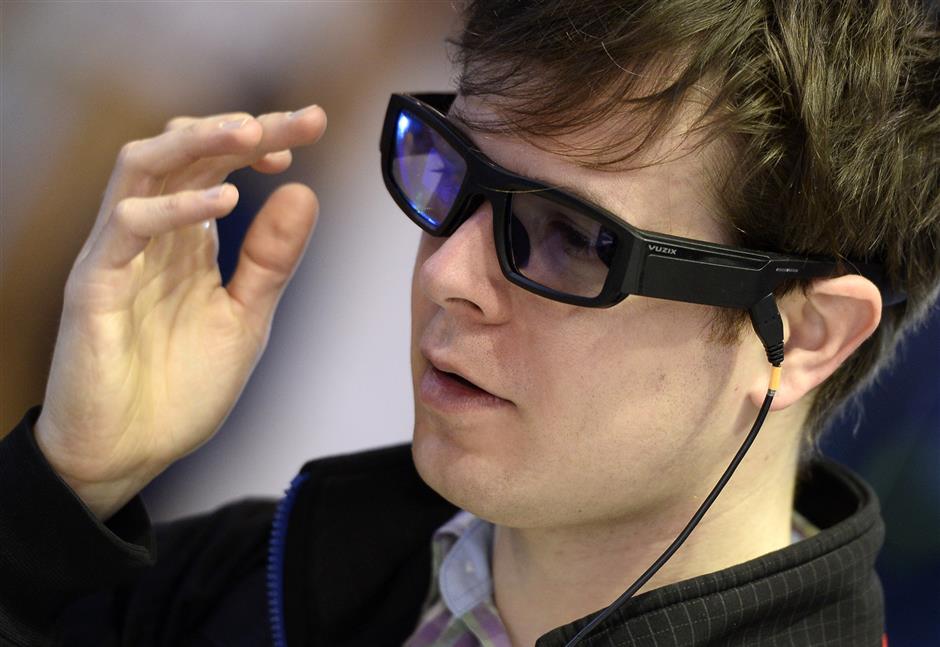 The glasses can also give you directions via GPS on the screen and if you want to take a picture you don't need to take out your phone.

Just tap the side to open the photo app, look at what you want to photograph and the glasses take the snapshot. — AFP