SoCar states that renting a car is as easy as three steps: book, unlock, drive.

South Korean car-sharing service SoCar is now in Malaysia, giving an alternative to ride-sharing services for those who don’t have a car but still prefer to drive.

According to its site, users can rent the car using its Android or iOS app for as low as RM8 an hour, which includes 30km worth of petrol, though an additional 0.25sen per-km will be charged after the first 30km.

Users will also have to return the cars with at least half-a-tank of petrol or face an RM100 penalty. A petrol card is provided to refuel.

The service requires users to be at least 21 years old, have a MyKad or Passport, valid Malaysian or international driving license, and a credit or debit card for payment.

The cars incorporates a keyless system which can be unlocked using the SoCar app, and are available at parking bays in malls and near public transportation.

A check of the app showed cars were available in various locations across Kuala Lumpur, including KL Sentral, Bangsar and Bangsar South.

The company also offers a door-to-door valet service, where the company will deliver the car to the users’ desired pick-up point, and later pick up the car from a return point after users are done driving.

This costs an additional RM5 and for now is only available within Bangsar and Damansara Heights.

SoCar was founded by Korean Jimahn Kim in Nov 2011 and is reportedly the largest such service in South Korea, with over three million users as of Sept 2017.

According to CrunchBase, the company has raised US$74mil (RM297.04mil) through two rounds of funding. 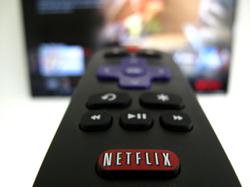