At your command: The handy Air Command has been updated to include shortcuts to your favourite apps.

In 2011, when just about every smartphone maker was focused on making slimmer and smaller devices Samsung bucked the trend by introducing the rather large Galaxy Note.


It was initially considered too big but before long both users and manufacturers saw the benefit of a smartphone with a large screen.

It gave birth to a new breed of devices called phablets which are bigger than smartphones but smaller than tablets, promising the best of both worlds.

Now that the phablet market is getting crowded, Samsung has tweaked the Note in interesting ways to keep its rivals guessing.

See the difference
The Note 5 is unlike any other Note device before it. For the older devices Samsung favoured plastic and faux leather for the back but not for the Note 5.

It’s almost entirely made up of metal and glass, giving it a sleek, premium look, but like any shiny surface it’s a fingerprint magnet. Our review unit, which is the Gold Platinum, had to be constantly wiped to keep it fingerprint-free.

As the Note 5 is large, Samsung has given it a curved back to make it easier to hold and it helps. The new TouchWiz has curvier icons.

The 5.7in Super Amoled screen is one of the brightest – if you like vibrant colours, you will love it as it makes photos and videos stand out. However, if you are a stickler for colour accuracy then it may not be your cup of tea.

The Note 5 is the first in the Note range to have abandoned an expandable memory card slot and removable battery. They are two of the features that made the Note unique so it was rather surprising that Samsung left them out.

To make up for the lack of microSD card slot, the Note 5 comes with 32GB internal memory of which about 7GB is taken up by the system.

The Note 5 has a 3,000mAh battery, a little smaller than its predecessor’s 3,220mAh battery, but it’s not really a bad thing. Samsung seems to have made the Note 5 energy efficient so it actually lasts longer than the Note 4 but not by much.

The good thing is that the quick charging mode works as advertised. Although we have gotten used to the Note 4’s quick charging feature but the Note 5 still managed to impress us as it charges noticeably faster.

To power the phone fully from 20% takes an hour with the standard charger. It also supports fast wireless charging but we didn’t get a chance to test out this feature as we didn’t have the wireless charger.

Pro performance
As the Note 5 is one of Samsung’s flagship devices, we expect only the best in terms of hardware and it doesn’t disappoint.

It’s powered by the company’s own octa-core Exynos processor with 4GB RAM,  and runs on the latest version of Android available on the market, Lollipop 5.1.1. While it’s a little early to say, it will most likely get the Android Marshmallow update when Google releases it.

With so much firepower, the Note 5 didn’t have any issues in the performance department even after we loaded it with demanding apps and games.

We tested it with graphics intensive games like NBA 2K14 and Need For Speed Underground. Both are  power- and resource-hungry, but the Note 5 handled them without a hitch.

One drawback in having a device with a powerful processor is that it tends to heat up easily, especially when playing games.

TouchWiz, Samsung’s user interface for Android, has been tweaked a little, making it look better than ever with curvier icons.

The company has also reduced the number of apps that comes pre-installed with the device which is always a good thing. 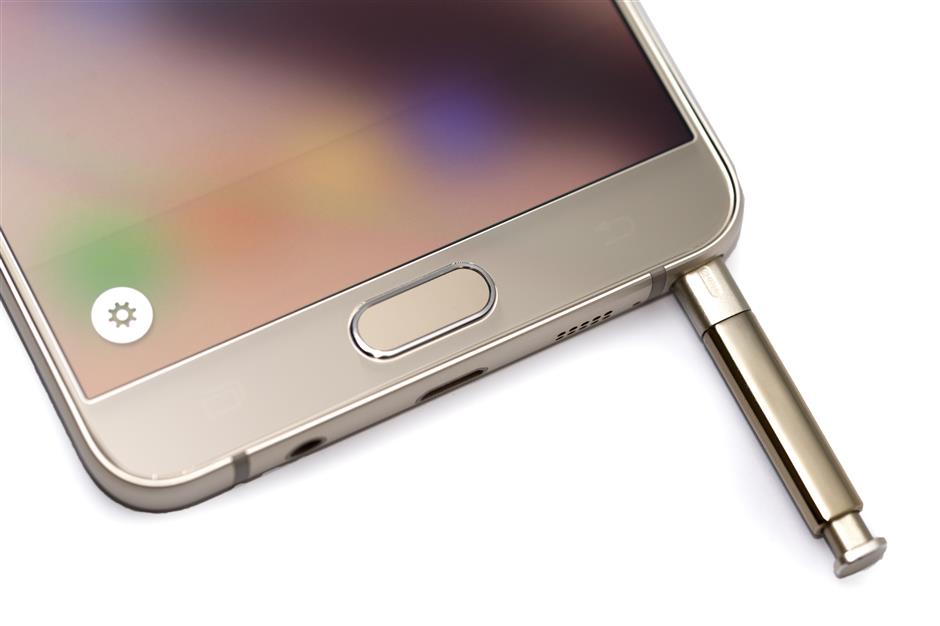 The stylus ejects with a simple press.

The highlight of the Note devices has always been the S Pen which has once again received a nice upgrade to make it more accurate and sensitive.

The phone even has a new mechanism for releasing the stylus from the holster with a press of a button – it’s cool if nothing more.

As soon as it’s out, it will activate Air Command which offers shortcuts to a number of handy functions and has been updated to allow you to include your favourite apps. Air Command can also be activated by bringing the stylus close to the screen.

The new feature we like most is the ability to write on the screen as soon as you release the S Pen, even without turning on the screen.

It is such a simple and practical process that it makes you wonder why no one has ever thought of it prior to this. Plus, you can save your note as a PDF file.

The only complaint we have is that the plain and smooth design of the stylus also makes it feel a little plastic.

Speedy shooter
The Note 5’s camera is the same as the Galaxy S6’s in terms of resolution and user interface, but has a few more interesting functions like the ability to save images in RAW format.

The 16-megapixel sensor produced really good photos, and it’s safe to say it’s one of the best smartphone cameras. If you are looking for a device with a great camera, you can’t go wrong with the Note 5.

Launching the camera is as easy as double tapping the home button and you can do it at any point and even when the phone is in standby mode and locked.

It not only launches fast but is also quick to focus and snap a photo – we experienced no shutter lag at all.

And OIS (optical image stabilisation) kicks in not just for photos but also videos which is great. However, it’s limited to the rear camera.

The 5-megapixel front-facing camera is also impressive and can be triggered just by touching the heart rate sensor on the back.

Feature-packed
The Note 5 features the improved fingerprint sensor first seen on the S6. Unlike the one on the Note 4, you don’t have to swipe your finger over the home button and instead just have to touch it. It’s accurate and fast, and rarely failed to recognise our fingers.

Samsung’s Multiwindow is also here to take advantage of the Note’s large 5.7in screen, as you get to load two apps on the screen simultaneously.

It’s great for people who like to multitask and there was no lags when we tested the feature with different apps.

If you are into health and fitness, you will like the S Health, an all-in-one app for tracking just about anything, including your heart rate, calories consumed and distance travelled.

End Note
The Note 5 has all the stuff you loved about the Note 4 and then some in a package that looks far superior.

The choice of metal and glass for the body goes a long way in giving the Note 5 a premium look befitting the RM2,699 price.

About the only thing that will bother Android fans is the lack of an expansion slot but this is something we are starting to see with more and more brands. It all boils down to if you can live with 32GB, as the Note 5 doesn’t come in any other sizes.

Other than that you won’t find the phone lacking, as it’s one of the most feature-packed Androids to come out of Samsung’s stable. 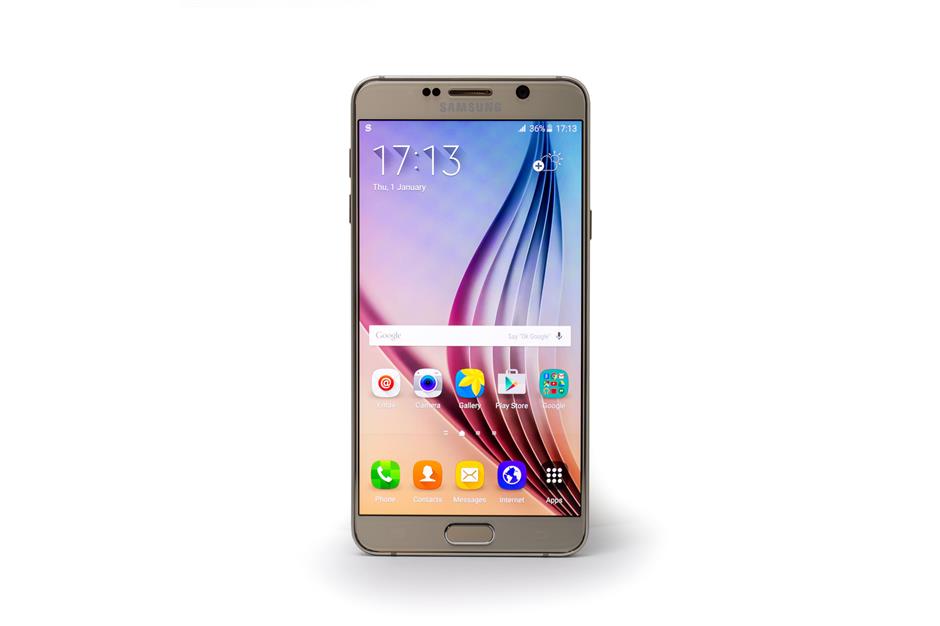