If there's one thing that you can say about Bethesda's first showcase at the Electronic Entertainment Expo 2015 (E3 2015) it's that the company knows how to update the classics.

It showed off all the games we basically expected it to, including a new Doom, Dishonored 2 and Fallout 4 and it was good to see that the company honoring the spirit of these games but with new and interesting twists. MORE DOOM: Doom's single-player campaign looks good, but it's the Snapmap map creator that will get players to keep playing.

Doom
For Doom, ID Software and Bethesda delivered a slick-looking first-person shooter with the kind of graphics we've come to expect from the series.

However, the biggest thing about the next Doom is that its multiplayer campaign will also come with an in-game tool for players to create their own levels without having to learn any complicated programming.

Called Doom Snapmap, players can create their own maps, edit in-game elements and even change the game logic so that it plays exactly the way they want it to. Multiplayer mayhem
Next up was Battlecry, an online team-based action game which looks like a bit like Valve's cartoony Team Fortress 2.

For Battlecry, the company announced three of the five classes that gamers will be able to play as, namely Enforcer, Duellist and Tech Archer.

More Dishonor
Next up was the announcement for a game many people had been expecting, thanks to various leaks – Dishonored 2.

Apart from the cool trailer, the developers of the game also announced that players will be able to choose from one of two characters in the game, i.e. the first game's protagonist, Corvo Attano or female character Emily Kaldwin, a previously non-playable character in the first game.

Radioactive Fallout
Of course, most people in the hall were expecting more on Fallout 4, following the recent official announcement of the game, and they weren't disappointed.

Bethesda revealed several new features in the game including a Pip-Boy Edition of the game with a very special physical item. EASY CUSTOMISATION: Fallout 4's character customisation promises to be more intuitive than most

First off, Fallout 4's character customisation allows you to choose between a male or female character and the extensive physical customisations does away with loads of menus.

Instead, players will be presented with a basic character looking at a mirror of himself or herself – clicking on various features will open a little pop-up menu offering customisation options.

In the game itself, all character conversations with non-playable characters (NPC) are dynamic – players are free to continue the conversation, or stop or even shoot the NPC if they so desire. 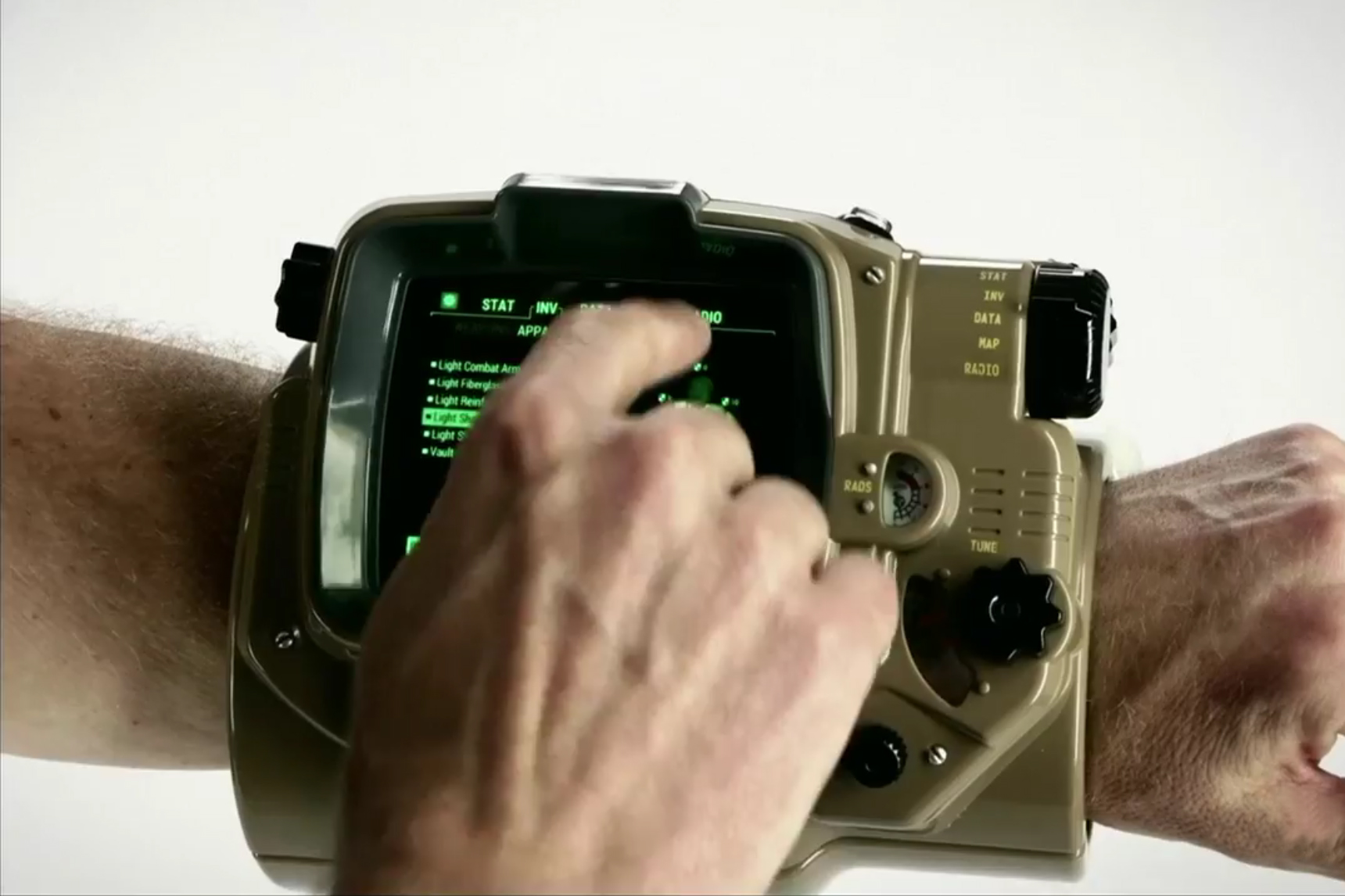 WRIST COMPUTER: The Fallout 4 Pip-Boy Edition comes with a plastic wrist attachment that you can slot your smartphone into and use as a second screen app for the game.

However, the most interesting feature of the game is that there will be a Pip-boy edition that will be bundled with a replica of the Pip-Boy in the game.

This wrist attachment accepts an Android or iOS device and with an app installed, will act as a second screen for the game, mimicking the actual Pip-Boy's functions in the game.

The biggest announcement was that Fallout 4 will hit stores this year – Nov 10 to be exact, so start saving up now, especially if you want the Pip-Boy Edition.

Fallout Shelter is a game where you manage little characters in a Fallout vault, similar to The Sims, by making sure they are happy, fed and live together in harmony.

Although the game is free-to-play with in-app purchases, the company assures gamers that Fallout Shelter will not have artificial timers to slow you down and encourage you to purchase in-app items.