Cellphone photo class is not just for taking pics

PHILADELPHIA: A new cellphone photography class at a suburban Philadelphia university focuses on both the quality of the images and the ethical responsibilities that come with taking and publishing them.

Cellphone cameras — and associated scandals — have become so ubiquitous that it’s important for students to realise “the full gravity of what’s at their fingertips and the power they can have,” Immaculata University communications professor Sean Flannery said.

Flannery teaches the class with Hunter Martin, a professional photographer who works with students on the mechanics of making the images, including composition, lighting and editing. Flannery deals with such issues as voyeurism, ethics, citizen journalism and the difference between public and private spaces.

With cellphone photos constantly making headlines — images ranging from a US Airways jet afloat in the Hudson River to a shirtless Rep. Chris Lee, which led to his resignation — Flannery said his goal is “to sell the students on the notion that the camera phone and its usage in culture is news in the making.”

“I think it’s part of our responsibility ... to teach kids how to use this tool,” he said, adding that it’s no different from teaching proper use of a videocamera in a broadcast news class.

Cellphone photography courses are not new. New York University has offered a cellphone video class each fall since 2009. Immaculata officials believe theirs is different in addressing the ethical aspects as well.

Stephen Vujevich, a 21-year-old senior, said he hopes the class will teach him how to be a responsible citizen journalist — by capturing and disseminating images from newsworthy moments — “instead of being the awkward onlooker.”

“Society is rapid ... it’s viral,” said Vujevich, of New Kensington, Philadelphia. “When something happens, people want to know about it.”

About 20 students enrolled in the course this semester, the first time it has been offered. The university plans to offer again it next spring, though Martin said they may begin requiring smartphones.

About a third of the current class has older, less sophisticated phones that are unable to e-mail pictures or download photo editing apps; some cannot take horizontal photos, Martin said.

Flannery and Martin plan to exhibit the students’ cellphone photos at a campus art show in April.

Immaculata is a private Catholic university that serves about 1,000 full-time undergraduate students in Malvern, about 20 miles west of Philadelphia. — AP 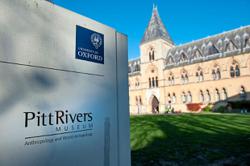