OnePlus One: Mano a mano

This Android is a year late but is no less impressive.

It was not too long ago that consumers were sceptical about smartphones from Chinese brands. All too often I heard remarks such as “China phone? Is it reliable? Will it explode?”

How things have changed, as even the top smartphone ­makers are flinching from the strong competition they are ­facing from Chinese manufacturers.

One such Chinese company that’s making waves is OnePlus. It has only released one model so far but the industry has dubbed the device the “flagship killer”.

The distinction is due to the smartphone having top-notch ­hardware and features similar to flagship models from other ­companies but costs far less.

Initially released in limited ­supply and markets in 2014, it has now finally made its official entry here, albeit one year late.

The One is impressive from the get go. While most manufacturers have taken a minimalistic approach for packaging their devices, OnePlus has packed the One in a simple yet stylish box with a fancy USB ­charging cable and holder for the SIM ejector.

The One itself is a head turner and I especially like the back which feels like sandpaper, a nice change from the plastic, metal and glass that are now common. 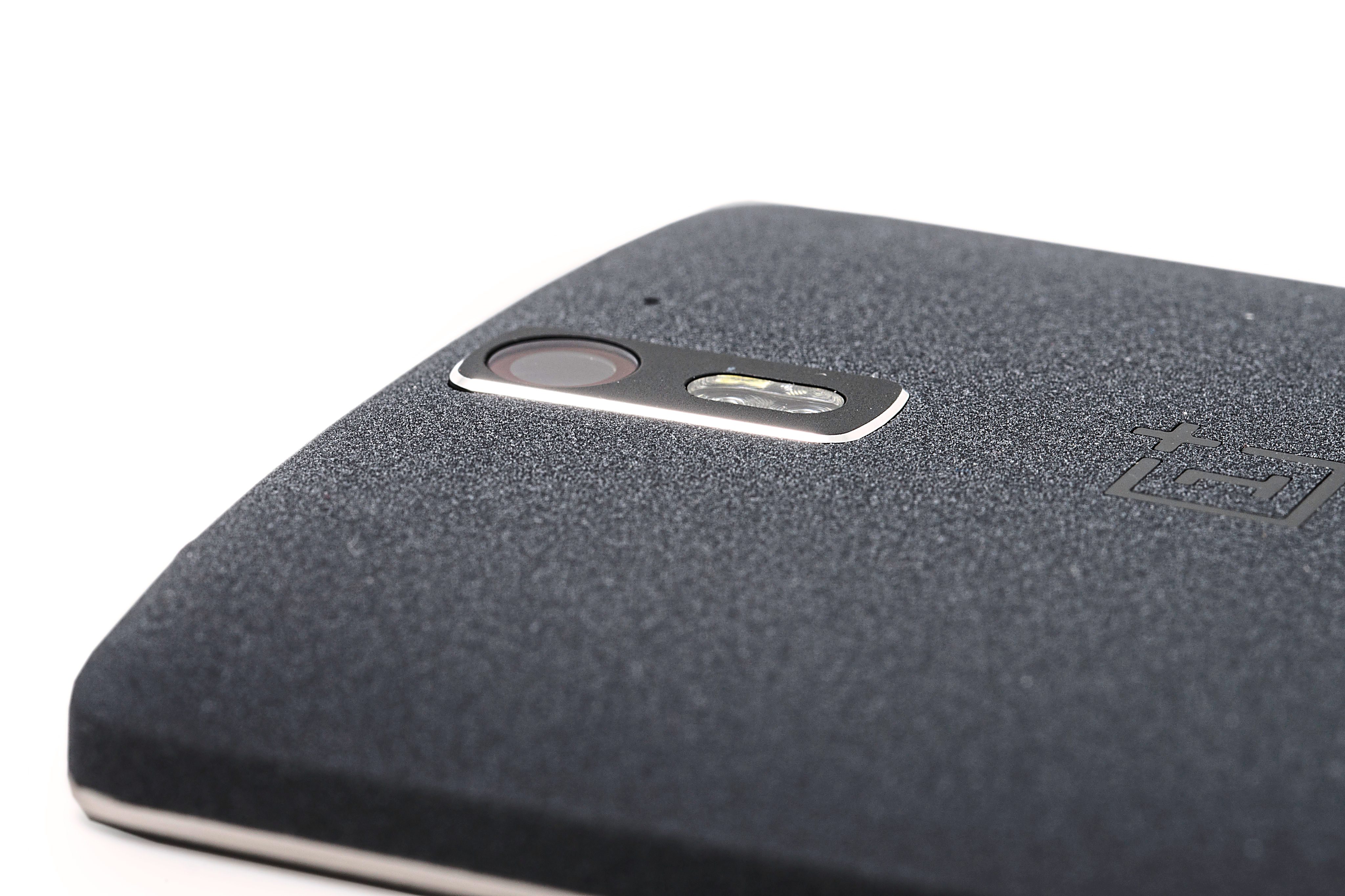 UNIQUE: The back feels like sandpaper, a feature that sets it apart from other smartphones in the market.

With a screen that is 5.5in big, it’s safe to say that the device fits in the phablet category. It’s not too wide, so one-handed usage for most tasks is still manageable, although it’s by no means an easy feat.

At 162g, the device doesn’t feel overly hefty for its size. In fact, it’s just nice for a phablet, as the weight feels pretty balanced in the hand.

The speaker grille is at the ­bottom of the device and not the back which is great, as the sound won’t be muffled if you place the device on its back when watching videos or listening to music.

While it has capacitive keys under the display, you can ­disable them and choose to use the on-screen buttons instead. This is great and not enough smartphones offer this option.

The One doesn’t have an ­expansion slot but it comes with 64GB of memory, which is ample space for storing your apps and games. Also, OnePlus has wisely chosen not to pre-install much bloatware with the device, so most of the space is left for you to use.

One of the biggest attractions of the One is what comes under the hood. It has a quad-core 2.5GHz Krait 400 processor, 3GB RAM, 3-megapixel camera and 1080p display, all of which are usually only seen on flagship models that cost much more.

We tested the device’s gaming capabilities by running games such as Need for Speed Most Wanted. All the games played smoothly, although the device heated up but not to an unbearable level. BEAUTIFUL: The One boasts a big and sharp screen, decent speakers, and good viewing angles.

When it comes to software, not many Android devices ­actually give you the vanilla Android ­experience as Google intended. Most ­manufacturers add on their own customised “skin” over the Android operating system to give users a more ­personalised user interface (UI).

This is also the reason why the majority of the Android devices on the market take a longer time to receive OS updates compared to Google’s Nexus lineup.

With the One though, users will get a UI that’s as close to the vanilla Android experience as it can get. The CyanogenMod UI is highly ­customisable and is ­especially ­popular with those who love ­modding their devices.

Also, expect to receive lots of patches for the device. During our short two-week review period, we received numerous incremental system updates.

Photos taken using the 13-­megapixel camera were quite impressive even though the camera stuttered when the smartphone was moved too fast. We have little to complain about the sharpness, white balance or colour.

On top of that, the One’s camera also allows you to record 4K videos in the Digital Cinema Initiatives (DCI) open-standard, which isn’t common on ­smartphones yet. The smartphone is also a great media consumption device thanks to the big and sharp screen, and decent speakers. Viewing angles was also good, as was ­visibility under sunlight.

Also, the automatic brightness setting is among the better ones we have come across on a smartphone.

The One aced almost every expectation that I had, but battery life is not one of them.

Even on standby mode, the device loses power fast when ­connected to mobile data. Needless to say, it drops a whole lot faster while watching videos or playing games.

While it is by no means bad, you are better off carrying a portable battery charger.

All in all, the One is a device that is hard not to like.

Despite officially reaching our shores a year late, it still offers bang for your buck at just RM1,119. You are essentially paying less and ­getting more for your money with this device.

If you like Google’s earlier line of Nexus devices that were ­popular because of the stock Android ­experience and affordable price then you will like the One, as it offers the same, if not better.

The specs may no longer be as mouth watering as it would have been had the smartphone reached our shores last year, but ­performance-wise there really isn’t much to complain about.

It’s easy to see why the One was christened the flagship killer when it was released a year ago.

Cons: Battery life could be better.