Ever since the 2007 debut of The Witcher, the series has been raising the bar for choice and consequence in role-playing games. Every entry in the series has taken the concept one step further, but The Witcher 3: Wild Hunt is the most ambitious attempt yet, showing the ripple effect of tons of choices across a large world.

CD Projekt RED doesn’t disappoint, proving once again why it’s a genre juggernaut. With abundant improvements, a bigger world, and more exciting choices on every level, The Witcher 3 is one of the best games I’ve played in recent years, providing a stimulating challenge on and off the battlefield.

What makes the choices so interesting is the immersive world that they have shaped. From snowy mountain tops to beautiful waterfalls to wildlife running across the forests, CD Projekt RED created a landscape with an excruciating amount of detail that makes it a thrill to explore.

You never know when you might find a hidden cave, discover a hidden treasure underwater, or stumble upon crafting materials for potions or new armour. The towns feel alive with events happening all around, like drunken bar fights and houses burning down. 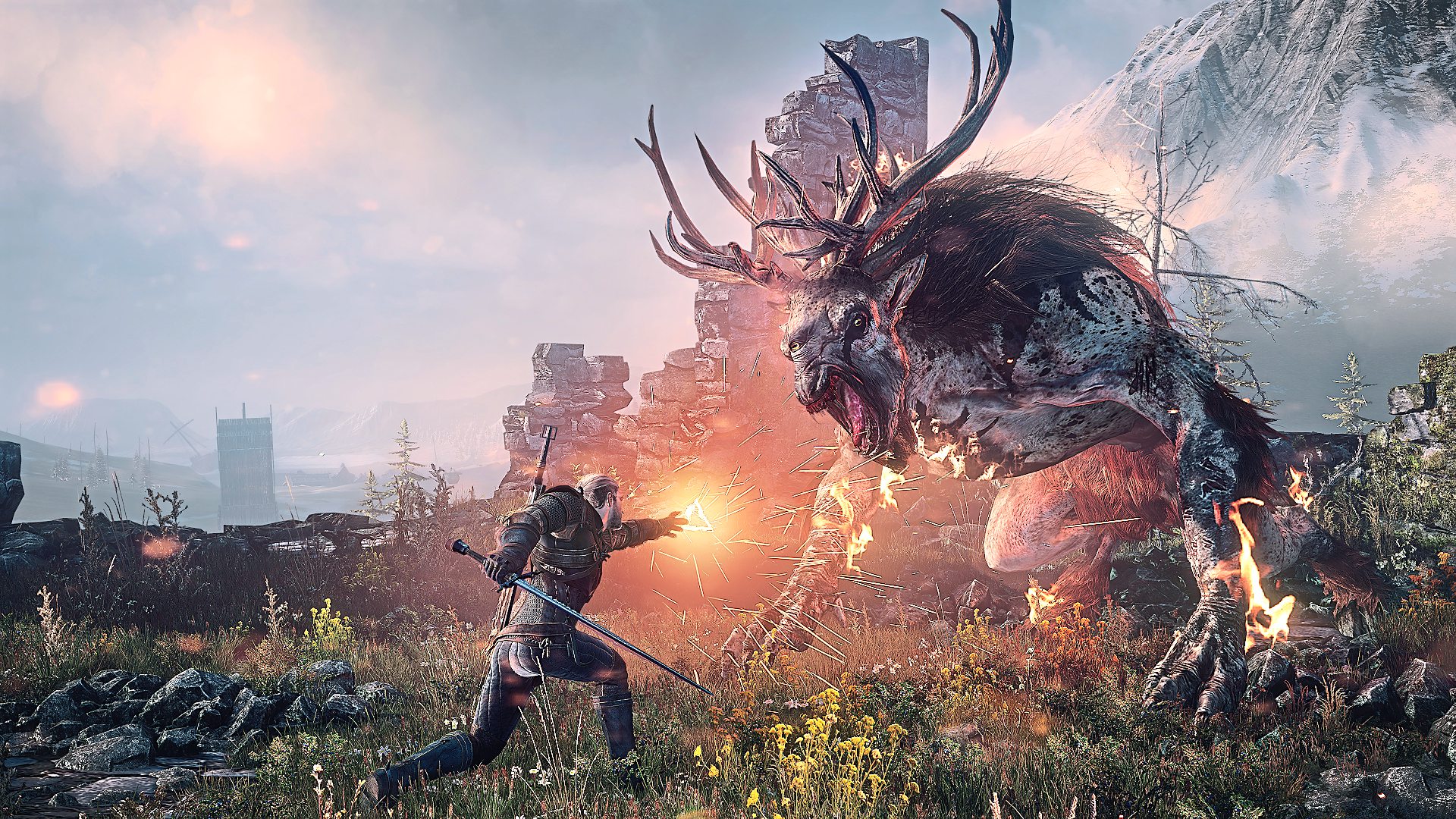 IN IT TO WIN IT: There are hundreds of quests available focusing on monster contracts and treasure hunts.

You never feel like a bystander – you are a part of what’s going on around you. You can choose how involved you want to get, and even little choices carry consequences. For instance, I told off a religious man preaching about the dangers of witchers, and he later sent thugs to beat me up.

Unlike games that offer a few key choices to alter the narrative, The Witcher 3 provides abundant options that can shape the world in all kinds of ways.

Hundreds of quests are available across the map, focusing on monster contracts and treasure hunts, while smaller story quests centre on the inhabitants of each town.

I was surprised at the variety and how well-written the quests are – everything holds an unexpected story, like a jealous woman trying to steal her sister’s werewolf boyfriend. It made exploring the world a blast; I always looked forward to revisiting past people I helped to see what path I set them on.

In one case, I chose between a brother and sister for the throne and saw the empire flourish due to my decision.

I’ve never felt so connected and like I had so much power over a virtual world before. The dilemmas are some of the best in the series.

You have plenty of ways to solve them (like brute force, doing favours, and using witcher powers), but I never felt judged for any of my choices.

My favourite part is how the writers are always one step ahead and my decisions are never safe; the shades of grey mean that you never know who to trust, requiring you to think carefully about every situation.

The world is brutal, full of liars and tricksters just waiting to outsmart you. Would you trust someone who tells you to throw a baby in the oven if it’s for the greater good? I didn’t – but maybe I should have.

The main narrative is also intriguing, but only fans who have been following the series will get the most out of it. Geralt remains the composed hero we’ve come to know, but he’s no longer a blank slate with his memories back. BLANK SLATE NO MORE: Geralt is back and he's kicking butts and taking names.

This entry explores his past and shows a more emotional side of him thanks to Ciri. She is like a daughter to Geralt, and he must find her before the dangerous Wild Hunt organisation uses her for evil. Seeing Geralt react as a father in this dire situation is an interesting change for the character.

In addition, new and returning personalities have fascinating developments. Geralt’s former flame Triss has her own storyline about fighting against the persecution of mages. The writers handle every situation with authenticity – Triss and Yennefer’s complicated relationships with Geralt in particular.

The romances have more substance than what CD Projekt RED has provided before, with better build up and discussing more complex emotions and topics. These romantic plots were too abrupt in previous entries, but I was satisfied this time around.

Great writing and intense decisions aside, the gameplay has also vastly improved. This is the most accessible entry yet, thanks to different difficulty settings, a better interface, more lenient weight restrictions, and a less demanding alchemy system.

Combat is much more responsive and action-packed compared to the stilted experience of past entries. This doesn’t sacrifice any of the difficulty; outside of playing on story mode, a great deal of strategy is required in the tense battles. Exploiting enemy weaknesses with spells, crafting potions to give you an edge, blocking at the right time for counterattacks, and dodging in the nick of time are still of the utmost importance.

You are always in danger, even during basic exploration. Enemies can strike from anywhere, including the air and underwater. NOWHERE IS SAFE: Enemies can strike from anywhere, including the air and underwater.

The new crossbow eases the pain of flying enemies, but it wasn’t my favourite weapon. Even with upgrades, I found it a pain to aim and fire at enemies, slowing the momentum of battle.

Still, whether you are taking down a difficult monster contract or participating in an adrenaline-pumping scripted battle, fighting is intense and fun, forcing you to exploit every weapon in your arsenal.

You can also upgrade your character any way you want, focusing on the areas you prefer, such as magic, physical attacks, and alchemy.

I have very few complaints about The Witcher 3, but it does have some minor nuisances. Breakable weapons interrupted my adventure more often than they should have (you can only repair them by finding a craftsman or buying armour repair kits).

I also wasn’t too impressed with the scenes where you play as Ciri. She’s an awesome character so I liked getting to know her better, but these sequences were far from exciting. Ciri is more agile than Geralt, but she doesn’t have access to magic and the fights just felt too simple. Also, some late-game locations are unnecessarily difficult to access, lacking good fast-travel options.

By the end of the game, 36 different world states are available, depending on your actions. The main story also has multiple endings, and some are definitely more satisfying than others, which I wish wasn’t the case.

In such a big game, you want to walk away feeling like your time was well spent. My initial ending rubbed me the wrong way, and the disappointment lingered long after the credits rolled. For the most part though, I revelled in the experience leading up to it, even more than I did in past games.

The Witcher 3: Wild Hunt encompasses what I hope is the future of RPGs. It stands out for its wonderful writing, variety of quests and things to do in the world, and how your choices have impact in interesting ways.

Usually something is sacrificed when creating a world this ambitious, but everything felt right on cue. I still think about some of my choices and how intriguing they turned out – for better or worse. — Game Informer Magazine/Tribune News Service