Here’s a charming puzzle game in the form of bite-sized point-and-click adventures. It’s adorable and fun, even if it sometimes requires you to be mildly insane to guess its solutions.

We are in love with Tiny Thief, not only because it’s an adorable, cutely-­animated, bite-sized point-and-click adventure game that we can play on our phone. It’s also because the title Tiny Thief gives us an excuse to write a short review and end it with a lame pun.

On that note, let’s get started! 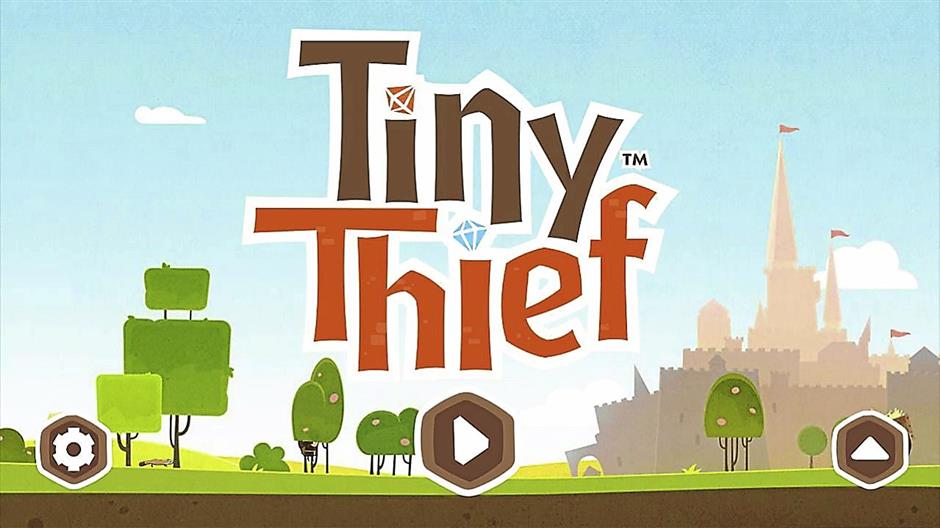 Cute: Tiny Thief has a very light hearted tone that reminds us of children’s fairy tales.


Tiny Thief tells the story of a tiny thief who gets into little ­adventures, from stealing cakes from a local bakery, to stopping a corrupt sheriff’s candy-stealing schemes, to liberating a scurvy pirate captain’s cursed treasure.

The game has a very light hearted tone that reminds us of children’s fairy tales, and its cute animations (especially the hero’s hilariously terrible attempts at escape when he gets caught) are fun to watch.

We would have recommended that you take a look at Tiny Thief for the art and animation alone, but the game continues to impress us by being a fun puzzle game to play. Curiosity helps: There are also several hidden objects in the stage that you can uncover (and steal) which add to your score.

Tiny Thief’s gameplay is ­reminiscent of classic point-and-click adventures, albeit divided into small stages instead of being one long adventure. You’re given a goal at each stage — e.g. steal a cake — and you need to figure out the correct combination of object ­interactions to reach that goal ­without getting caught by guards.

In other words, you need to wander around the stage, tapping everything to see if you can take it/poke it/climb it/etc until something happens.
There are also several hidden objects in the stage that you can uncover (and steal) which add to your “score” (i.e. you earn stars for completing a stage), which in turn adds another layer to the tap-­everything-and-see-what-happens puzzle-solving action.

Having grown up with games like Monkey Island, we found this kind of puzzles to be fun to solve. Rampant kleptomania and a ­complete disregard for trespassing laws are second nature to us, and it’s precisely why we’re writing this review from jail.

However, not everyone will find the logical leaps required to be intuitive, and this is where Tiny Thief loses some points. Sometimes actions don’t make sense until after you’ve performed them.

“Wait, why did I randomly steal this fish from nowhere? Oh, right, so I can lure a seagull that I had hitherto not noticed to land on this lever which will raise that ­platform. Of course.” Hands up: Walking near objects lets you see how you can interact with them, but you need to take care to avoid guards.

Fortunately, the other design decisions in the game help alleviate the problem of logical issues.

First, as mentioned, each stage is pretty small and can be completed while you wait for the bus or your turn in the prison shower. It’s never a frustrating multi-day slog to solve a puzzle.

Second, the game is generous with checkpoints, so if you get caught by a guard because you missed his patrol timing, you won’t have to replay from the start of the stage.

And finally, the game does have a built-in Book of Hints that you can call on if you’re really, really stuck.

What’s not to love? Tiny Thief is a charming puzzle game that you can take everywhere and play in bite-sized chunks. It’s got a good story which is told entirely ­visually, and it has an art style that’s a joy to see.

The game is currently available for iPhones, iPads and Androids, and at its low price points, you could say that Tiny Thief... is a steal.

Oh come on, we warned you.