Delux offerings for your home

As the company prospered, it expanded its product line to include window grilles, gates and fences, offering more convenience in the hopes of improving consumer lifestyles.

Founded in 2004 with only six people, Delux started its journey in a factory that was less than 2,000 sqft, specialised in customising and handcrafting auto gates and doors to enhance the ambience of residential spaces.

On top of that, Delux has expanded the materials it utilises from stainless steel to antique art gate materials, giving customers a wider range of product design options. This is now led by its own in-house design department that fulfils customised design specifications.

In 2007, Delux built its own design and developed a variety of design casts to fit the inspiration of nature, giving the door a 3D texture and helping it look less monotonous.

Meanwhile, it also successfully launched its first trackless automatic folding gate in 2009 after three years of research and development, as well as product testing. It also obtained the patent of the turning arm lock system, which passed the Sirim 50,000 switch test at the same time.

However, this did not come without its challenges. After receiving customer feedback, Delux regrouped and went back to the drawing board to improve and reinforce its weak points, which was eventually well received by the market.

In 2014, it introduced a set of aluminium trackless automatic folding gates in Malaysia, where it developed copper bearing to address the problem of rusting and cracking from the traditional iron bearings, as well as achieving 80% of materials are machine-moulded so that the products made are standardised to reduce maintenance.

In the same year, it made its first expansion to major cities in Southeast Asia, namely Brunei, Indonesia, Singapore, Thailand as well as India and Iraq.

Now after 18 years of service, Delux has expanded to a 100,000 sqft operation with 130 employees from the production department to office building.

This award-winning company has earned its chops to number among the top auto gate manufacturers in Southeast Asia and has registered copyright with more than 1,000 product designs to protect their rights.

Delux has also developed its own in-house application to enhance user experience, where the sales consultants can get updates on the latest product information on-the-go and also use the app to illustrate the customers’ desired products installed in their homes before purchasing.)

Moving forward, Delux ’s vision is to represent Malaysia as it expands worldwide in the next decade, by demonstrating its capability of producing high-quality products and improving the industry's standards. 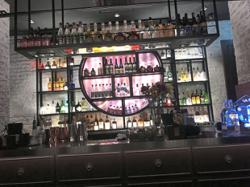 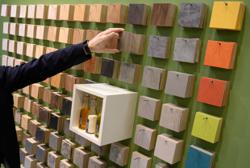