Taking the nation towards economic recovery 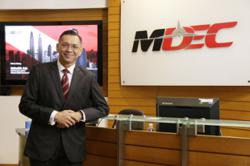 Pictured are VIPs at SDEC 2019] This year’s convention will have 45 distinguished speakers who will present various topics during the two-day panel discussions covering fintech, agritech, travel tech, digital marketing, and SME digitalisation.

Being part of the Selangor International Business Summit (SIBS) 2021, the theme of the sixth Selangor Smart City and Digital Economy Convention at the KL Convention Centre is “Digital Transformation Towards Economic Recovery”.

Selangor Mentri Besar Datuk Seri Amirudin Shari will officiate at the second day of the convention on Nov 20, while guests include celebrity and entrepreneur Datuk Seri Siti Nurhaliza Tarudin who is CTDK Holdings president.

Amirudin and Selangor state executive councillor Datuk Teng Chang Khim will witness the signing of a memorandum of understanding between CTDK Holdings and Sidec Sdn Bhd.

The event is co-organised by Sidec and Invest Selangor Berhad, supported by the Selangor International Business Summit. 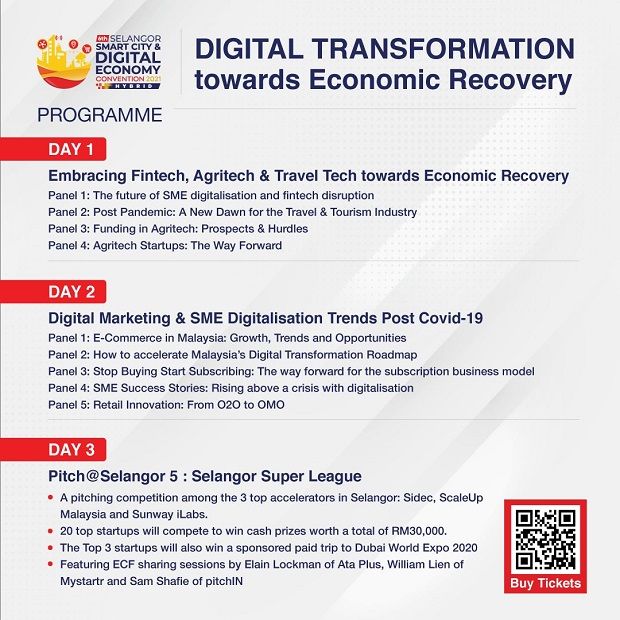 With a week to go before the convention, all 60 physical booths have been taken up by 40 participating companies. 700 participants are expected to gather at this three-day convention to delve together into the mechanics of the digitalisation ecosystem.

It is to be noted that the number of participants has had to be restricted due to Covid-19 SOP.

The convention gathers industry leaders, academics, SMEs, government and private sectors to delve into strengthening and growing the Selangor SME digitalisation ecosystem in shaping the existing and future smart city and digital economy frameworks and solutions.

There will be a livestream session with Siti Nurhaliza who is guest of honour.

Twenty top startups from the top three accelerators in Selangor – Sidec, ScaleUp Malaysia and Sunway iLabs – will compete for three spots to win cash prizes worth RM30,000 on Day 3 during Pitch@Selangor 5: Selangor Super League, which will also feature sharing sessions by Elain Lockman of Ata Plus, William Lien of Mystartr and Sam Shafie of pitchIN. 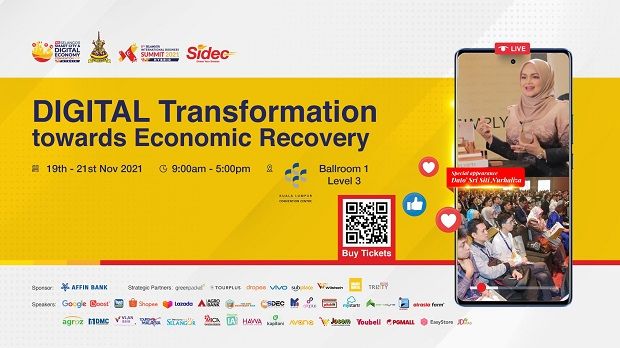 The Selangor Smart City and Digital Economy Convention will be held from Nov 19-21 (9am-5pm) at Ballroom 1 and 2, Level 3, KL Convention Centre. Those interested to join the convention can go to https://bit.ly/sdec2021thestar for more information. Originally priced at RM200, tickets can now be grabbed at RM79 for the three-day programme. Tickets can be purchased at https://www.ticket2u.com.my/event/26173?r=sdecthestar. 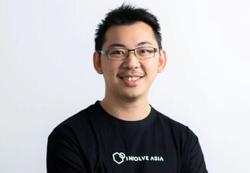 Ushering in a roaring good time in Kuantan
LESS HARMFUL ALTERNATIVE TO MANAGE SMOKING HABIT
Australian International School Malaysia reaches the top
EMPOWERMENT STEMS FROM EDUCATION
A special tribute for the timepiece
Usher in the Year of the Tiger with auspicious feng shui
REVOLUTIONISING THE PROPERTY INDUSTRY
Strike gold this Lunar New Year with MAE by Maybank2u
Get to know your prostate better
Watch a phone rise to the challenge, pushing the envelope on its legacy