Rocking it up with Malaysia's first ever AR concert STAYING at the forefront of today’s technological wave, Pepsi has been recognised by the Malaysia Book of Records for its ground-breaking first-ever augmented reality (AR) concert in Malaysia.

The concert, offered exclusively for Pepsi Black Raspberry consumers, received overwhelming response during the limited period from April 16 to May 16 and presented an innovative bold new way for music lovers to enjoy their passion.

To watch the concert, fans were required to get a bottle of Pepsi Black Raspberry, go to the designated AR concert website, scan the bottle when prompted, and enjoy the concert playing right on the bottle. 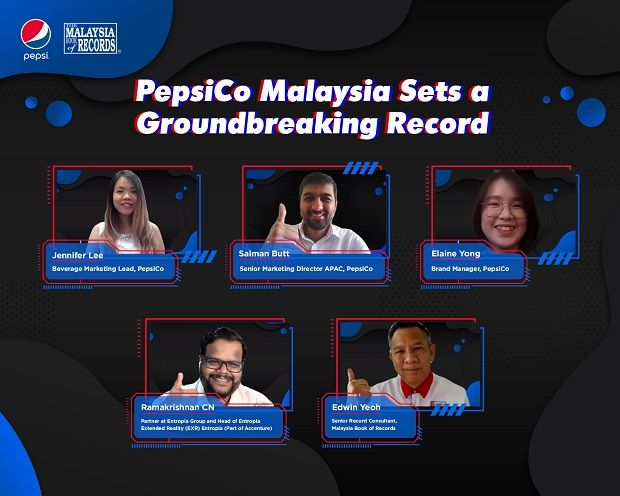 PepsiCo Malaysia sets a groundbreaking record with the launch of the first-ever Augmented Reality (AR) concert - only accessible via Pepsi Black Raspberry bottles.

“For PepsiCo, consumers are at the heart of all that we do. As a brand that uses music to connect with our fans, we endeavoured to find bold new ways to share music in this time of pandemic, when live events are restricted,” said PepsiCo APAC senior marketing director Salman Butt.

“Making the decision to hold the first augmented reality concert in Malaysia is our way of channelling our brand’s pioneering spirit and the bold personality of Pepsi Black, while offering consumers new opportunities to challenge the norm.”

The certificate of recognition from the Malaysia Book of Records was presented by its senior record consultant Edwin Yeoh, and received by PepsiCo Beverage marketing lead Jennifer Lee.

“It’s an honour to be recognised by the Malaysia Book of Records. We always strive to bring excitement and new experiences to our loyal fans and other consumers in Malaysia, so we hope everyone found the AR concert refreshing, with its combination of a new way to enjoy music, a new song by Siti Nordiana and fresh homegrown talents that many Malaysians may not know,” Lee said.

This first-ever AR concert in Malaysia by Pepsi was brought to life by Entropia, which worked closely with the Pepsi team in Malaysia – from the campaign ideation and tech exploration right up to the set-up and successful execution of the AR concert.

“To meet the needs of a bold brand like Pepsi, we looked at being experiential and charting new paths that would push the envelope,” commented Ramakrishnan C.N., partner at Entropia Group and head of extended reality at Entropia (part of Accenture).

“Constantly reinventing how brands connect with consumers and embracing fluidity in brand experiences helps in staying ahead of the curve, we are proud to work with Pepsi Malaysia in this groundbreaking application of AR in marketing.” 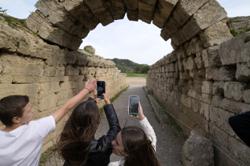