AS we become more digital in our everyday life, most of us are now used to making online banking transactions and approving via SMS TAC.

This TAC is a set of six-digit codes sent via SMS to the registered phone number of the bank account, as a way to ensure the transaction is indeed performed by the actual account holder.

But with the move to better safety and security, Maybank has incorporated approval steps right into its MAE app and Maybank2u MY App (M2U app).

Doing so will speed up the authentication process as well as making it easier for users.

Maybank’s Secure2u is a way to authorise your Maybank2u and MAE transactions that’s safer and more convenient.

This feature is an alternative to SMS TAC and available via the MAE and M2U apps.

It offers two transaction approval methods: Secure Verification, which is a one-tap approval; and Secure TAC in which a six-digit TAC is generated from both the mobile apps.

With that, Secure2u is easier to use and more secure than the usual SMS TAC as it removes the involvement of any third party from the transaction.

Secure2u offers better safety as it pairs up your device – your smartphone or tablet – with your M2U account, ensuring that any online transaction performed can only be approved via your device.

It reduces your exposure to SMS frauds and the need to rely on telcos for SMS.

Before long, Secure2u will be the default authentication method for all Maybank's transactions on MAE app, M2U web and app and other online platforms (via FPX).

Using Secure2u is easy, but first you’ll need to have a smartphone or tablet to install the MAE or M2U apps.

As the authentication comes through the app itself, you can technically do your transaction via the WiFi or a stable internet connection.

To register for Secure2u using the respective apps, check out the steps below: 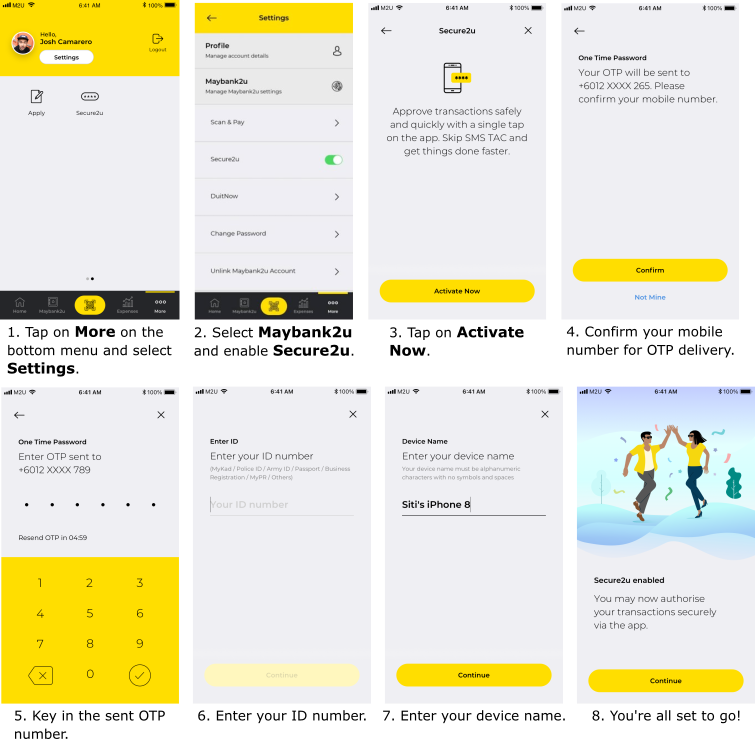 Registering Secure2u on the MAE app. 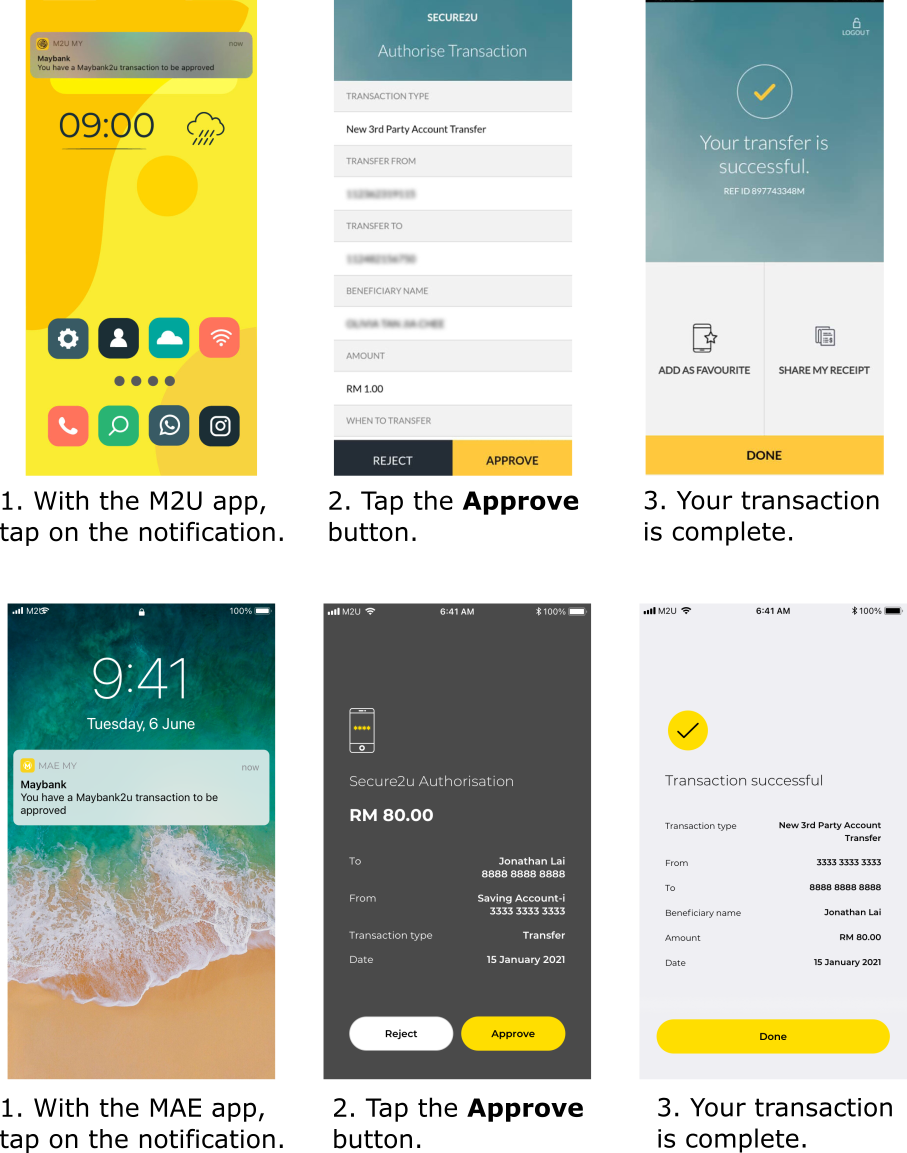 Registering Secure2u on the M2u app.

Do take note that Secure2u is tied to one app on one device at a time, so if you have already activated Secure2u on your MAE app, that becomes your default app to approve the rest of your transactions across the board.

Once Secure2u is activated, approving transactions is easy.

Approving transactions with Secure2u via the M2U (above) and the MAE (below) apps.

Approvals are sent via a push notification alert, which when tapped on, will open up the MAE or M2U app for you to approve. It is that easy!

If you are using an app registered with Secure2u for a particular transaction, the Secure Verification notification screen will appear within the app itself, instead of via a push notification, making it easier for you.

Using the MAE app can do so much more than just approving web transactions.

You can secure an overview of your accounts, cards and more with biometric and password lock as well as perform all essential banking transactions and track expenses automatically.

You can also use the Tabung feature to accumulate savings, for yourself or with friends to, say, go on a trip.

MAE app also lets you pay cashless, using Scan & Pay or using the MAE card. Besides, there are exclusive promotions found only on the app.

Together with Maybank2u web, the app will enhance your online banking experience anytime, anywhere.

For more, visit http://www.maybank2u.com.my/secure2u. You can download the all-new MAE app over on the Google Playstore and the Apple App Store.