Players at the 2021 U.S. Open will compete for a record $57.5 million in prize money and compensation when the tournament begins Monday.

The USTA, ATP and WTA agreed to the prize structure, which actually decreases the winnings of the men's and women's singles champions from $3 million to $2.5 million and the runners-up to $1.25 million.

There's a tradeoff, however. Now, the U.S. Open qualifying tournament will have nearly $6 million in prize money -- up 66 percent from 2009. Players competing in the first round will receive $75,000, a hike of 23 percent.

"We determined our round-by-round prize money allocations by engaging in an open dialog with the players and the management of both tours," said Stacey Allaster, the U.S. Open tournament director, in a news release. "We applaud their collective leadership in directing the 2021 US Open prize money to benefit the maximum number of players."

Prize money also is increasing for competitors in the mixed doubles and wheelchair categories.

The Open is scheduled to run through Sept. 12. 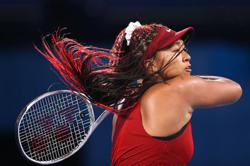