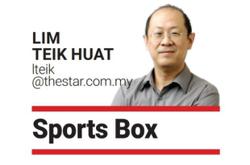 PETALING JAYA: The National Sports Council (NSC) reiterated that the door is always open for Low Wee Wern (pic) and have even offered an apology for any untoward feelings.

The former national No. 1 was among 10 players dropped from the Squash Racquets Association of Malaysia’s (SRAM) full-time programme following the NSC’s decision to downsize full-time athletes from 432 to 288 due to budget cuts.

The Penangite, who is currently recuperating from a knee injury, has questioned the way she was excluded.

“NSC would like to apologise if there are unpleasant feelings that emerged from the episode.

“NSC always have the best interests of athletes at heart with all planning and efforts galvanised towards achieving the objective for them to excel at the highest possible level,” said NSC’s statement.

“All previous communications with Wee Wern were conducted through SRAM even though Wee Wern was contracted to NSC because we always respect the role of SRAM and their ownership of the athletes.

“NSC, however, are always willing to discuss future plans with Wee Wern and our doors are always open for her.”

The NSC also clarified on the events leading to her omission.

“The joint-committee meeting, which was attended by NSC, ISN and SRAM representatives – together with an official from the Olympic Council of Malaysia – collectively decided to not offer an extension to Wee Wern for 2022 due to the fact that she will require more time to be back to her best possible shape and would not be ready for three major Games.

“The decisions of the joint-committee were conveyed in a virtual engagement session which was held on the 18th December 2021, of which Wee Wern failed to attend.

“SRAM, too, have had a session with Wee Wern to share details of the committee’s decision.”

The NSC, however, have agreed to SRAM request to cover the costs to send Wee Wern to several international competitions to regain her competitive edge once she fully recovers. 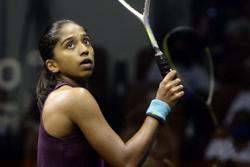 Sangari fails to free herself from Black Widow’s web
Squash: Sivasangari crashes out of World Championships in Cairo
Sivasangari needs to go the distance to upstage El Tayeb
Sivasangari finally beats Nadine to move into last 16
Sivasangari plots Nadine’s downfall on Egyptian’s own turf
Sivasangari goes through but Aifa, Rachel and Eain Yow fall at worlds
A great show in Cairo will mean the World to Sivasangari
It won’t be a walk in the park in Cairo for Eain Yow and Co
Addeen targets top-70 ranking this year
In-form Sivasangari pleased with world meet draw