Osaka’s boycott at French Open shows the times have changed TENNIS player Naomi Osaka did not want any attention on herself at this year’s French Open.

And the 23-year-old four-time Grand Slam champion did what she thought was best – skip the “compulsory” press conference and tweeted her decision to the organisers even before the event in Roland Garros started. She just wanted to play the game and not talk about the aftermath or even any other issues with the media. As she said later, it was her way of combating her depression.

But, like a tennis ball hit against the wall, that bounced right back at her.

She was fined and threatened with possible expulsion. And instead of avoiding publicity, she suddenly had all eyes of the world on her.

It eventually led her to pull out after the first round, re-emphasising her mental health concerns.

This whole issue of a media duty-boycott has divided people.

Many, especially fellow athletes, were sympathetic, saying the organisers should have accommodated her as the young star courageously admitted that she was struggling with depression.

Others, however, felt that it was the duty of a professional athlete to do media duties. If an exception is made for one, what guarantee is there that another person might not demand something else?

There are codes of conduct and responsibilities, and without an equal boundary for everyone, there can be chaos.

Personally, I am torn. My heart goes out to Osaka as I’ve seen many other athletes go through a similar state of mind.

But I also know the struggles of the media in wanting to disseminate news too.

I remember how hard it was to get former badminton great Lin Dan of China to attend press conferences under the charge of head coach Li Yongbo.

Lin Dan would try all his tricks to avoid meeting the foreign press – especially after an unexpected defeat. It had nothing to do with him being depressed – maybe it was just cockiness or discomfort in talking to the foreign media.

All these, of course, changed when the Badminton World Federation (BWF) also made it compulsory for players to attend press conferences. Eventually, Lin Dan warmed up.

Things are very different at home.

Most of our athletes are quite shy during press conferences but it’s easier to get them after the “official” session. They are more relaxed and chatty.

In fact, there is some kind of understanding. You don’t go after an athlete immediately when they are dealing with frustration or anger, (of course, you try your luck). Usually, some time and space are given – depending on what issue it is.

Take the case of Johor Darul Ta’zim’s Syafiq Ahmad – he only spoke up about the tragedy of losing his 22-day old son and mother-in-law, who were killed after the SUV he drove crashed – almost five months after the incident.

In a virtual press conference from Dubai, Syafiq vowed to use the unfortunate incident as motivation to do well in the ongoing 2022 World Cup-2023 Asian Cup second round qualifiers in Dubai.

It must have been a very difficult time then for Syafiq but he showed that he has been dealing with it.

As for Osaka, she probably needs more time, too.

I do hope Osaka will come out of all this a stronger person but she has highlighted a pertinent point – that the times have changed.

The media world is no longer the same. It has evolved so much since the days I sent my first-year university assignments using a typewriter.

Athletes are comfortable sharing their ups and downs on social media, they spend more time on different media platforms and have become little story-tellers of their own.

The medium for interviews has changed. We have to adapt and some of us have embraced it. I sat through an International Sports Press Association (AIPS) press conference to ask questions on the status of the 2020 Tokyo Olympics with 150 other media personnel from different parts of the world on Thursday, which probably would not have happened in pre-Covid-19 days.

But what has not changed and should not change is the same drive, same journalistic qualities, same dedication to bring out the best news for the readers.

To all my media buddies out there, both print and online, keep doing your best. A belated Happy National Media Day to all of you. 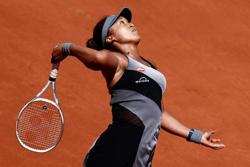 Calling for solidarity as Vietnam make surprise move to postpone SEA Games
Eyebrows raised as Olympics participants told to attend at their own risk
Bureaucracy and blunders – illnesses for which there are no shots
Milo – tale of a brand that continues to make sweet aroma in Malaysian sport
Pandelela’s World Cup feat should not hide diving’s plunging standard
Time for our male divers to step up to the plate in World Cup
In-form Devils will outshine Reds in entertaining tie
Power of people overpowers greed and racial discrimination in sports
Red-letter day for United and Liverpool
Can Tokyo Olympic Games stand firm on shaky ground?