PETALING JAYA: Young swimmer Sebastian Soon is on course for a smashing debut at the Sukma (Malaysia Games) in Ipoh in September after an impressive outing in the Asean Schools Games in Kuala Lumpur.

“I was not expecting to break a national record as I was only hoping to contribute a gold for Malaysia.

“I improved on my personal best by 2.7 seconds.

“I am happy as this shows I am on the right track to swim well in my first Sukma in Ipoh,” said Sebastian, who is from Kuala Lumpur. 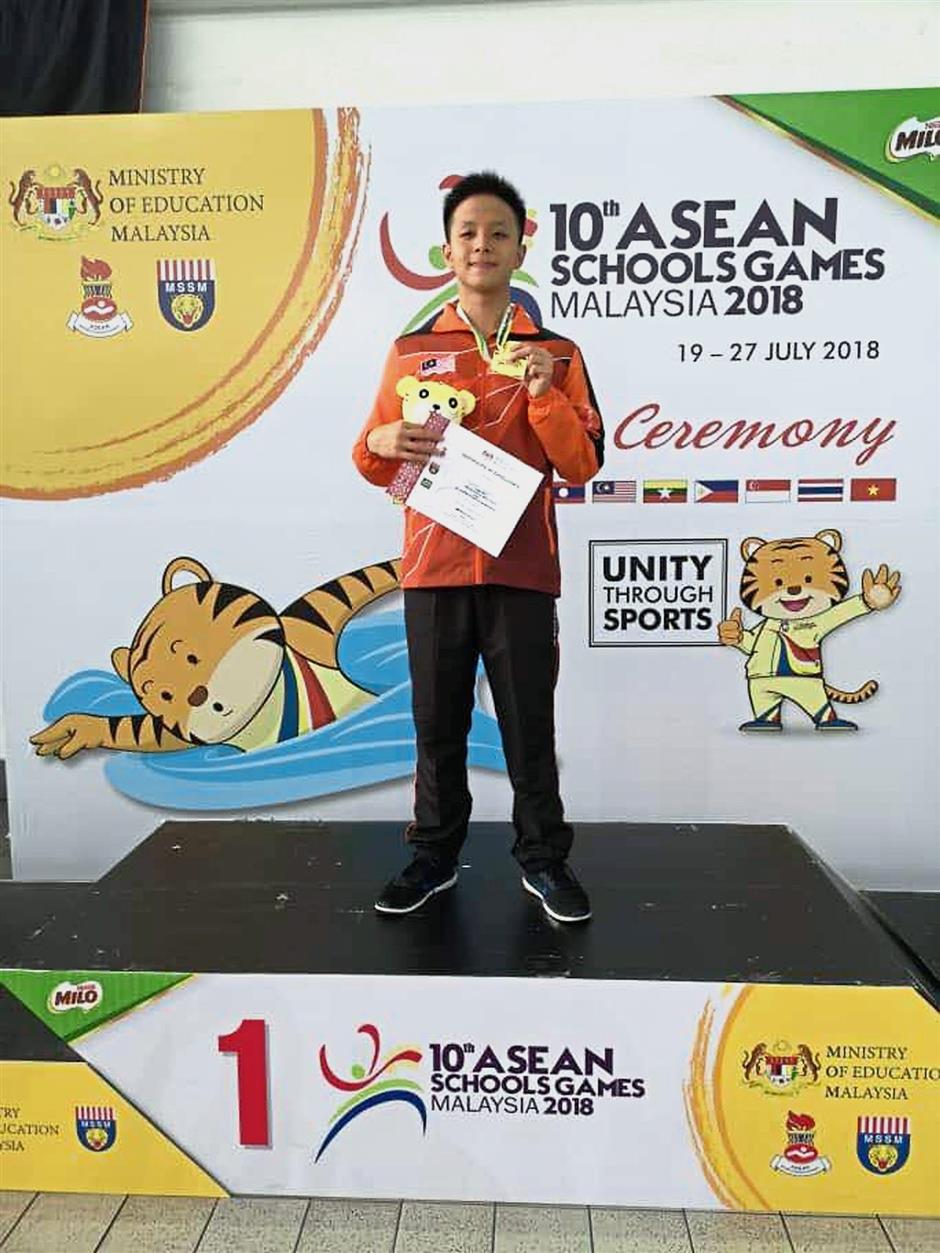 Ng Jing Fu earned his second gold in the Asean Schools Games after he finished first in the boys’ 200m breaststroke in 2:17.86, improving on the previous meet record of 2:19.05 held by Ilham Ahmad Trimudzi of Indonesia since 2016.

There were also record breakers in athletics as Malaysia strengthened their position at the top of the overall standings with seven more golds in the bag.

KL SEA Games gold medallist Grace smashed the meet record of 47.24m belonging to Thai Sawitree Kaewsukri with her third attempt of 59.65m, which later turned out to be the winning throw.

Grace will be pleased with her latest effort as it is not far off her national record of 60.99m set last year.

There were also gold medals won in table tennis and netball. Youth Olympics-bound paddler Alice Chang impressed by beating Tee Ai Xin 3-2 in an all-Malaysian final for the girls’ singles title while the netball team overcame Singapore 47-26 in the final.

Malaysia lead the medal tally standings with one day to go on 30-26-25.