Formula One F1 - Bahrain Grand Prix - Bahrain International Circuit, Sakhir, Bahrain - November 29, 2020 General view of the wreckage of the car of Haas' Romain Grosjean after he crashed out of the race Pool via REUTERS/Hamad I Mohammed

MANAMA (Reuters) - Romain Grosjean leaped to safety in a 'miracle' escape after his Haas car was ripped in half and engulfed in flames in a first-lap accident that halted Sunday's Bahrain Formula One Grand Prix.

The 34-year-old Frenchman, who was able to free himself from the wreckage and jump clear of the fire after the car penetrated the barriers, was taken to a nearby military hospital for checks.

"It is a miracle he is alive," said Britain's 1996 world champion Damon Hill, expressing his "absolute shock and horror" at the images on Sky television.

The impact was measured at more than 50G, according to a spokesman for the sport's governing FIA.

"We just haven’t seen anything like that since something like Gerhard's accident in Imola all those years ago," said Hill, referring to a fiery 1989 crash that ruptured the fuel tank on Austrian Gerhard Berger's Ferrari.

A Haas team spokesman said Grosjean had suffered minor burns on his hands and ankles and one or more suspected broken ribs.

Replays showed the Frenchman, whose Formula One career already looked to be coming to an end with Haas having announced the departure of both their drivers at the end of the year, limping away.

The race was delayed for an hour and 20 minutes as track workers removed the wrecked barrier and replaced it.

Lewis Hamilton, who has already won a record-equalling seventh title and was leading from pole position when the red flags came out, shook his head in disbelief as he watched replays.

"I'm so grateful Romain is safe. Wow... the risk we take is no joke, for those of you out there that forget that we put our life on the line for this sport and for what we love to do," said Hamilton on Twitter.

"Thankful to the FIA for the massive strides we’ve taken for Romain to walk away from that safely."

The death last year of Formula Two racer Anthoine Hubert at the Belgian Grand Prix was the first fatality at an F1 race weekend since Brazilian Ayrton Senna and Austrian Roland Ratzenberger died at the 1994 San Marino Grand Prix.

Jules Bianchi suffered serious head injuries in a crash at the Japanese Grand Prix in October 2014, succumbing to them in July the following year.

"When you see what is going on out there, if you see the barrier that is torn down, it’s unbelievable," said Steiner.

"I think we were lucky by being unlucky... we got away with it, I think."

Medical car driver Alan van der Merwe, one of the first on the scene, said it had taken "a little while" to process the situation.

"I’m sure it was only a second or so but it felt like ages. And then Romain just actually started to get out of the car himself which is pretty amazing after an accident like that," said the South African.

"The halo, the barriers, the seatbelts, everything worked how it should. Without just one of those things it could have been a very different outcome." 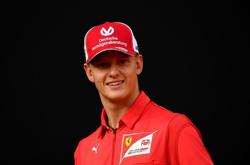 Marquez back in the gym after latest arm surgery
Domenicali says F1 could reduce and rotate races in future
Perez 'like a dog finding a new family' at Red Bull
No equipment upgrade but Morbidelli still well-equipped to succeed
Ducati sign up with MotoGP until end of 2026
Motor racing: Girl power returns to Indy 500 with women-led team
2020 MotoGP results bode well for SRT’s future with Yamaha
Nissany handed more F1 practice sessions with Williams
Monaco says F1 grand prix will go ahead this year
Plan to have DEC at Sepang to be re-evaluated