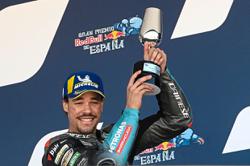 PETALING JAYA: It will not cost Petronas Yamaha Sepang Racing Team anything to have Italian legend Valentino Rossi ride for them next season.

Team principal Datuk Razlan Razali, in a video call, said Yamaha Motor will bear all expenses to have the nine-time world champion on board.

“When we got the offer to get Valentino, there were a few terms we had to meet but at the same time, we also want to make sure we were getting a good deal.

“The cost to get Rossi is paid by the bike manufacturer, not us.

“It is a multi-layer contract between Yamaha and Valentino, Yamaha and SIC as well as Valentino and SIC.

“He is not just a normal rider, this is Valentino, the discussions took a lot of time but we got it done,” he disclosed.

When asked if there is any chance his contract will be extended beyond 2021, Razlan said they will cross the bridge when the time comes.

“We will evaluate this from time to time. Our wish was to bring in a young rider but we made an exception (for Rossi) because of several reasons, so we will see how he performs.”

Rossi will have compatriot Franco Morbidelli for company in the satellite team, which are only into their second year in motor racing’s premier class.

Frenchman Fabio Quartararo, who has won three races so far and is leading the championship, will move to Yamaha’s factory team next year.

“In a normal season, we will evaluate not just Valentino but also other riders. But because of Covid-19 and the season starting only in July, it was hard for us to look at other potential signings.

“Normally, if we are to bring in a rider from Moto2 to MotoGP, we need time to see his performance level. But the season only started two months ago and we could not really consider who we want.

“Valentino is a legend and it’s not good for him to retire in a season affected by Covid-19. 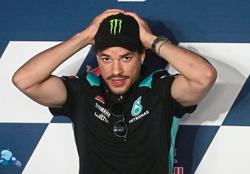