A file picture of Farah Ann in action during the Kuala Lumpur SEA Games in Aug 23, 2019. - FAIHAN GHANI/The Star

The 25-year-old made the cut by virtue of finishing 16th out of 20 qualifiers in the qualifying session based on her individual all-around result at the World Championships in Stuttgart, Germany on Saturday (Oct 5).

It is based on the third criteria as set by FIG, the governing body for Olympic qualification.

There are seven criteria for selection in total.

Farah is the first Malaysian woman artistic gymnast to feature in the Olympics after 20 years. Her senior Au Li Yen last featured at the 2000 Sydney games.

She is only the third Malaysian gymnast to feature in the Olympics.

Her coach Ng Shu Wai took part in the 2004 Athens Olympics in the men's artistic event. 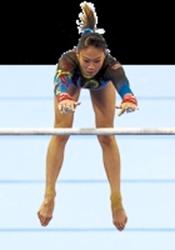 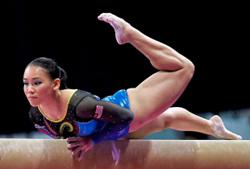