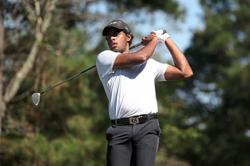 MALAYSIA’S representation at both the men’s and women’s Amateur Asia-Pacific Championships in the United Arab Emirates bodes well for the future of this country’s golf.

Malaysia’s top-ranked Khavish Varman Varadan finished in the top-20. And while he might have expected to have done better, it was a reasonably good performance in the face of some of the world’s best amateurs, including the World Amateur Golf Rankings (WAGR) number one Nakajima.

The Women’s Amateur Asia-Pacific Championship, held at Abu Dhabi Golf Club and which came to an end yesterday, had no fewer than six Malaysians in the field, five of whom made the halfway cut.

At the time of writing, Thailand’s Natthakritta Vongtaveelap had a three-shot lead at 15-under and a total of 198. The young lady, who turned 19 years old this week, dropped just one shot over her first 54 holes and always looked in control of her game.

The cut line after the second round was at two-over with 52 players still in the field. These players were drawn from eight countries and included Australia, Chinese Taipei, India, Japan, Malaysia, Singapore, South Korea and Thailand.

There were 31 players under-par after the opening two rounds and they included four of Malaysia’s six players in the event.

Malaysia’s sixth player in Abu Dhabi, Zi Yu Foong, missed the cut after a nine-over total for the first two days of the region’s biggest amateur tournament that is jointly organised by the R&A, the world governing body, and the Asia-Pacific Golf Confederation, and sanctioned by the Emirates Golf Federation.

Khavish will look back on the Dubai Creek event where he finished tied for 18th with some ruefulness, but he did well overall in the circumstances. His second round one-over-par 72 is maybe where he will feel he let himself down. On each of the other three days he shot two-under 69s to finish at five-under-par 279.

In contrast, Nakajima and Taicho Kho finished tied at 14-under 270 and left a playoff to decide the winner.

Nakajima duly buried a 25-foot putt on the second playoff hole to win the Asia-Pacific Amateur title. And with the victory he will be invited to the 2022 Masters, where his fellow Japan countryman Hideki Matsuyama is the defending champion, the US Open and British Open.

Nakajima was already exempt into next year’s Open at St. Andrews Golf Club in Scotland by virtue of his McCormack Medal as the world’s top amateur.

He became the third Japan winner of the Amateur Asia-Pacific Championship that was inaugurated in 2009.

Speaking to the media, he said: “I’m excited and I’m very happy to follow (compatriots) Hideki and Takumi (Kanaya) in winning the event. It is so nice.”

Marcus Lim, Rizq Adam Rohizam and Nateeshvar Anatha Ganesh were the three other Malaysians in the men’s event. 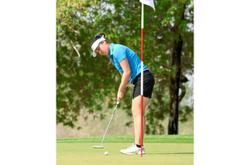 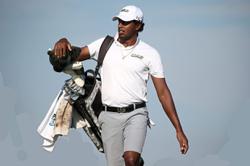