Tiny but mighty: Syafik Ismail (second from right) will bring his A-game against Vietnam.

STANDING at 1.63m, diminutive Mohd Syafik Ismail is often dwarfed by larger and burlier opponents and the crunching tackles, body charges or even marking on him can look painful.

But it’s not easy to take him down. The Terengganu winger actually thrives on these challenges, especially at the Games football tournament.

Like one of those roly-poly dolls, he bounces back up when hit and even harries players who are bigger than him when he loses the ball.

The player fondly known as “Kacang” seems to be Brad Maloney’s super-sub whenever he needs a goal and Syafik’s fighting spirit has buoyed the Under-23 team whenever he comes on.

Some have even called him “Messi” because of his size, his dribbling skills and penchant for using his left foot. However, he acknowledges he is nowhere near the Paris St Germain’s Argentinian great whom he idolises.

Maloney will surely be hoping that Syafik can bring some Messi-like magic when they face favourites Vietnam in the semi-final at the Viet Tri Stadium in Phu To tomorrow.

Asked where he gets the fighting spirit, Syafik had one simple answer: “My late father – Ismail Tahar. He was the reason I got into the game.

“Whenever someone hits me on the field, he would tell me to get up and just play on. He always said to me that the ‘ball is your best friend, ignore the bigger players’.

“So, whenever I am on the pitch, I can only think of my father. Honestly, I wish he could see me in national colours.

Syafik, however, knows he has much more to do with the Harimau Muda.

He said he had not done his best yet, but will surely bring his A-game against the hosts.

“We will have to give our 200% until the end of the final whistle because they have the crowd behind them as well.

“I am new to the international stage. At times, I do feel nervous, but that does not stop me from giving my best. I do hope people back home will pray for our success.

Coming from “Kacang”, that’s a fact. He could drive the Vietnamese nuts tomorrow. 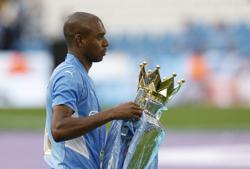